GDOT asking for public input on I-85 corridor safety

What could be done in the wake of Saturday's deadly tanker truck crash to improve highway safety? 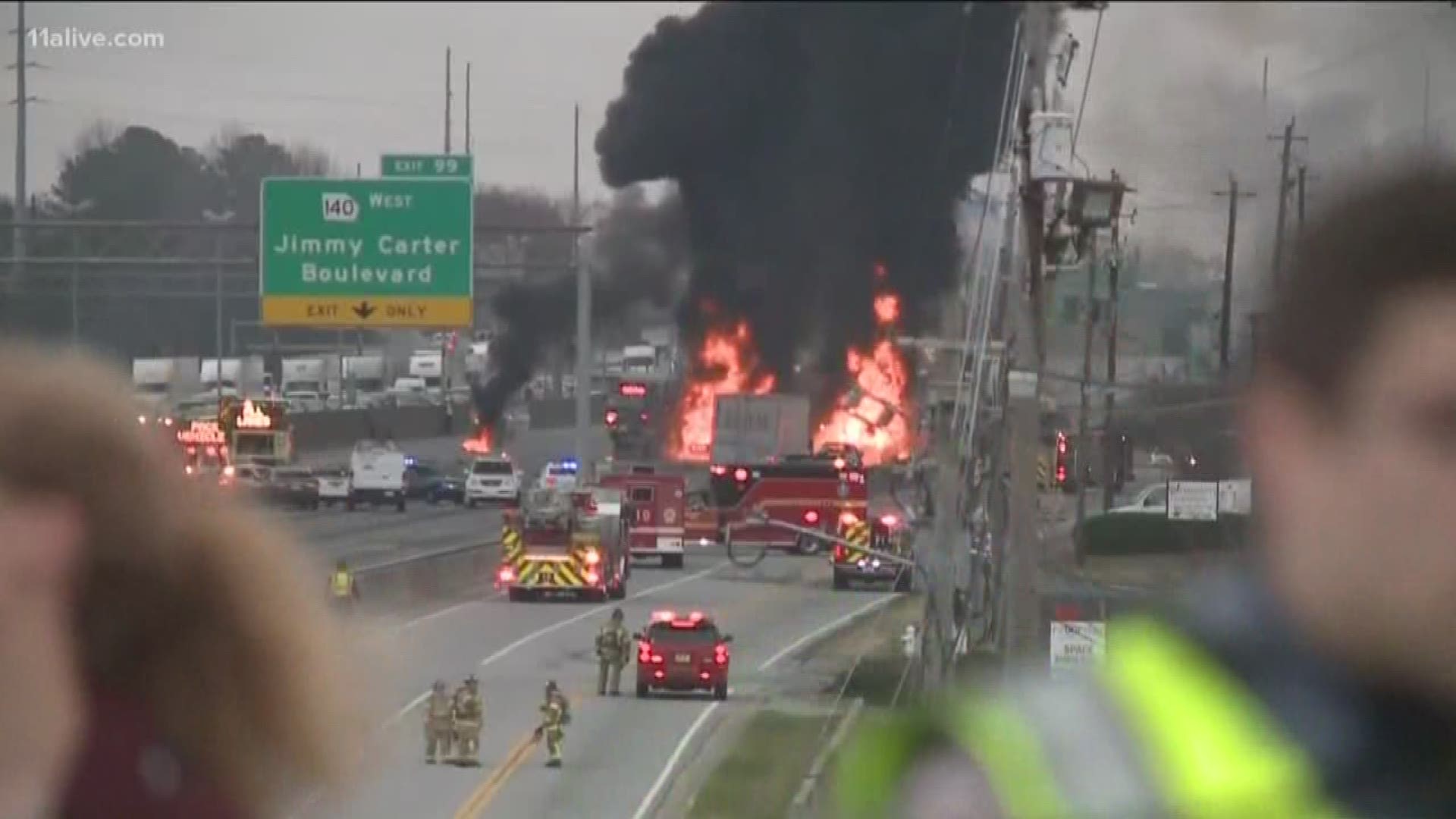 GWINNETT COUNTY, Ga. — Can the state do more to make sure a fiery wreck like Saturday's crash that killed two people on Interstate 85 in Norcross does not happen again?

That is a question that many 11Alive viewers are asking after the tanker crash that shut down the interstate for more than 10 hours on Saturday.

A truck transporting 8,500 pounds of fuel, slammed into a car that had stopped after an earlier wreck, and immediately burst into flames, killing both drivers.

The tragic wreck came as Georgia Department of Transportation and Gwinnett County officials are taking a hard look at safety along the I-85 corridor. Public meetings are already taking place this week, with the first one scheduled for Norcross on Tuesday.

GDOT said it is asking the community what solutions they feel could ease congestion and improve safety.

In the wake of Saturday's deadly wreck on I-85 and the massive back-up that followed, many are questioning whether truck traffic should be separate from commuters in and around Atlanta.

GDOT is studying a comprehensive corridor about 18 miles long on I-85 between I-285 in DeKalb County and I-985 in Gwinnett County.

The goal of the study is to improve traffic operations, but in a way that the public and stakeholders want.

"In studies like this everything is on the table, we don't take anything off the table," said GDOT spokesperson Natalie Dale. "We look through everything as we move through the study and part of that study very well may be a truck only lane like we are going to see south of the city, coming up from Macon."

In just two years, construction will begin on the nation's first non-tolled, truck-only interstate lanes. Those lanes will run from McDonough to Macon on I-75, and are expected to open to traffic in 2028.

Now, whether we will see truck lanes like that on I-85 is still to be determined.