Four new cameras are being installed...speeders will be sent tickets in the mail 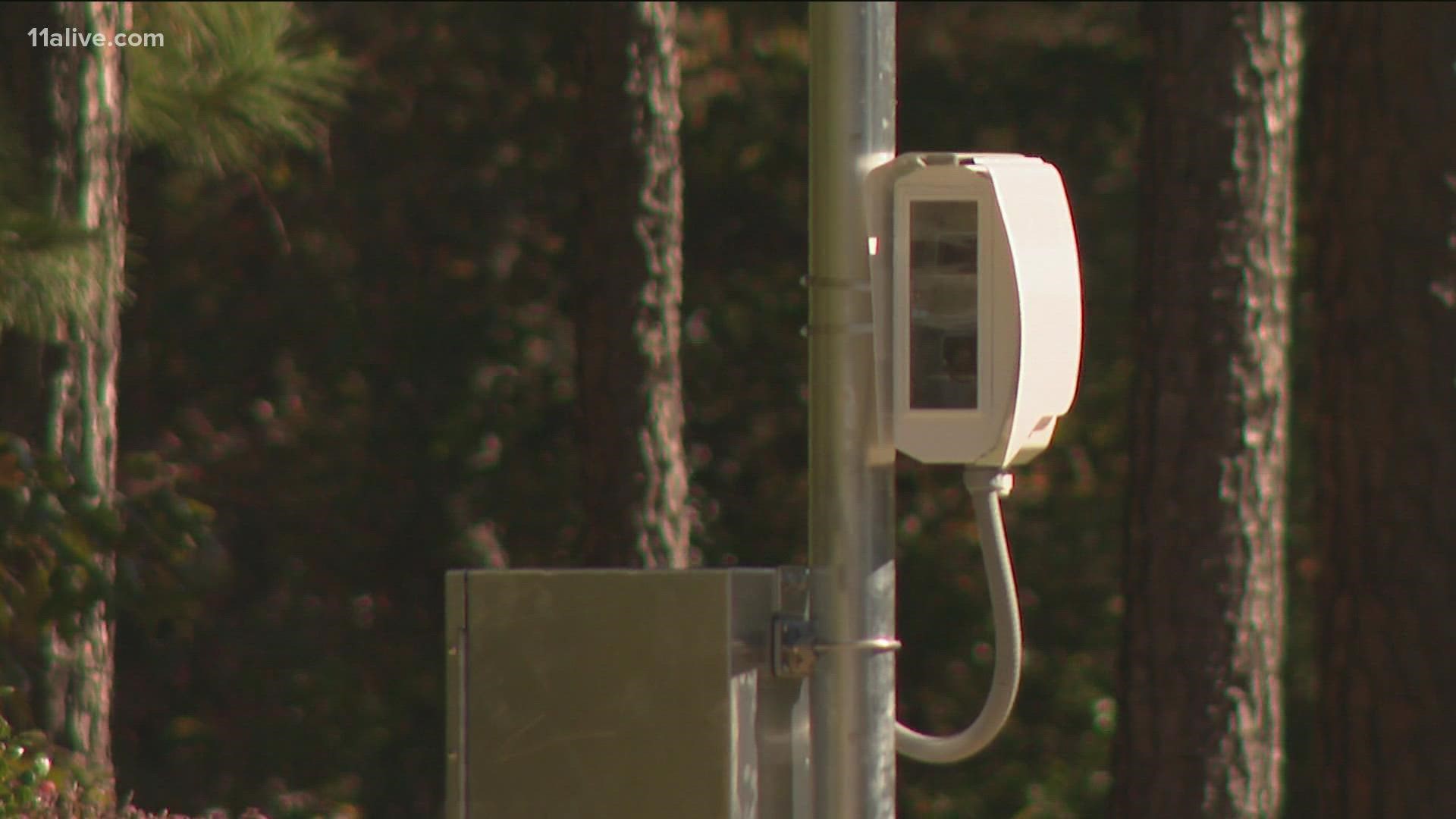 GWINNETT COUNTY, Ga. — Drivers in Gwinnett County have another reason to slow down in school zones, with more cameras in place taking pictures of speeding cars.

After Gwinnett County Police confirm the violation, a ticket will be mailed to the driver.

School Resource Officer Rolando Jimenez says he wishes these would've been in place years ago when he was hit by a car in front of Lanier High School.

"She hit me full speed -approximately 50 miles per hour- it happened so quick," Jimenez said.

Jimenez says he woke up 8 days later with a broken jaw, crushed pelvis, damaged knees and internal bleeding. He says it took years to recover and it all could have been avoided.

"People need to put their phones down and slow down," Jimenez said.

The first of these new cameras were placed at Duncan Creek Elementary in Hoschton last week.

According to the camera company, Redspeed, there were more than 430 speeders caught on camera between November 10-16, during school zone hours.

Redspeed tells 11Alive that the most speeding occurred between 8 and 9 a.m., with the fastest car was going 74 mph in a 35 mph zone!

Over the next few months, cameras will also go up at Anderson-Livsey Elementary in Snellville, Graves Elementary in Norcross and Lanier High School, where Jimenez was hit, in Buford.

The first 30 days will be a grace period with only a warning being mailed, but after that passes– the first violation will cost $75 and every ticket after will cost $125.

Jimenez says he's more comfortable back at work knowing the cameras are there.

"The major goal is the safety of the kids coming to the school," Jimenez said.