The crash left several lanes of the Interstate shut down for hours. 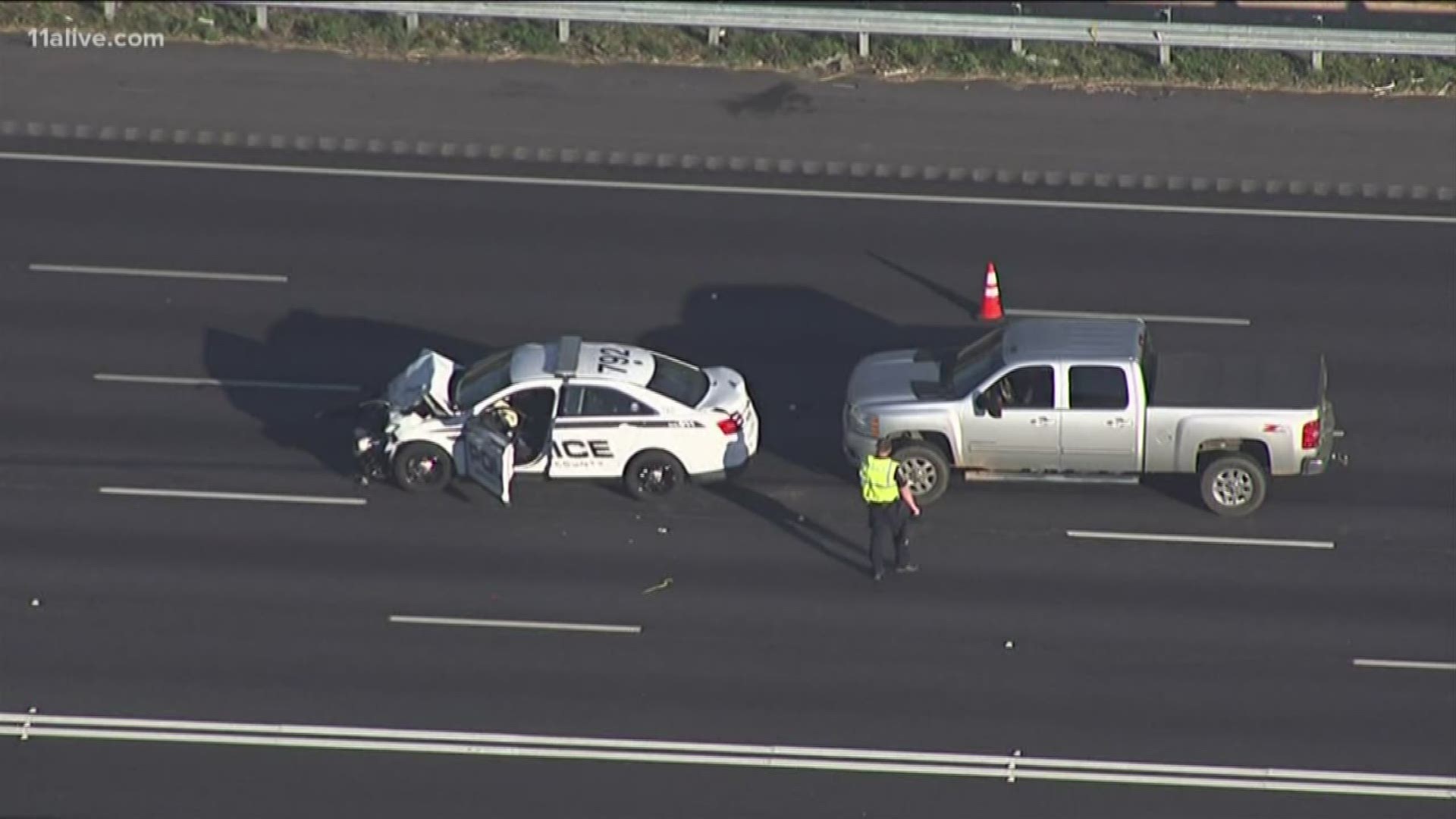 GWINNETT COUNTY, Ga. — Traffic is running smoothly again on I-85 north in Gwinnett County after a serious accident left several lanes closed in the peak of rush-hour traffic.

According to Gwinnett County Police, the accident involved four cars, including a police car, and blocked four lanes - just south of Lawrenceville-Suwanee Road.

Police say the officer radioed that he had been involved in the crash shortly before 5:30 p.m. Investigators said the officer was seriously injured and was unable to help assess the others injured.

The three other cars were taken to police headquarters for "further analysis."

After completing an initial investigation, police said it appears the officer was driving north on I-85 when he hit the back of Wood's Kia Sorento, causing a the chain of events.

Police said the crash shut down portions of the interstate for 2.5 hours while crews worked to investigate and clear the crash, the cause of which is still under investigation.

Both Ramsey and Wood are still hospitalized with serious injuries.