Here are the deadliest highways and roads in Ga.

20% of the fatalities stemmed from drunk driving wrecks. 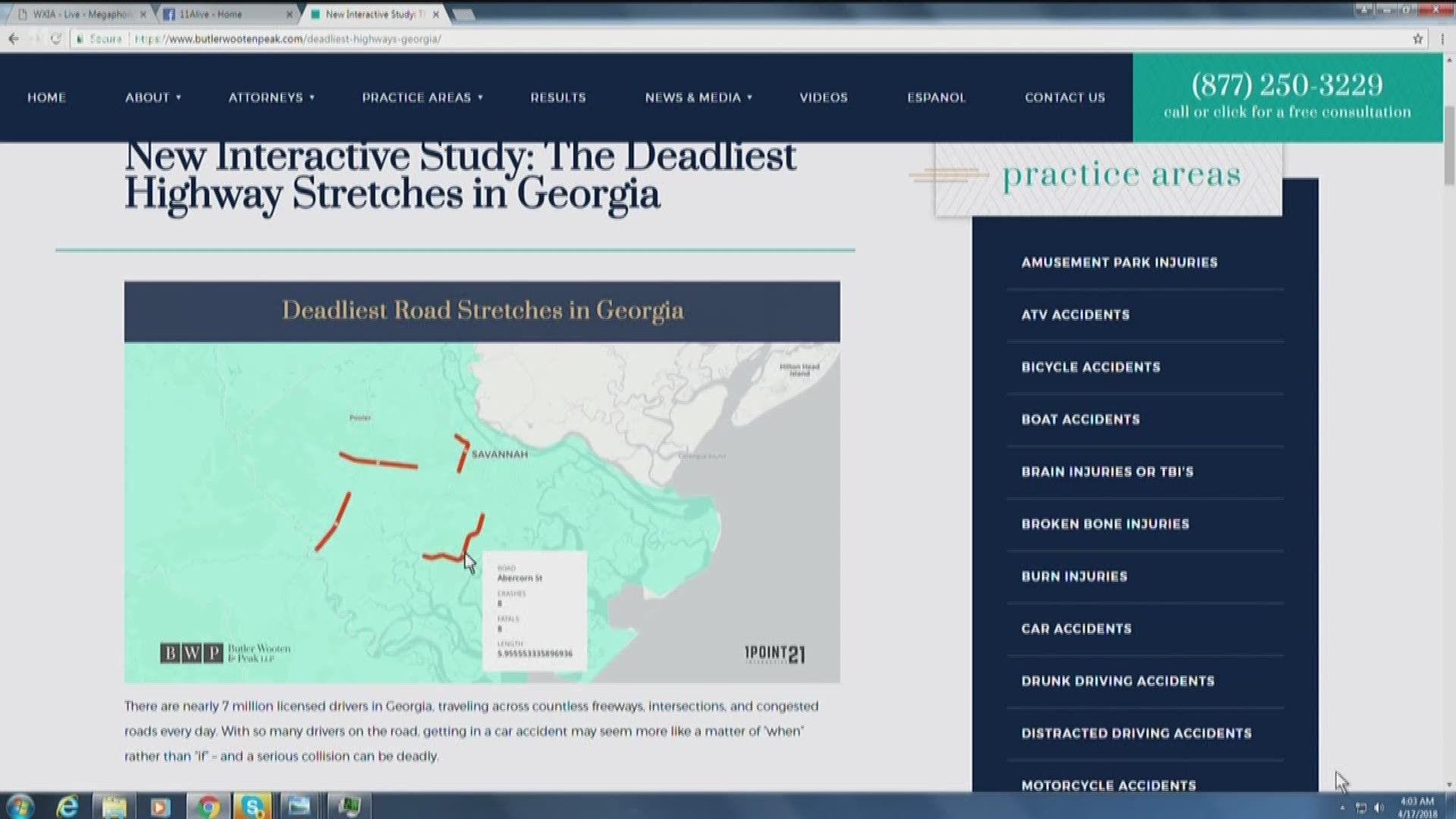 According to a study done by a local law firm, Atlanta has some of the most deadly roads in Georgia.

According to BWP LLP, there are nearly 7 million licensed drivers in Georgia and quite a few freeways, intersections and the all-too-familiar congested roads.

They used motor vehicle fatality data from 2013-2015 and they analyzed all major interstates, highways and primary arterial corridors in Georgia to see which ones had the highest number of fatal crashes.

With all of this information, they compiled a list of some of the deadliest highways in Georgia.

Atlanta contained 13 of the deadliest stretches of roads. The total length of the roads totaled nearly 40 miles and had 97 fatal crashes and 101 fatalities.

Old National Hwy. tops the list of roadways in Atlanta with fatal crashes and fatalities but I-20 located in the northwest neighborhood of Summerhill takes the cake.

The other top cities that contained some of the most deadly roadways was Augusta, Savannah, Athens, Macon and Decatur.

Some other noteworthy roads, according to the law firm, was I-285 in East Point, Tara Road in Jonesboro and I-75 in Kennesaw.