The president and first lady will be traveling in and out of Gwinnett County. 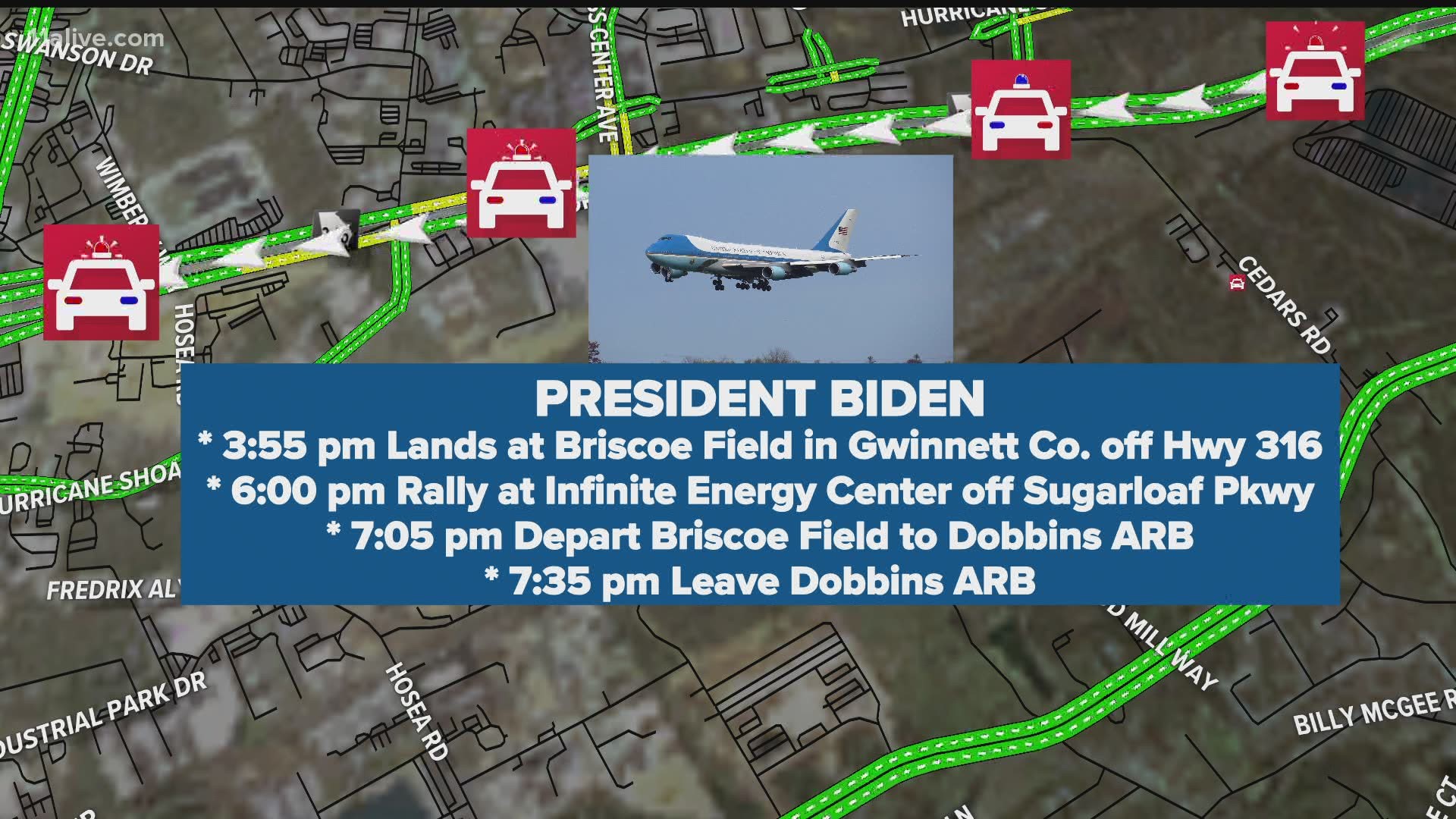 GWINNETT COUNTY, Ga. — President Joe Biden will be in metro Atlanta on Thursday, part of a visit to Georgia to celebrate his 100th day in office.

RELATED: What we know about President Biden's planned Georgia visit

The president will first visit former President Jimmy Carter in south Georgia this morning, before flying to Gwinnett County where a drive-in rally will be staged this evening.

So what does it mean for Gwinnett County commuters?

If you use Sugarloaf Parkway between Satellite Blvd. and Meadow Church Rd., it means you've got to find a different way.

Gwinnett Police said that stretch will be closed in both directions for the entirety of the two-hour period from 5 p.m.-7 p.m.

"Alternate routes will be in place, but severe delays are expected. Make plans to avoid the area if possible, congested traffic is expected," a release said.

The Bidens will arrive at Gwinnett County Airport, and to reach Sugarloaf Pkwy. to get to Infinite Energy Center, they'll need to travel west on Hwy. 316 outside Lawrenceville.

Gwinnett PD did not say for how long those two other roadways could possibly be affected. Previous presidential visits have utilized temporary rolling roadblocks for the motorcade.

The Bidens will return to Gwinnett County Airport at 6:40 p.m., again most likely affecting I-85 (South, this time) and Hwy. 316, before traveling to Dobbins Air Reserve Base (presumably aboard Marine One). The trip from Infinite Energy Center back to the air field is expected to take about 15 minutes.