Georgia bridge over I-16 to be demolished after truck crashes, shifts it six feet

GDOT Commissioner Russell McMurry said depending on how the demolition goes, I-16 is expected to fully re-open by mid to late next week. 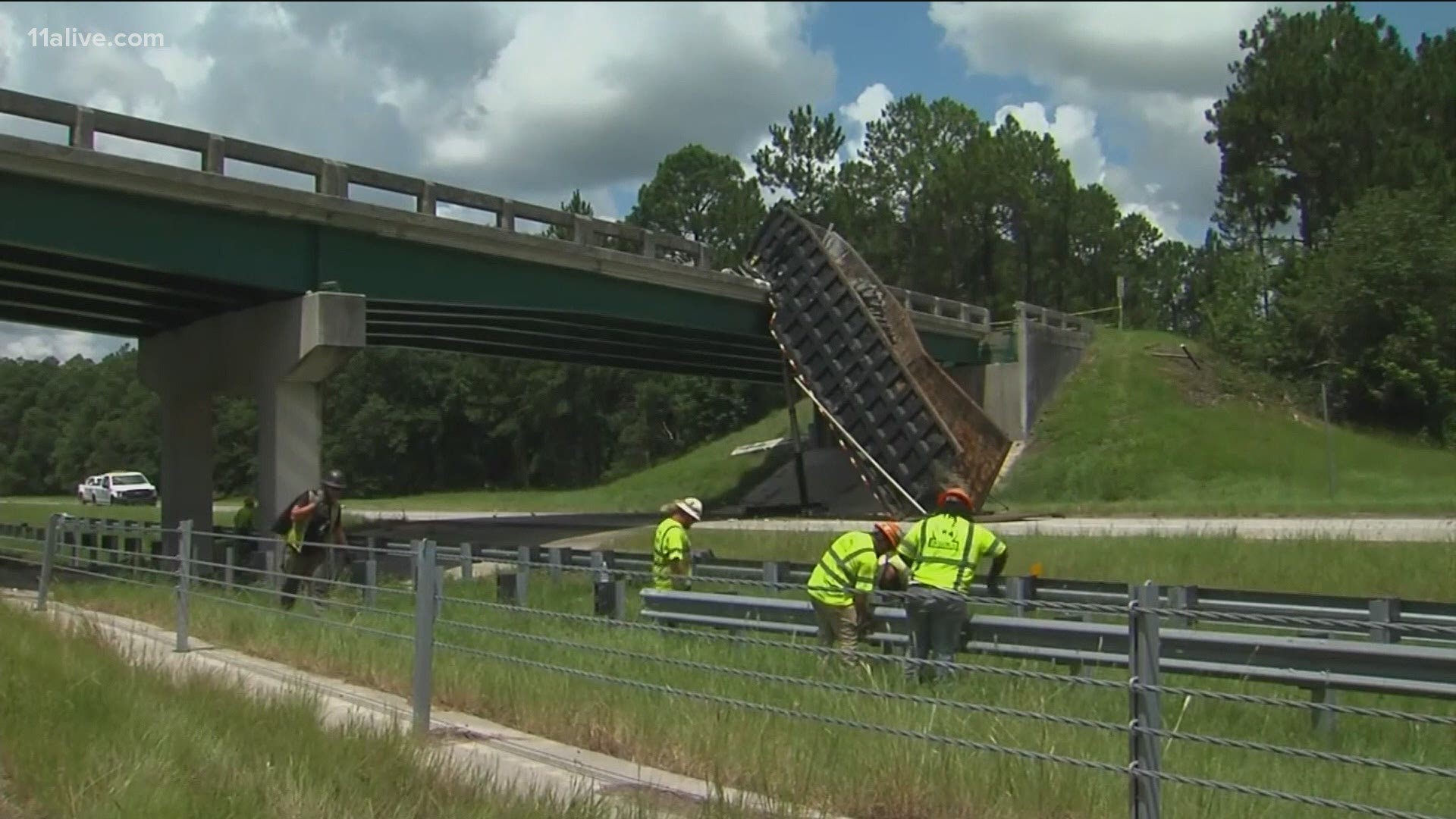 TREUTLEN COUNTY, Ga. — Gov. Brian Kemp and Georgia Department of Transportation Commissioner Russell McMurry gave an update on the closure of Interstate 16 after a truck crashed into a bridge shifting it six feet early Thursday morning.

"Thankfully no one was hurt or killed in this incident," Gov. Kemp said.

GDOT Commissioner Russell McMurry said the bed of the dump truck was up and it struck the bridge with a large amount of force and shifted it out of its support.

"Part of it is suspending in mid-air," McMurry said.

McMurry said the first priority is safety and that was the necessity of closing I-16.

The demolition began early Friday morning. The plan is to open one lane westbound from Savannah to Macon by Sunday and open lane eastbound by Monday.

"We already have crews out there preparing for the demolition," McMurry said.

McMurry said depending on how the demolition goes, I-16 is expected to fully re-open by mid to late next week.

All lanes east and westbound are currently closed between Exits 71 and 78 in Treutlen County, between Savannah and Macon.

RELATED: Gov. Kemp gives update on I-16 closure after truck crashes into bridge over highway, shifting it six feet

GDOT posted several photos of a large dump truck leaned over on the bridge along Georgia State Route 86.

I-16 is the main route between metro Atlanta, Savannah and Hilton Head Island in South Carolina. The bridge is about 150 miles southeast of Atlanta.

"We did try to lessen the impact by splitting the westbound and eastbound detours," McMurry said.