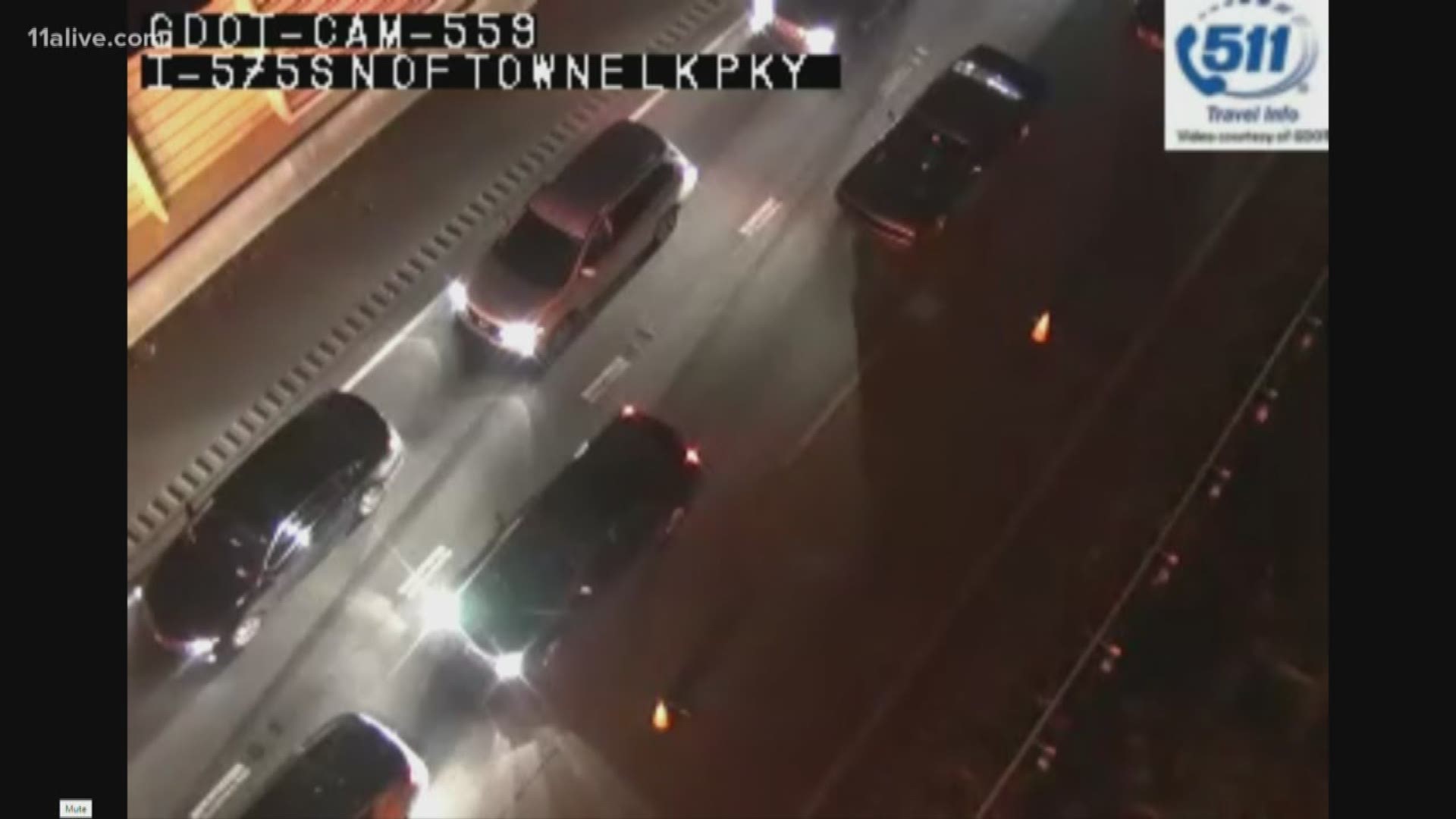 CHEROKEE COUNTY, Ga. — A suspect has been taken to the hospital after a chase ended in a crash on I-575 Monday evening in Cherokee County, authorities said.

According to Georgia State Patrol, a trooper was in pursuit of a 1997 GMC Yukon in the southbound lanes on the interstate. As he conducted a P.I.T. maneuver, GSP said the trooper's patrol car and the Yukon overturned.

The trooper was not hurt, but law enforcement officers said the suspect was taken to the hospital.

According to Woodstock Police, traffic is down to one lane in the area. A Georgia Department of Transportation camera shows emergency crews are in the area.

The reason for the initial traffic stop is not known at this time.