The GSP said one driver was seriously injured when it was rear-ended by another big-rig. 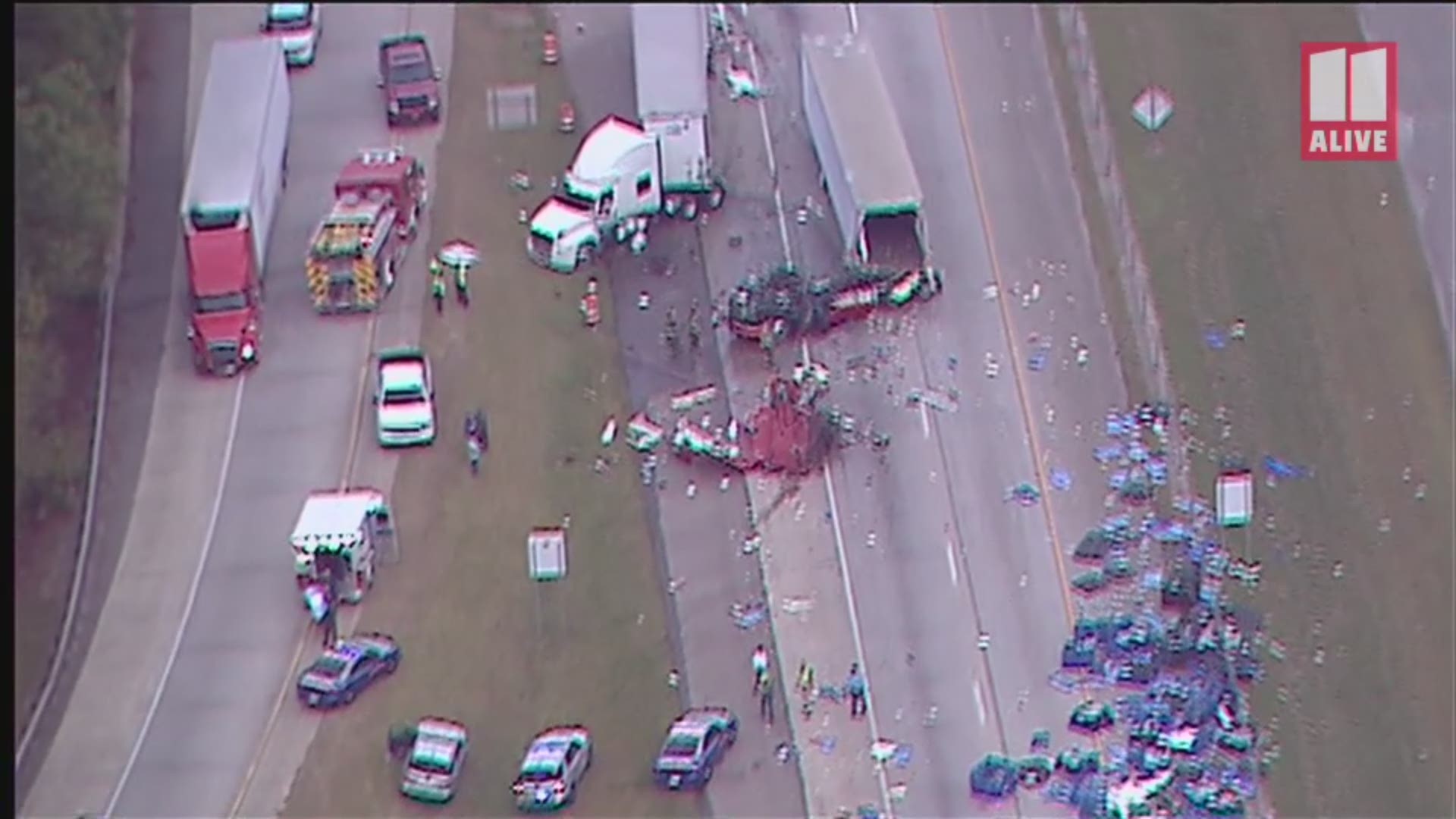 VILLA RICA, Ga. — A tractor-trailer driver who was trying to exit I-20 is now getting treatment at Grady Memorial Hospital for serious injuries after he hit an illegally parked truck that had a driver sleeping in it.

The Georgia State Patrol said that they were called to assist in handling an accident on I-20 in Villa Rica on Friday after learning of a potentially fatal accident.

The crash happened along I-20 exit 24 in the gore - or the striped section of road that separates the exit lane from the rest of the lanes. Based on their preliminary investigation, the GSP believes the first truck was improperly parked in the gore area and its driver was in the sleeper compartment.

At some point, a second tractor-trailer that was also on the westbound side attempted to exit the road and struck the rear of the parked truck.  The crash happened with such force that the second tractor-trailer separated from the chassis and the driver was trapped. Crews managed to extricate the man and had him flown to Grady.

The second truck was also carrying pallets of brake rotors and, according to the GSP, the entire load scattered onto the interstate blocking all lanes.

Despite the initial concerns that the crash may have been fatal, the GSP said no one has reportedly died.