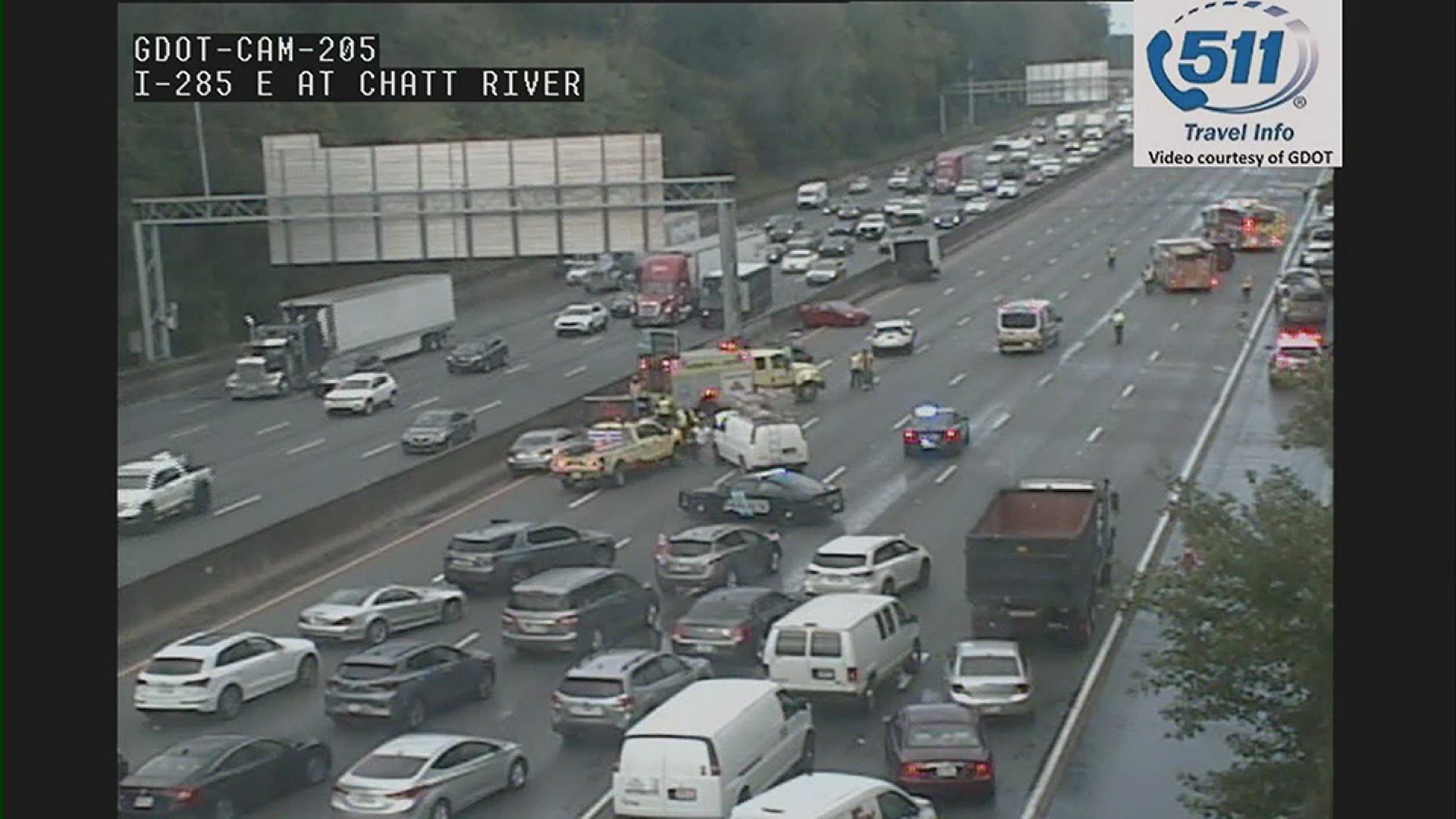 ATLANTA — Crews on the northwestern edge of I-285 are warning motorists heading east to expect major slowdowns due to an accident involving several vehicles. And while the accident has been cleared, traffic issues could continue.

The Georgia Department of Transportation reports up to 17 cars were involved in an accident on I-285 eastbound in the New Northside Drive and Powers Ferry Road area.

All lanes in the area were initially blocked but were eventually cleared as vehicles were moved off to the sides of the interstate. Just after 5 p.m., officials reopened the lanes.

It's not yet clear what caused the accident, how many people were injured or how bad those injuries are.

In the meantime, drivers should still find alternate routes or prepare to wait behind the backup that began growing when the accident occurred.