Another fire breaks out under I-85 in Atlanta

ATLANTA — Another fire broke out under Interstate 85 in Atlanta, after a similar incident earlier in the week.

The southbound lanes of state Route 13/Buford-Spring Connector were closed as firefighters worked the scene. The Atlanta Fire Department has not released the cause of the fire but did say trash and debris were burning.

Traffic on Buford-Spring Connector headed north was backed up for miles but reopened after about an hour. Traffic on I-85 was not impacted.

Smoke could be seen billowing out from below from between the roadways. My News' Donovan Harris drove by the area on I-85 and saw thick gray smoke.

"It reminded me a lot of the big bridge collapse that happened in 2017, so I was concerned that it had the potential to grow a lot more and cause more damage," he said.

RELATED: What we know about the fire that was under the I-85 bridge

The Georgia Department on Transportation told 11Alive they inspected the bridge after the fire was put out and said there was no damage.

This is the third fire in that area over the last week.

Last Friday, officials said the small fire under the bridge appeared to be from a homeless encampment. They had trouble accessing the site and had to drag the hoses by hand.

On Wednedsay this week, there was a brush fire near Lindbergh and I-85 after, officials said, two homeless people got into a fight and set one of their belongings on fire.

In January 2019, two years after the I-85 bridge collapse, a fire in the same area gave motorists a disturbing reminder of that infamous event. Just after midnight, crews were battling flames under the bridge. 11Alive's cameras captured the high flames.

Fire under I-85 bridge, again 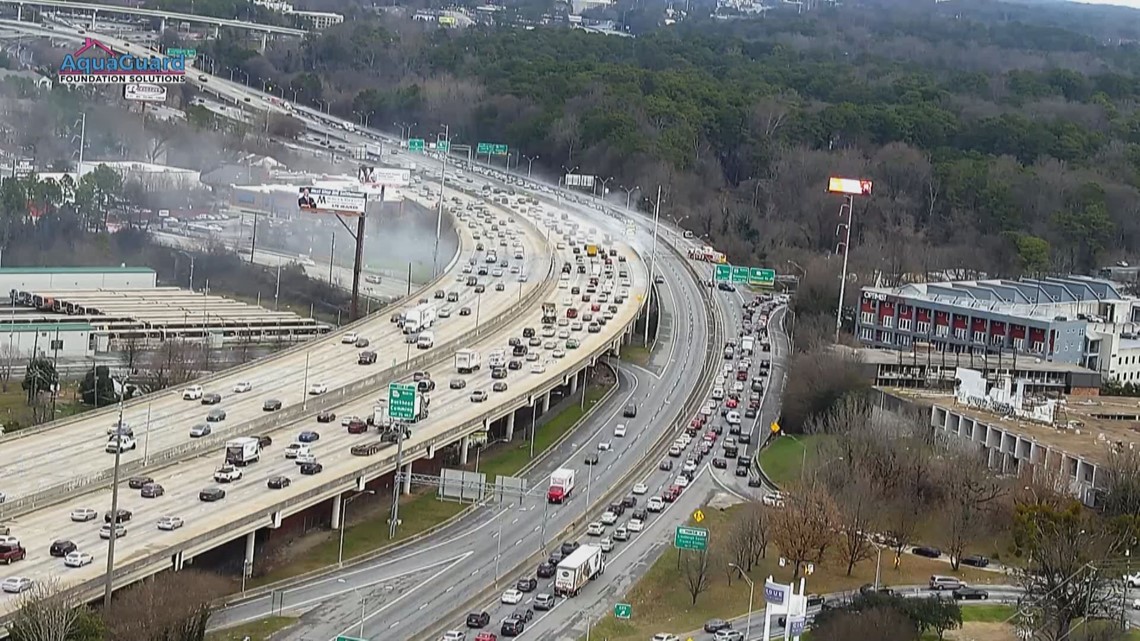 GDOT said they are working with Atlanta Police to enforce laws around people occupying the areas under their bridges. Since 2017, they said, "GDOT enacted and strictly adheres to a policy that prohibits the storage of flammable or otherwise hazardous materials under bridges."

After Thursday's fire, the Atlanta Police Department said they work with various agencies to "assist individuals living in encampments on public rights-of-way and private property."

"Our goal is to work collaboratively with those agencies to find appropriate housing and other services for individuals experiencing homelessness, in the interest of public safety for all parties involved."