The incident happened just before the Downtown Connector. 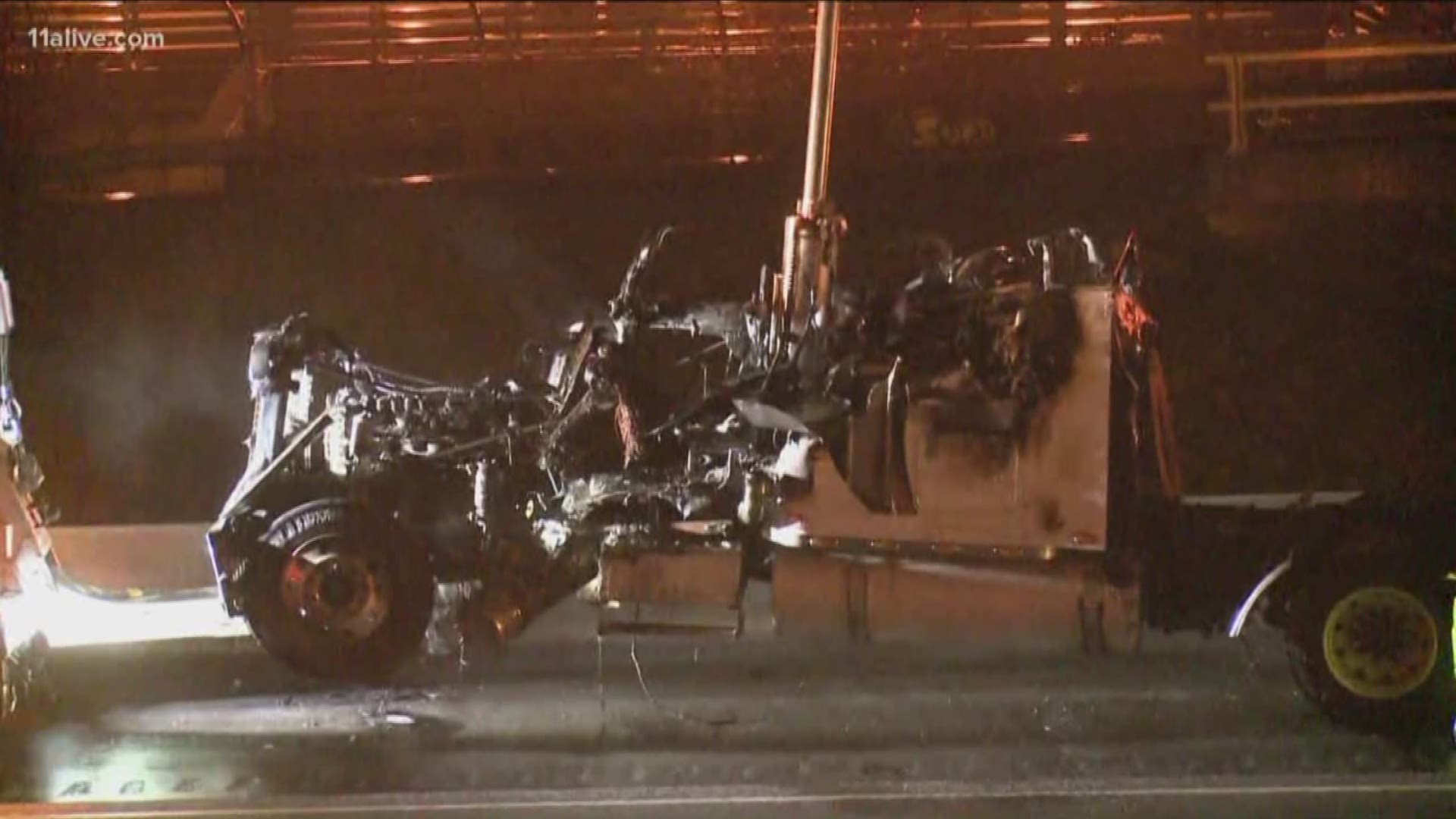 ATLANTA — Commuters are dealing with major backup as they approach the Downtown Connector in Atlanta this morning, after a tractor-trailer fire earlier.

One lane remains shut at the 10th/14th/17th St. exit. Multiple response vehicles appear to continue to be at the scene.

It's not clear if there were injuries in the fire.

The Georgia Department of Transportation projects the scene will clear by about 7 a.m.

Backup is extending from just before you reach the Connector to nearly as far back as where I-85 meets GA-400.

Alternatives include Peachtree Road for those coming in on GA-400.

Traffic Tracker Crash Clark says that once drivers pass this wreck it's about a seven-minute drive into the city.

Meet the voice of the 'plane train' at Atlanta's airport