The driver, who stayed on the scene, was not cited. 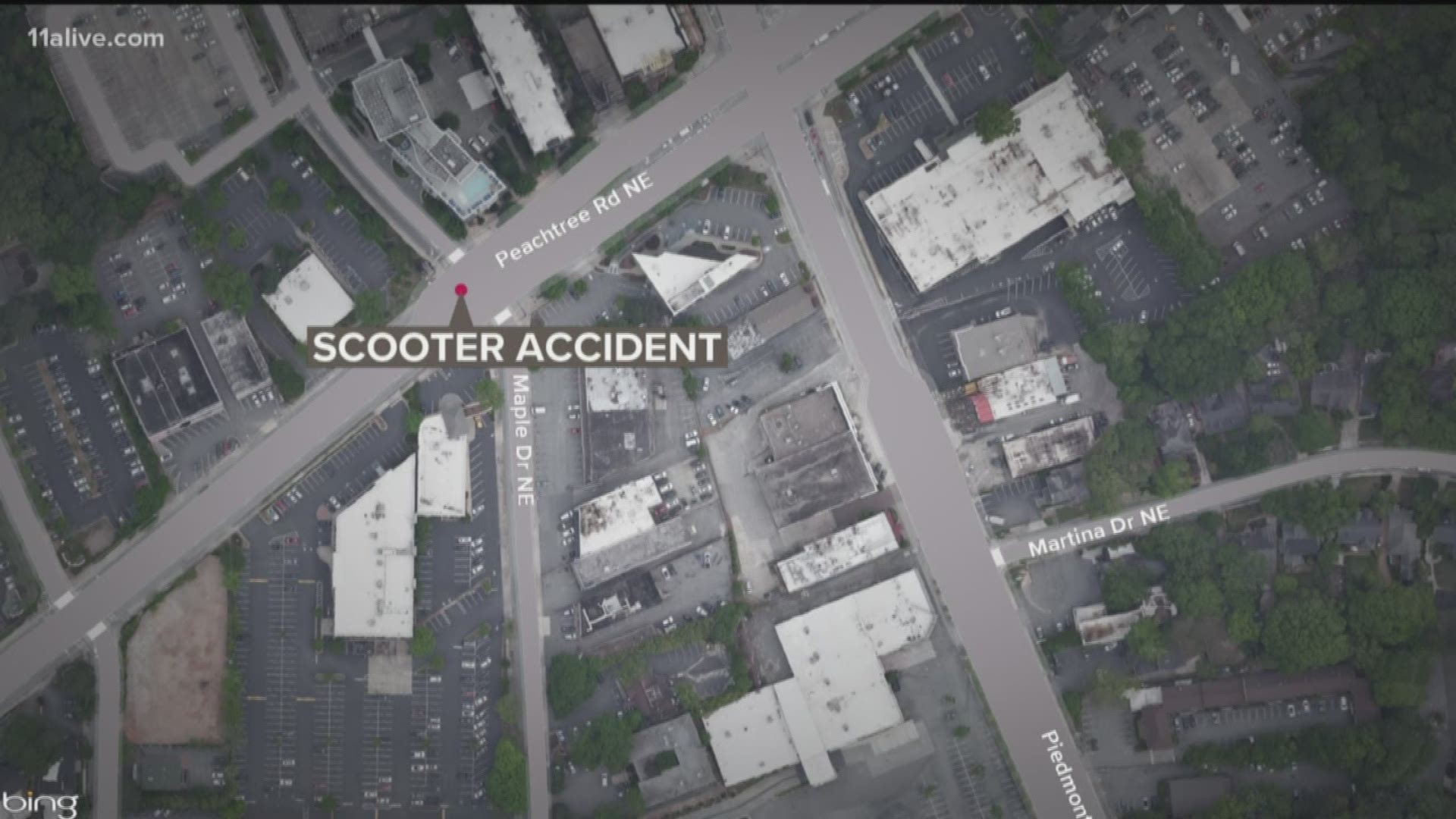 ATLANTA — Atlanta Police said a juvenile riding an e-scooter was hurt in a crash Monday night.

The incident happened near Peachtree Road and Maple Drive around 9:55 p.m.

When officers arrived, they said the victim had a head injury, but was alert, conscious, and breathing. The juvenile was taken to the hospital for medical treatment.

Police said their investigation revealed that the victim did not obey the traffic control device and was therefore, at fault. The driver, who stayed on the scene, was not cited.

E-scooters have been a hot topic in the City of Atlanta. Earlier Monday evening, city officials said Mayor Keisha Lance Bottoms introduced legislation to "codify into city code an executive order for repealing the Department of City Planning’s authorization to issue new permits" for the dockless devices.

This legislation would permanently repeal the department's ability to accept permit applications and to issue permits for the devices, city officials said in a news release.

“Given the serious effects these devices have on our infrastructure, public safety, and quality of life, the City cannot allow this rapidly growing industry to move faster than our ability to regulate it,” said Mayor Bottoms. “In the coming weeks, this administration will introduce a larger solution to keep our streets safe for all modes of transportation—including scooters, cars, bikes and wheelchairs—and ensure greater equity in mobility.”

RELATED: Husband of scooter crash victim: 'Amber gets to save some lives today'

E-scooter rider fell before being hit by bus in Midtown: Police