Large sinkhole shuts down road between Rockdale schools in Conyers. Here are the routes you should take.

The sinkhole has continued to grow since the ground opened up, police said. 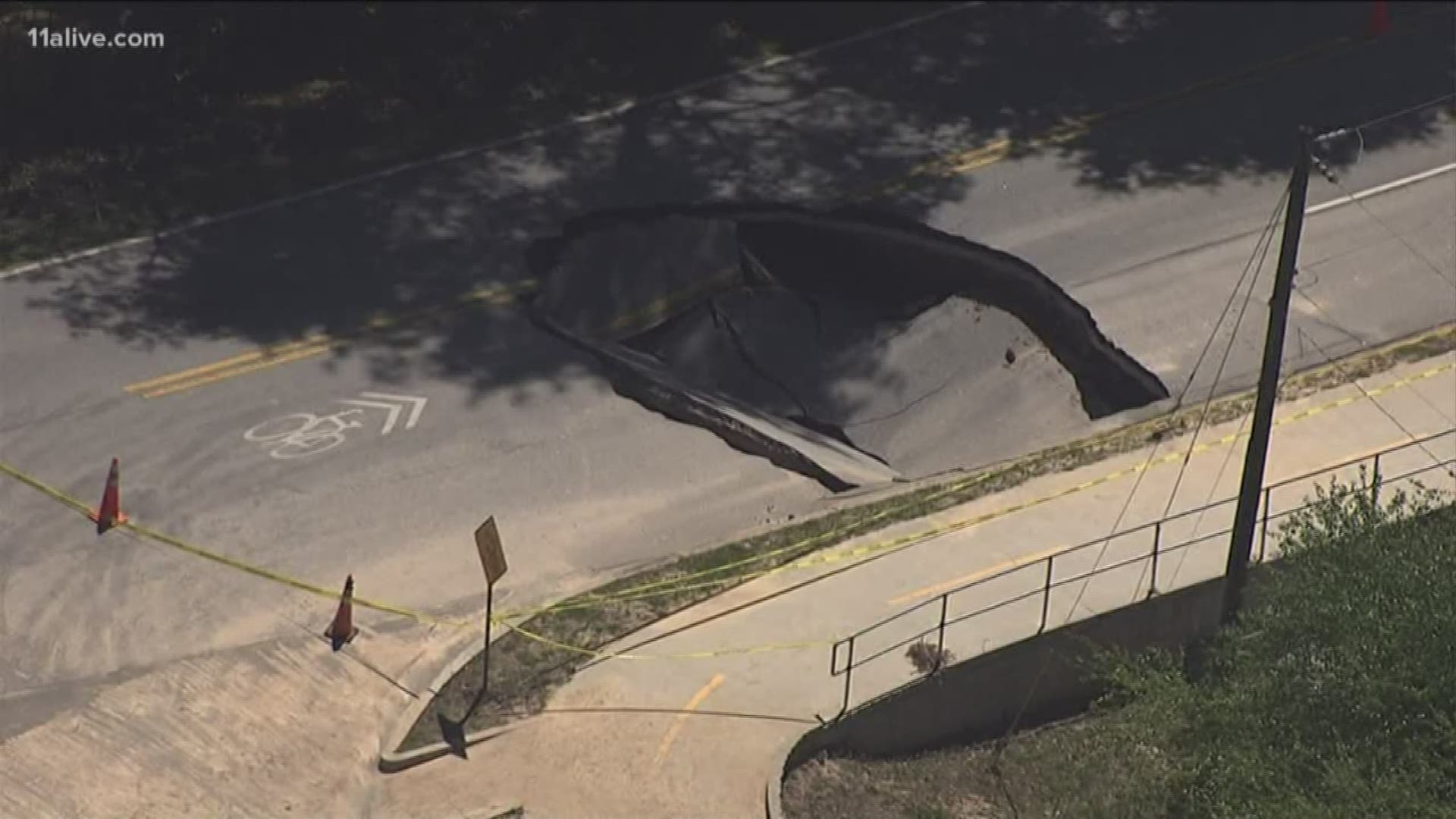 CONYERS, Ga. — A big sinkhole has forced a road to shut down that connects two schools in Rockdale County.

The sinkhole is on Rowland Road in Conyers.

1 / 4
Conyers Police Department
A big sinkhole has forced a road to shut down that connects two schools in Rockdale County.

Police said that since they posted video and photos of the sinkhole, it has grown so much that it swallowed up police barricades.

Conyers was heavy-hit by rains and flash flooding after Thursday’s overnight storms.

A bridge at Eastview Road and Norton Road is shut down after water from Boar Tusk Branch Creek completely flooded the roadway.

At a home on Johnson Road, a driveway was completely washed out. The home is close to Almand Creek, which experienced a rush of water during the storm.

Storm washes away driveway in Conyers

1 / 3
WXIA
A home on Johnson Road in Conyers had a driveway washed out after severe storms rolled through late Thursday night and Friday morning.