Holy Cow! More than two weeks after dozens of cows roamed around on I-285 and nearby streets, one last, lone hold-out cow was found hiding in the woods. 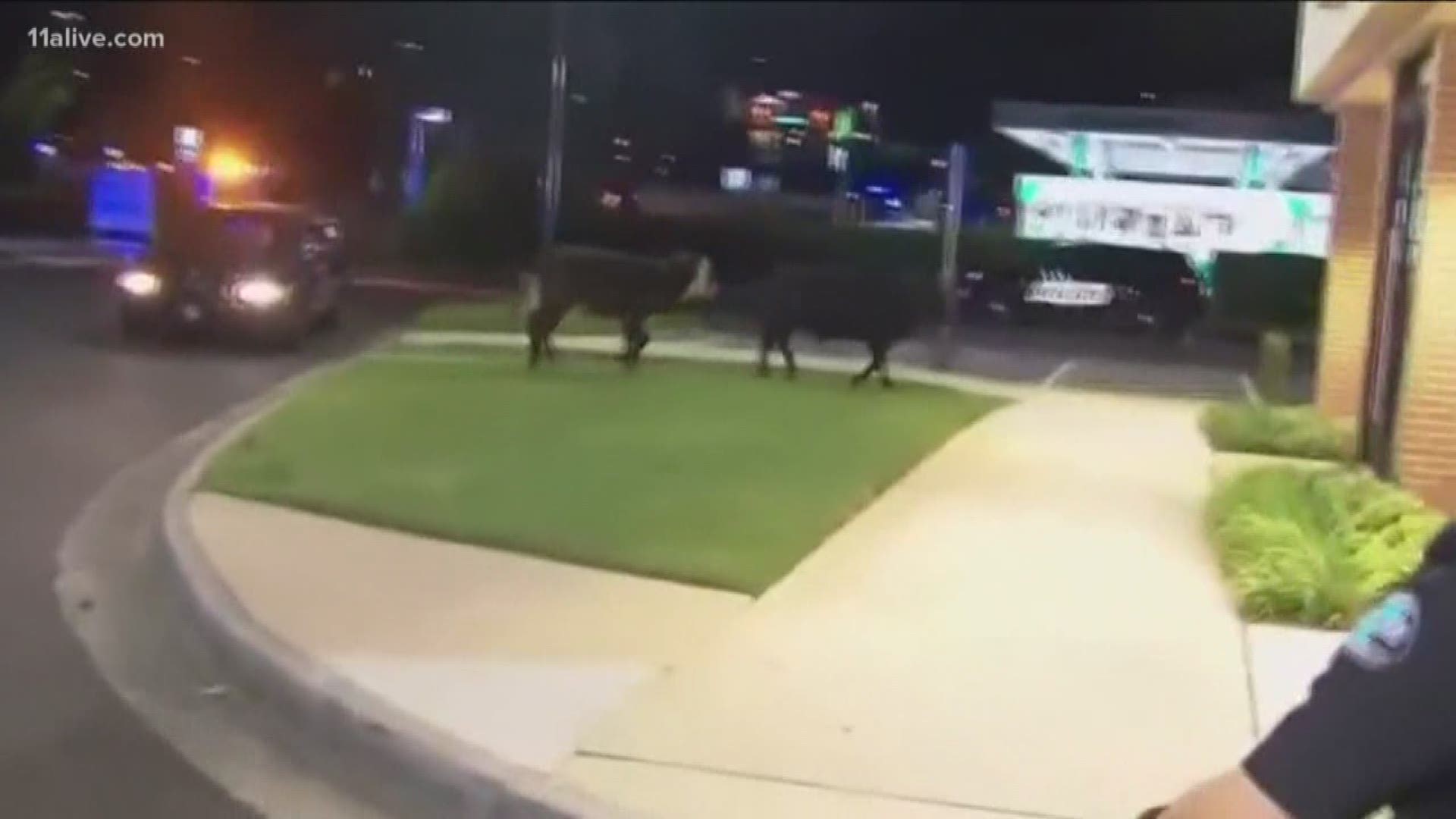 The final wayward cow that had been wandering around the area of Interstate 285 and 75 since getting away from a crashed truck a few weeks ago has finally been wrangled.

The Georgia Department of Transportation confirmed the info Monday afternoon.

Crews worked to find and "get the cow out of harm's way."

A GDOT photo showed the cow, hiding in a wooded area not far from the interchange.

Well this is interesting. Remember the cow situation on 285 & 75 a couple of weeks ago? Well, there’s still one out there. Crews are working to get the cow out of harms way now. @GADeptofTrans pic.twitter.com/x62TF4fHJg

About two hours later, GDOT tweeted that the cow had been rescued. One lane that had been blocked while crews worked to find the missing bovine was reopened in time for the Monday afternoon commute.

The cow has been rescued and all lanes are now open! @GADeptofTrans pic.twitter.com/SwOPDfZIKr

It was around 3 a.m. Oct. 1 when the trailer transporting the cows flipped as it tried to exit I-285 onto I-75. It caused bumper-to-bumper traffic during the Monday morning commute, and left more than 80 cows roaming the Interstate, causing crashes.

PHOTOS | Cows escape after crash on I-285