The law goes into effect on July 1. 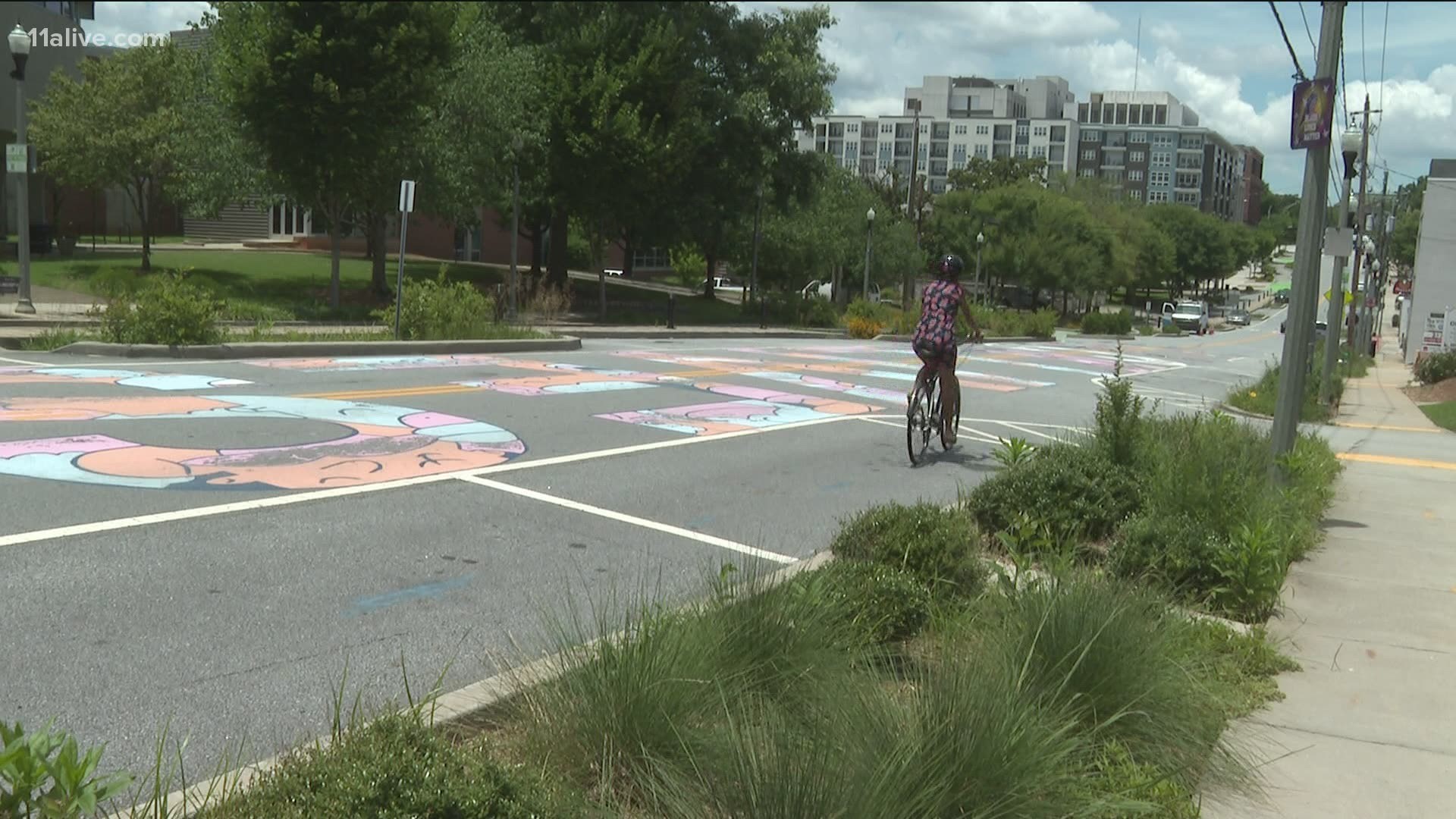 ATLANTA — Cyclists said they'll be safer on Georgia roads after a new law goes in to effect this week.

Drivers have to give cyclists three feet of space when passing. People can think of it like the length of a guitar, a golden retriever end-to-end, or a little bit longer than a baseball bat.

"When a car passes you with less than three feet distance, it's terrifying. And you know that your life is in the hands of every driver on the road," attorney Bruce Hagen said.

He has been riding a bike in Atlanta for years, and he says he's had a lot of close calls.

"The reality is, folks are unwilling to give up 10 seconds of their life in a car to be considerate of the people riding bicycles. And people have to get over themselves in thinking my time is precious and no one else matters," he said.

For that reason, cyclist Dru Satori wears a video camera on his bike when he rides. He posts near misses with cars that pass too close online.

"It's the kind of thing that terrifies you, and there was a time that I did not ride for a long time simply because I had young children and I couldn't afford the risk," he said.

Bruce and Dru think the new law that goes in to effect July 1 will help change that.

RELATED: Joshua's Law goes into effect July 1 | What you need to know

"The only thing that will change it is enforcement. And I feel that with the reworking of the law, we might actually be able to get real enforcement," he said.

While drivers have been mandated to give three feet of space when passing cyclists since 2011 in Georgia, they say the way it was written was confusing and difficult to enforce.

Now the law not only says to give cyclists 3 feet, but says:

"We get a lot of people with TBI's and broken collar bones because they go flying over the handlebars at speed. So it's really just a matter of basic consideration," Hagen said.