Authorities believe some of the injuries were serious. 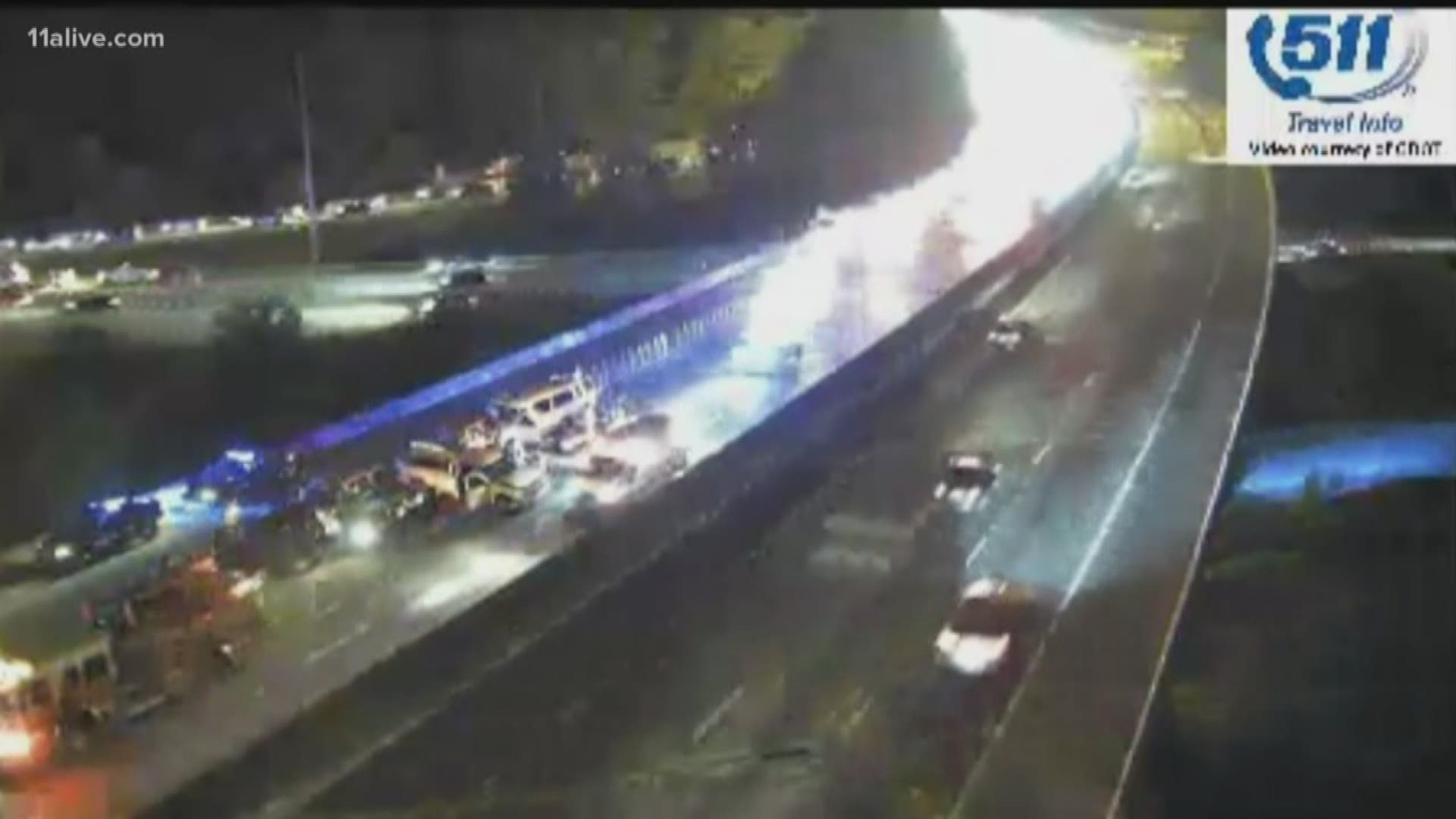 ATLANTA — Authorities say roughly 20 people have been hospitalized - some with serious injuries, after a large multi-vehicle crash on I-20 near I-285 late Saturday night.

According to the Georgia Department of Transportation, the accident happened on I-20 eastbound lanes and video showed much of it was on a ramp to I-285.

Initial reports from Atlanta Fire suggested several injuries ranging from minor to serious - though a spokesperson said none appeared to necessarily be life-threatening. The department later updated that there were 15 people who did not have serious injuries who were awaiting a multi-passenger transport to be taken and treated.

However, there were three people who were serious and three more who were listed as critical that had already been rushed to Grady Memorial Medical Center or Atlanta Medical Center. In all, upwards of 21 people are believed to have been injured in the crash.

At this time Atlanta Police are still investigating what exactly caused the crash. Motorists were initially told to avoid the section of I-20 eastbound entirely and many were either being redirected back up the eastbound lanes of I-20 or off onto Fulton Industrial Boulevard.