Here is your way around the wreck. 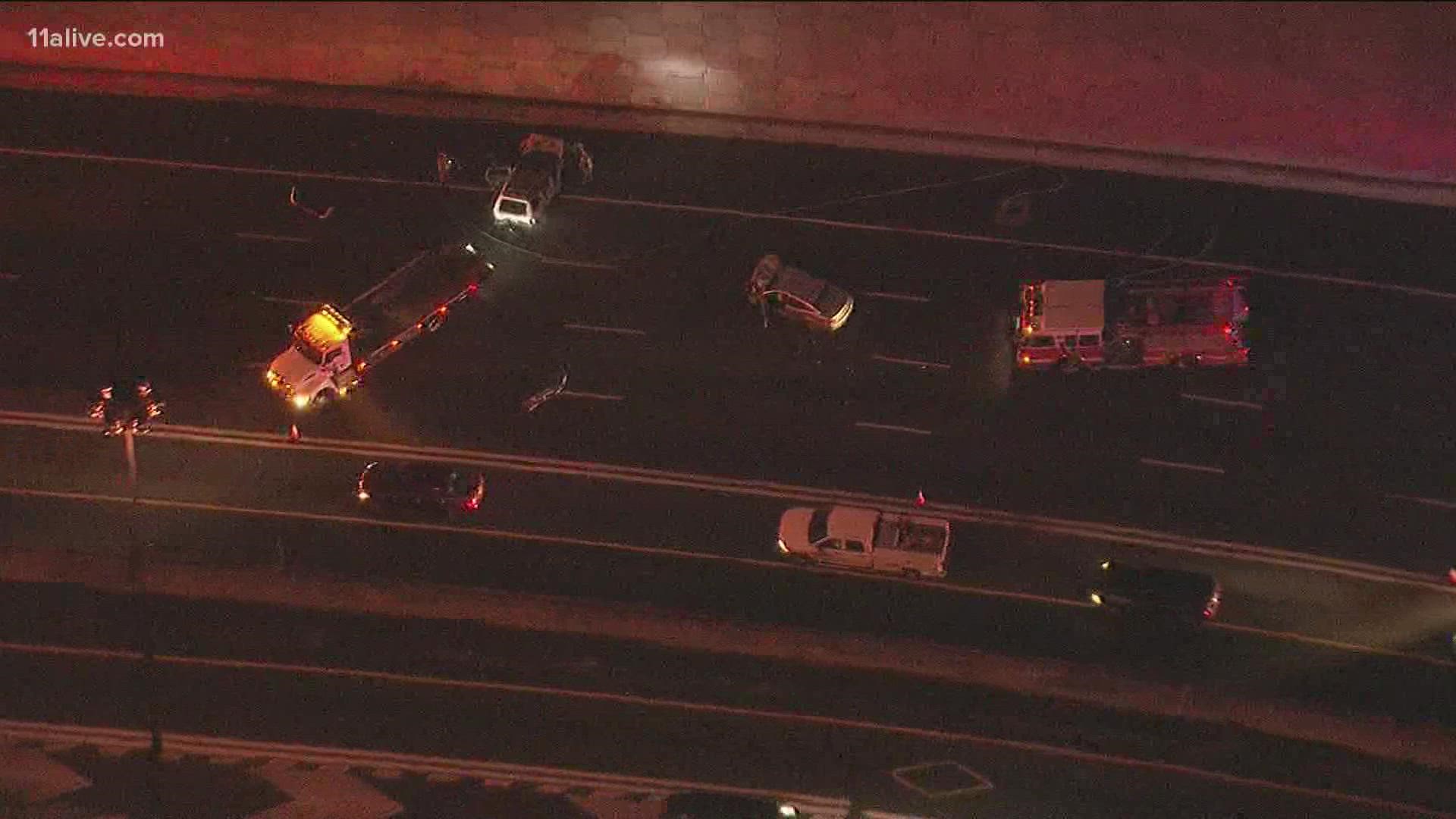 ATLANTA — It's a nightmare morning for commuters heading into Midtown. Multiple lanes are blocked as traffic officials work to clear a multi-car wreck on Interstate 85 southbound at Peachtree Road.

This nine-car pile-up is causing major delays beyond Georgia 400 back to Clairmont Road.

The car fire on I-75 NB past 17th Street has been cleared but this 9 car pile up has only two right lanes open I-85 SB before 17th Street. Traffic on I-85 backs up almost to Clairmont Road, GA 400 backs up before Sidney Marcus. #11alive pic.twitter.com/DBirBhPBOI

ABSOLUTE GRIDLOCK: I-85 SB wreck before 17th Street has only two right lanes open and delays on I-85 SB back before North Druid Hills, GA 400 SB jams before Sidney Marcus Blvd. #11alive pic.twitter.com/jG4kuUmZ4e

This comes after a car fire caused major delays on Interstate 75 northbound just past 17th Street following a wreck, video shows. For that incident, morning commuters who travel from downtown into Midtown should use Northside Drive, West Peachtree Street or Peachtree Street to avoid this major incident.