1 person dead, children and others injured in head-on collision in Paulding County

Georgia State Patrol said they were called to the scene on GA-61, north of Country Square Way around 5:55 p.m. 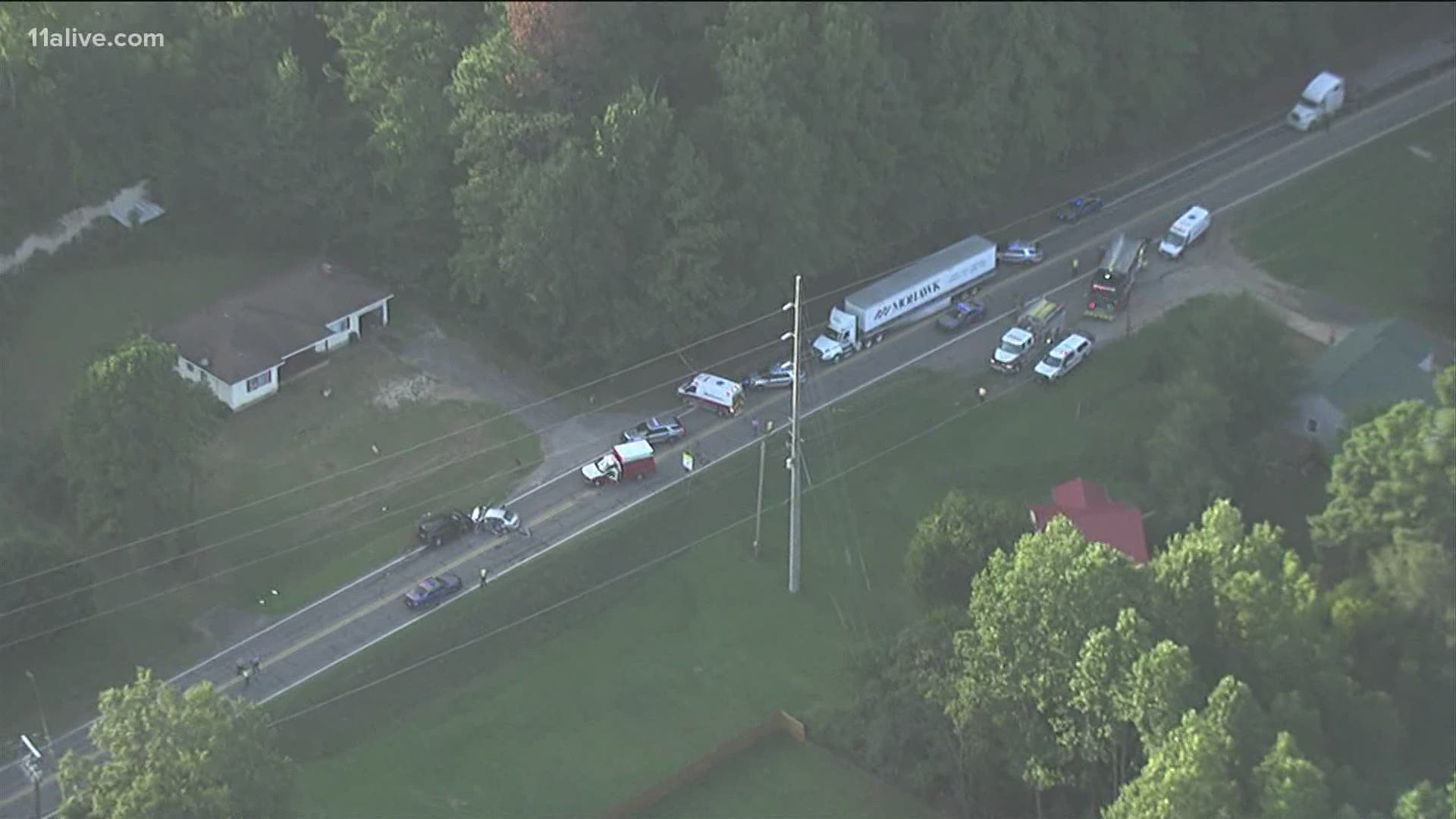 PAULDING COUNTY, Ga. — One person has died and a child had to be airlifted to the hospital Thursday evening following a two-car crash in Paulding County.

Georgia State Patrol said they were called to the scene on GA-61, north of Country Square Way, around 5:55 p.m.

A witness told authorities they saw a Chevrolet Cobalt traveling in the wrong direction, headed south in the northbound lanes. A second vehicle, a Dodge Journey, was headed north and swerved into the southbound lane to avoid impact.

Officials said that's when the Chevy got back into the southbound lane, but hit the SUV head on. GSP said the driver of the Chevrolet Cobalt, 48-year-old Juanita Robinson, died. The passenger had a broken leg and a back injury.

In the SUV, a 7-year-old girl, who was not in an appropriate child seat, suffered head lacerations and was airlifted to the hospital, GSP said.

A 1-year-old, who was in her car seat but not properly belted, was transported for observations. GSP said no serious injuries were suspected of the 1-year-old girl. The front passenger suffered a broken leg. The driver also suffered a leg injury.

The crash is still under investigation. But GSP said that they don't anticipate charges in the case.