The wreck killed an innocent driver not involved in the rest of the incident. 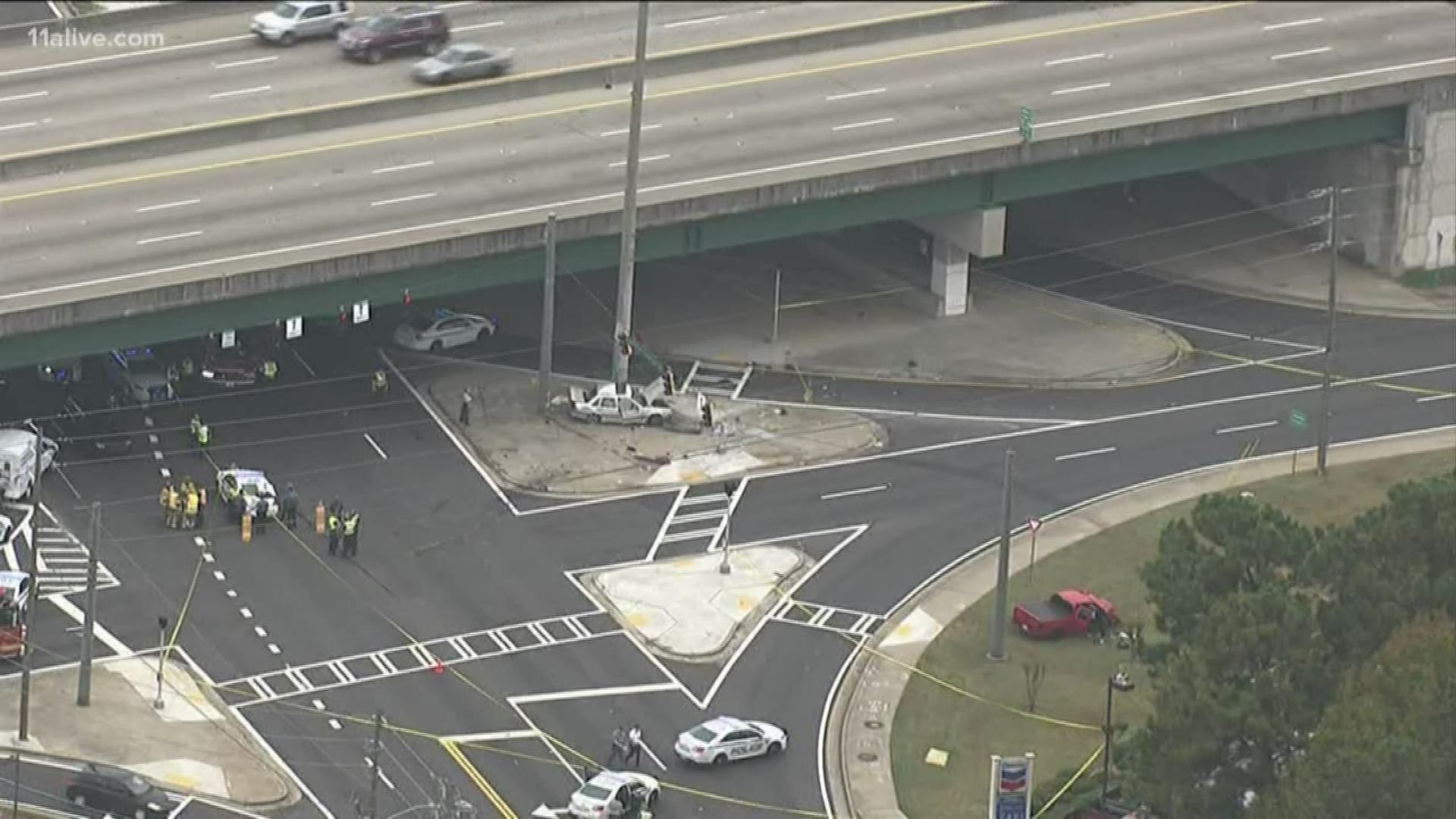 PEACHTREE CORNERS, Ga. — An innocent driver is dead after a confrontation led to gunfire and that, in turn, led to a deadly wreck in Gwinnett County.

Gwinnett Police said there were two scenes - the one where shots were allegedly fired and the one where the fatal crash happened on Winters Chapel Road near Peachtree Industrial Boulevard.

After the collision, Rundles said a woman escaped from the red truck and ran. A juvenile in the truck, who appears to have no family relation to the driver, was taken to an area hospital for treatment.

"The condition of the child I don't know yet," Rundles said. "And I don't have any information on the person that fled the scene."

The driver later said he was giving someone a ride from a nearby location when the confrontation with occupants of the black SUV began.

Police said the driver of the red truck was detained and eventually charged with first-degree vehicular homicide. That person and the others are, however, also considered victims of the apparent gunfire. No one appears to have been hit.

It's unclear at this point if the black SUV chased the red truck from the scene of the argument and gunfire.

The resulting investigation shut down the southbound lanes of Peachtree Industrial Boulevard and all lanes of Winters Chapel Road as police worked to gather more information at the scene.

"What led to that altercation, things of that nature are still being pieced together by investigators and detectives as they work together speaking to the ... driver of the red truck," Rundles said.

The Gwinnett County Police criminal investigation division and crime scene investigators have been called to the scene.

Police currently don't have any further information on the black SUV involved in the shooting portion of the investigation.

"If they have their side of the story, if anyone has information on that, we would like to have that," Rundles said.

As for the names of those involved, police are withholding them due to the investigation - and their ongoing attempts to reach the immediate family of the deceased driver.