It happened south of I-285 at the top end of the Perimeter on Monday. 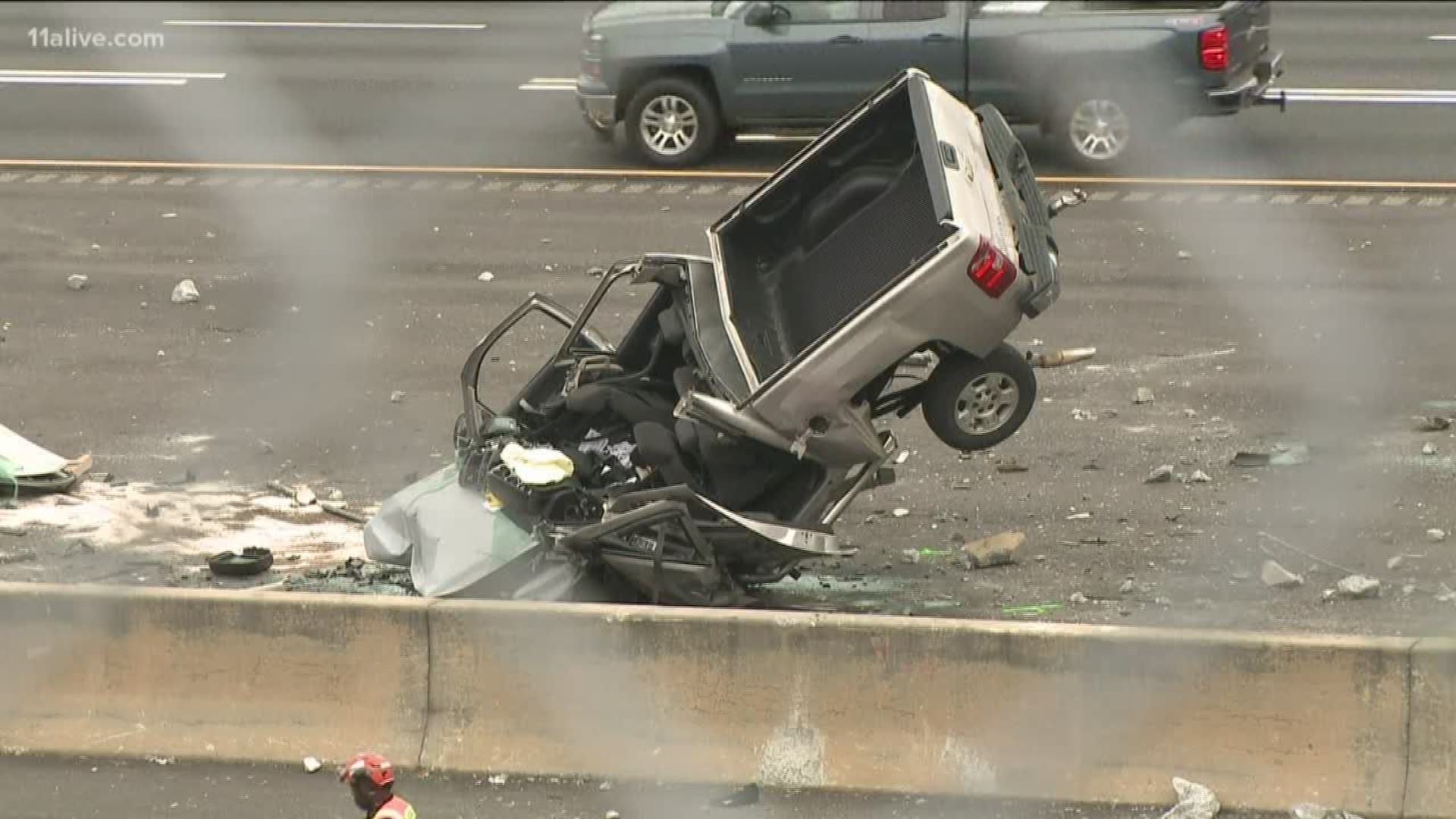 A person died when a pickup truck veered off Akers Mill Road and crashed head-on onto I-75 from the overpass at the top end of the Perimeter on Monday.

Traffic cameras showed more than a half-dozen emergency response vehicles and police cars at the scene.

It did not appear that other cars were involved. The white truck was in between the northbound and southbound lanes, leaning on its nose at the base of the overpass.

Aerial video showed a gap in the wall and fencing where the truck careened off Akers Mill Road and onto the highway, a short ways south of I-285, below.

As for the fatal crash involving the pickup truck, the investigation is still ongoing.