Here are some alternate routes drivers can take. 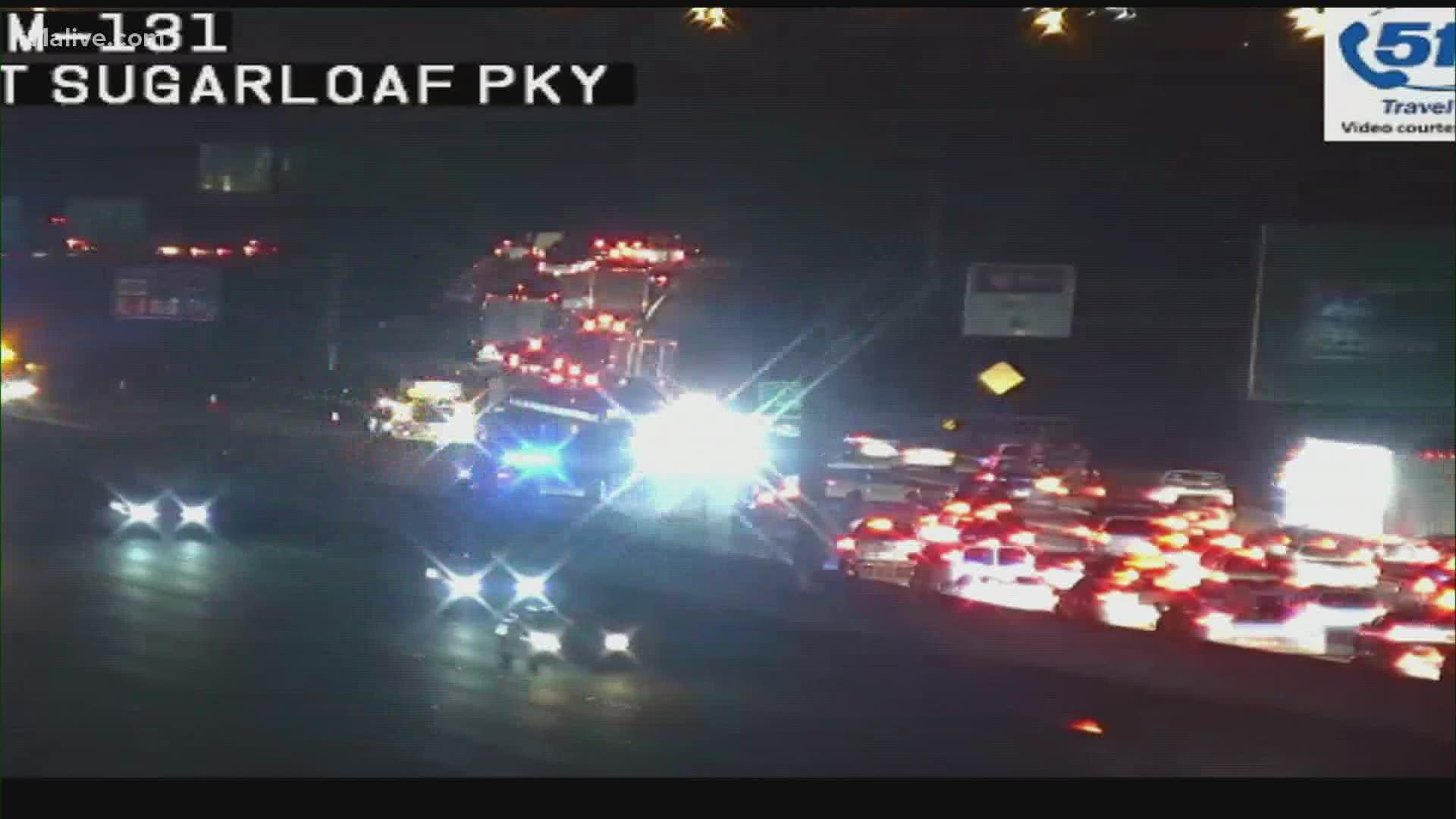 Multiple lanes were shut down for more than an hour as crews worked to clear the scene.

The inmates were transferred to a different vehicle. One inmate was taken to the hospital with non-life threatening injuries.

Traffic officials are also working on another wreck involving an overturned vehicle at Hamilton Mill near Highway 124. The incident is just south of I-85. Delays are also expected in the area.