A little girl was killed along with three other people in a crash on SR-40 near Kingsland, Ga. 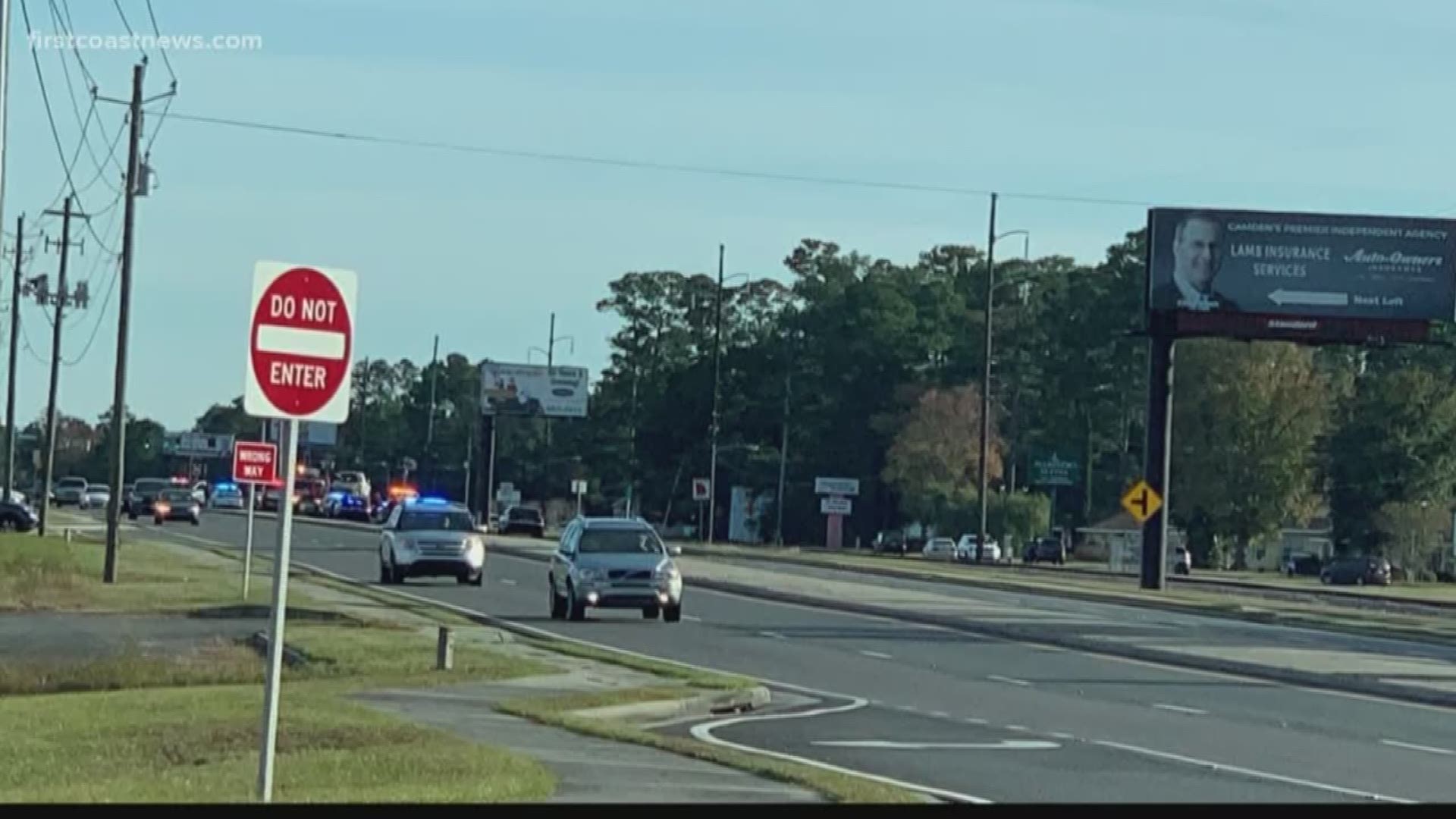 CAMDEN COUNTY, Ga. — A 3-year-old girl is among four people killed in a head-on crash that shut down State Road 40 for hours near Kingsland, Ga. Tuesday afternoon, according to the Georgia State Patrol.

At 1:10 p.m. GSP was called about the fatal crash on SR-40 at mile post 18 between St. Marys and Kingsland. Troopers said a 2008 Nissan Altima was traveling westbound when the vehicle crossed over the concrete divider and traveled into the eastbound lanes, colliding head-on with a Ford F250.

The woman driving the Nissan and three passengers, two men and a 3-year-old girl, were killed, according to troopers. Another child, a 9-year-old boy, sitting in the backseat was rushed to Wolfson Children's Hospital in unknown condition.

Troopers said the driver of the Ford sustained minor injuries.

A woman at a nearby Waffle House told First Coast News, with tears in her eyes, one of the victims was an employee there.

Another woman who witnessed the aftermath of the crash said drivers often speed in the area.

"[Drivers] don't do 45," she said. "They do more 60 miles per hour on this strip and it's dangerous. They shouldn't do it. People walk all the time up and down this highway."

GSP said a witness told troopers the Nissan had passed them "erratically" at an excessive speed when it lost control and went over the divider.