Fire crews are on the scene 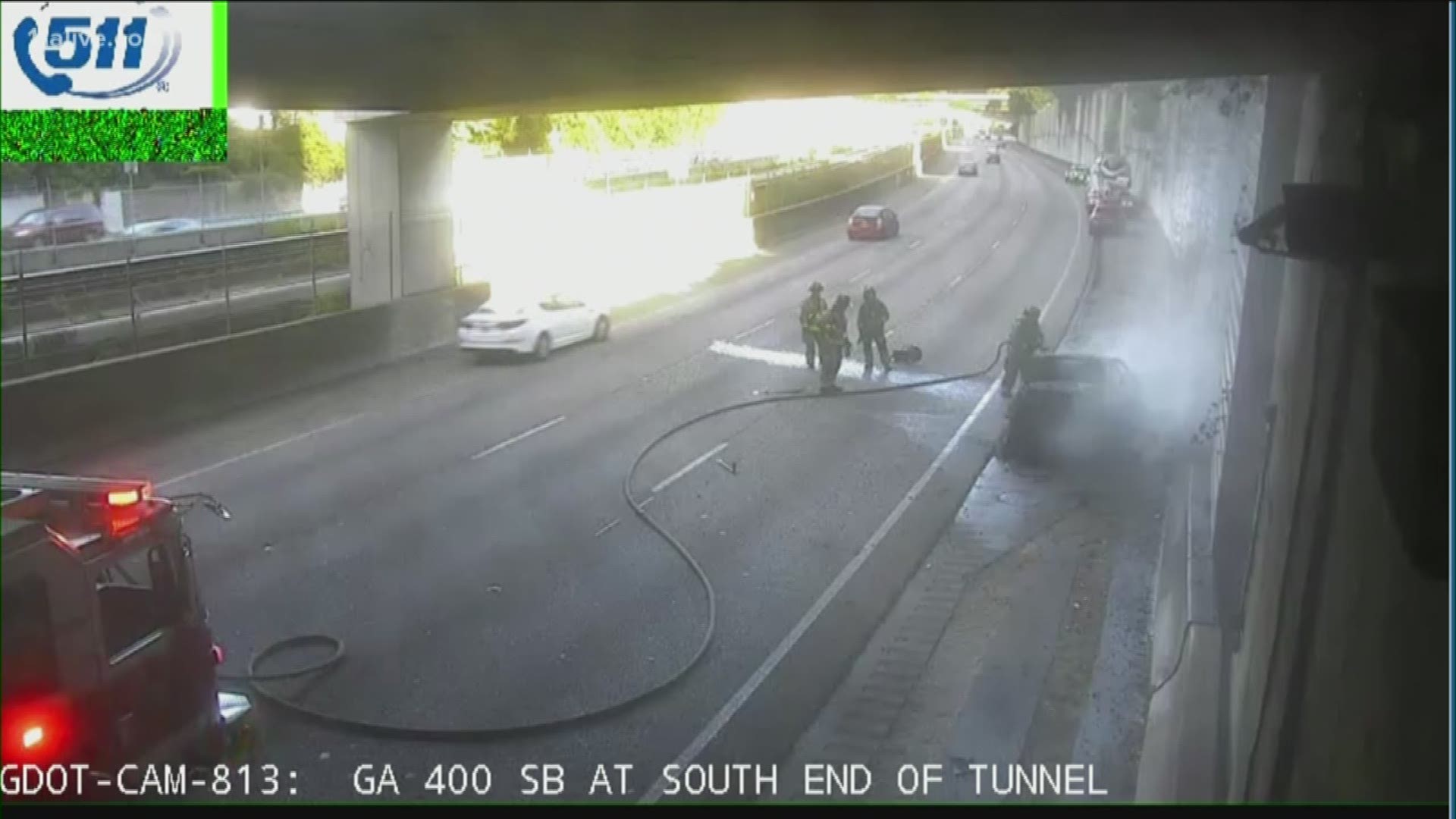 ATLANTA — Lanes are just beginning to reopen after a car fire in Buckhead shut down one of the area's busiest highways.

The fire happened on Ga. 400 near Lenox Road in the southbound lanes. Cameras provided by the Georgia Department of Transportation showed heavy flames on the highway just after 6 p.m. The resulting response shut down the highway right in the middle of Tuesday afternoon rush hour.

Authorities haven't said whether anyone was injured in the fire or how it began.  The section of 400 where the fire occurred was below another road causing the smoke to obscure view down the roadway.

Several emergency crews were on the scene as of 6:30 p.m., though, GDOT said the scene should be clear relatively soon. Still, southbound drivers heading into Buckhead should avoid Ga. 400 for the time being since traffic will likely remain congested even after the road clears.

Check back for updates and find out about more traffic issues on the 11Alive traffic page. 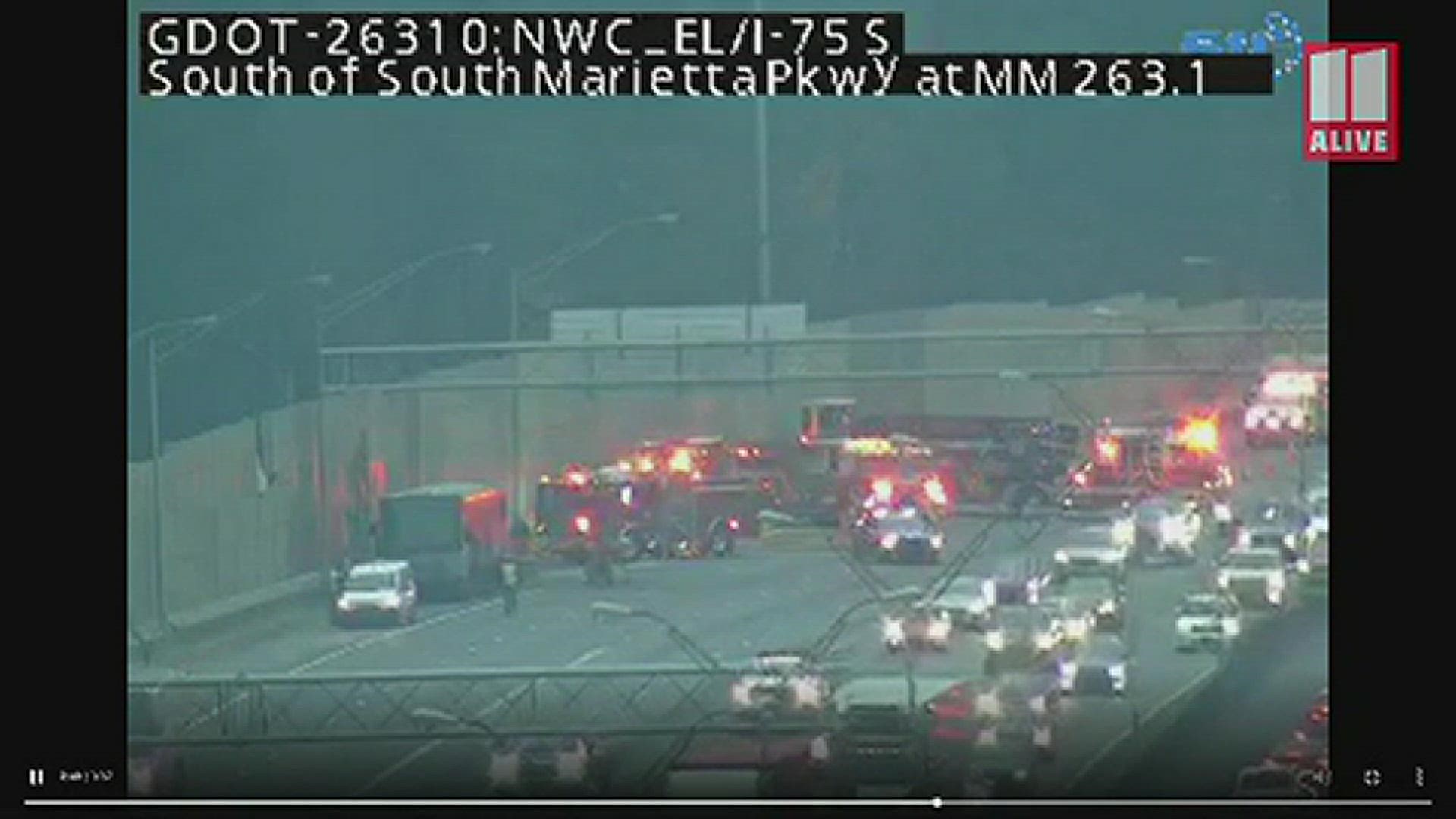