What we know about the fatal crash on Georgia 400. 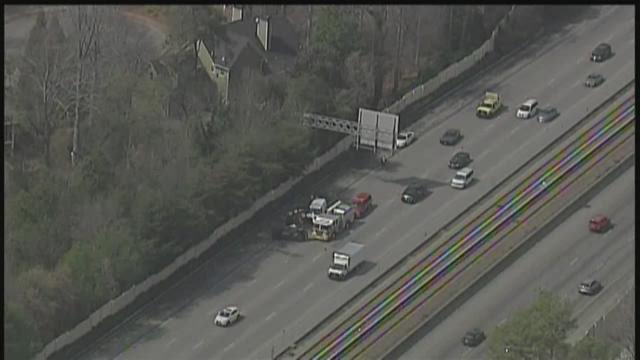 ATLANTA -- A 17-year-old was killed in a hit-and-run crash that injured four others on a busy Atlanta Interstate Wednesday, officials confirmed.

According to Georgia State Patrol officials, a Honda and a Chevrolet SUV were traveling south on GA 400, just north of Lenox Road, around 3:30 p.m. when they collided. The Honda left the scene after the crash, GSP said.

The collision caused the SUV to overturn, killing one of its passengers. That passenger was identified Thursday as 17-year-old Mauricio Oliver, of Doraville, Ga.

The other four passengers were transported to Grady Hospital. GSP officials say charges are pending.

GSP officials also said that the driver of the other vehicle had been located, and that charges are pending. Drivers of both vehicles were juveniles, according to the GSP. Their names have not been released.