Best and worst times to travel around Atlanta for Thanksgiving

The Georgia Department of Transportation released a Thanksgiving travel forecast on Monday. 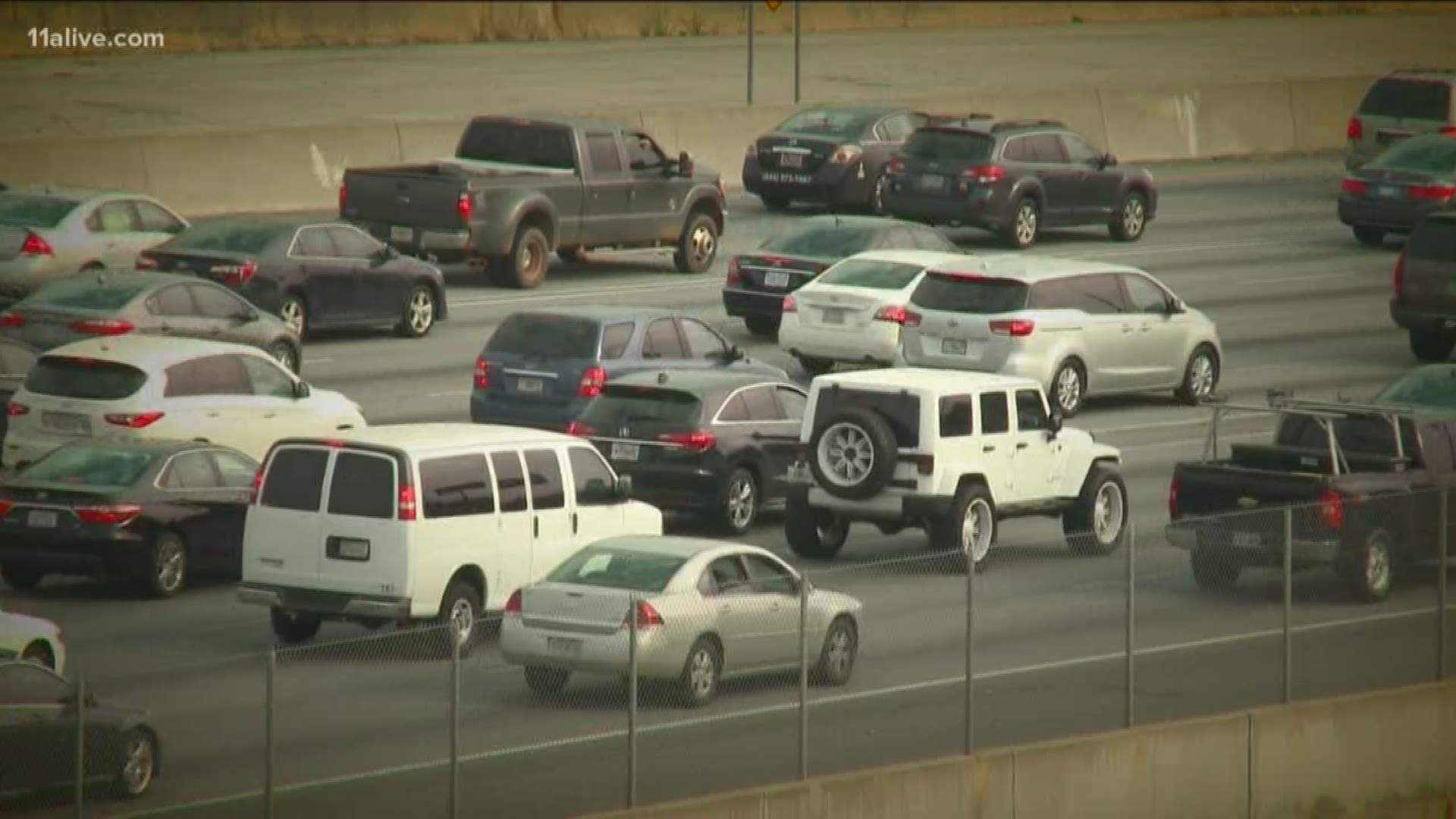 ATLANTA — The Georgia Department of Transportation has released a traffic forecast outlining the best and worst times to leave and return for the Thanksgiving holiday.

According to the agency, drivers leaving from Buckhead will have the most difficult time of it, with prime driving hours expecting heavy traffic on Wednesday, Thursday and Friday.

The closures will be suspended on “heavily traveled interstate highways and state routes,” the agency said in a release.

GDOT said it expects Atlanta to see heavy traffic both because of normal holiday travel and high-profile events occurring this week – including the Thanksgiving Day Half Marathon & 5K and the Georgia-Georgia Tech football game.

The agency cautions that “safety concerns may require some long-term lane closures to remain in place” and that emergency closures could be necessary in the event of accidents or other incidents.

GDOT said lane closures would similarly be lifted for Christmas and New Year's.