Woman shot when dispute along I-85 leads to 'gun battle' along interstate, police say

Police said the adult passenger was shot when a black sedan pulled alongside the car she was in and the two vehicles began shooting. 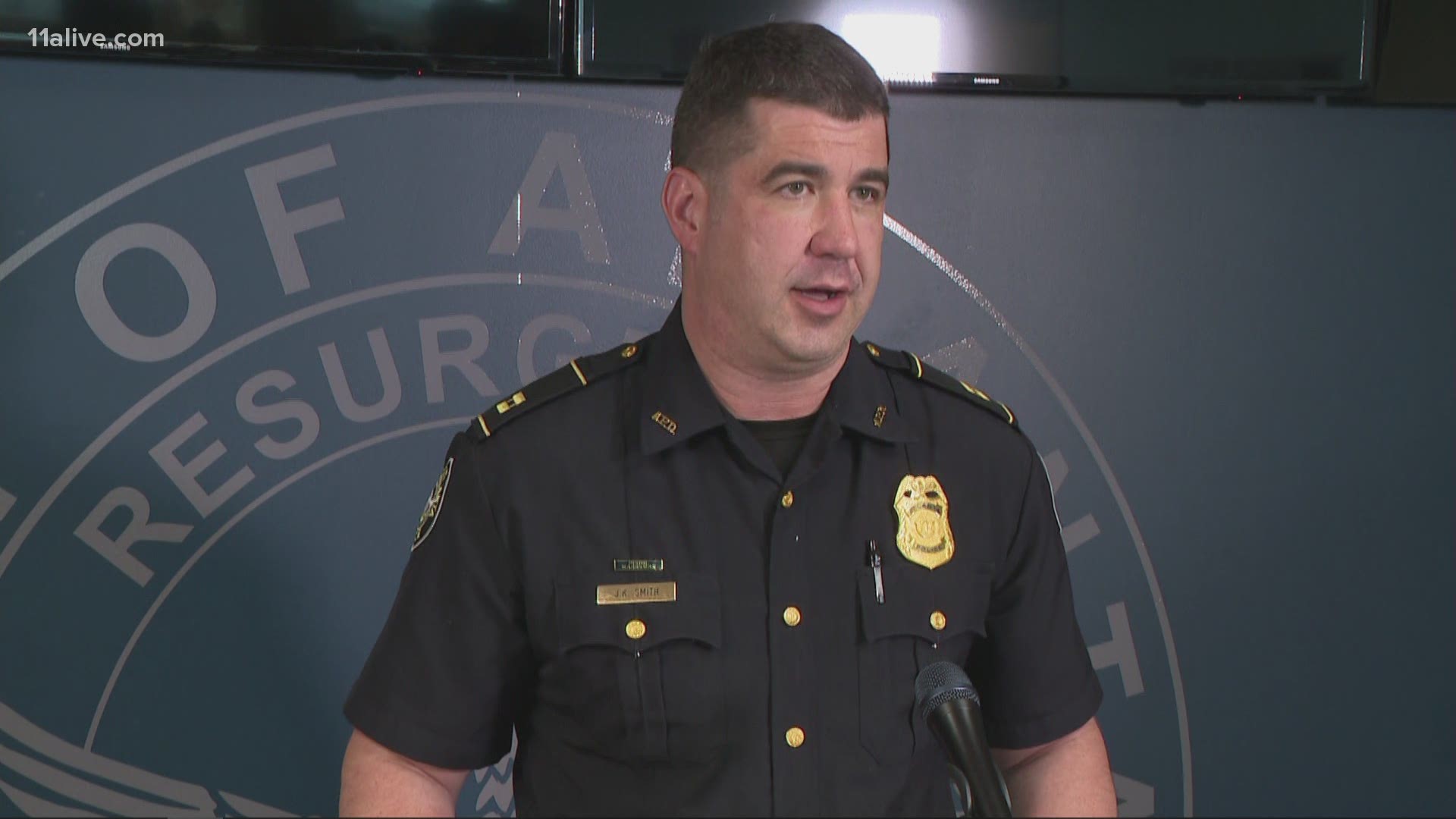 ATLANTA — A woman was shot as she was riding in a car along Interstate 85 early Monday morning, Atlanta Police confirmed. They said there was a dispute between two vehicles and shots were fired from both cars.

All northbound lanes of I-85 were shut down for the investigation just past Ga. 400 near Cheshire Bridge Road at around 4:45 a.m. The interstate reopened around 6:30 a.m.

Police said the adult passenger was shot when a black sedan pulled alongside the car she was in and began shooting. The driver pulled over and the suspect vehicle continued driving.

The woman was taken to the hospital in stable condition, police said.

Police are trying to learn where the dispute began -- if it was a case of road rage, or if they had previously been engaged. They said they retrieved a gun from the driver of the victim's vehicle. It is not known if the driver was taken into custody.

This is now at least the 18th shooting on metro Atlanta interstates this year. Only one arrest is believed to have been made in all the incidents. This total only includes shootings where police suspect someone shot from one car into or at another car.

Last month, 11Alive followed up with the police departments investigating each shooting and could only confirm a single arrest in any of the shootings. It was connected to a shooting in Coweta County in April.

"If you find yourself where somebody cuts you off - or you cut someone off unintentionally, don't engage them. Again, we don't know if that is the case here, but moving forward we all just need to be vigilant and more aware of our surroundings," Maj. Lance Patterson with the College Park Police Department  previously told 11Alive.

Drivers on Monday were being diverted to Buford Highway and the Buford-Spring Connector.

RED ALERT: I-85 NB past GA 400 CLOSED with police activity investigating a possible interstate shooting. Avoid and use Buford Spring as an alternate. #11alive pic.twitter.com/iMaCqfLUe0

11Alive's Maura Sirianni, with a crew on scene, said she saw a light-colored sedan with a shattered passenger-side window. That vehicle was towed away from the scene just after 6:30 a.m.

HAPPENING NOW— I-85 NB is shut down at GA-400 as police work a possible shooting investigation.

Seeing a light-colored vehicle on scene with shattered windows on the passenger side. Tow truck also here. Working to learn more @11AliveNews pic.twitter.com/43fbUAXVYm