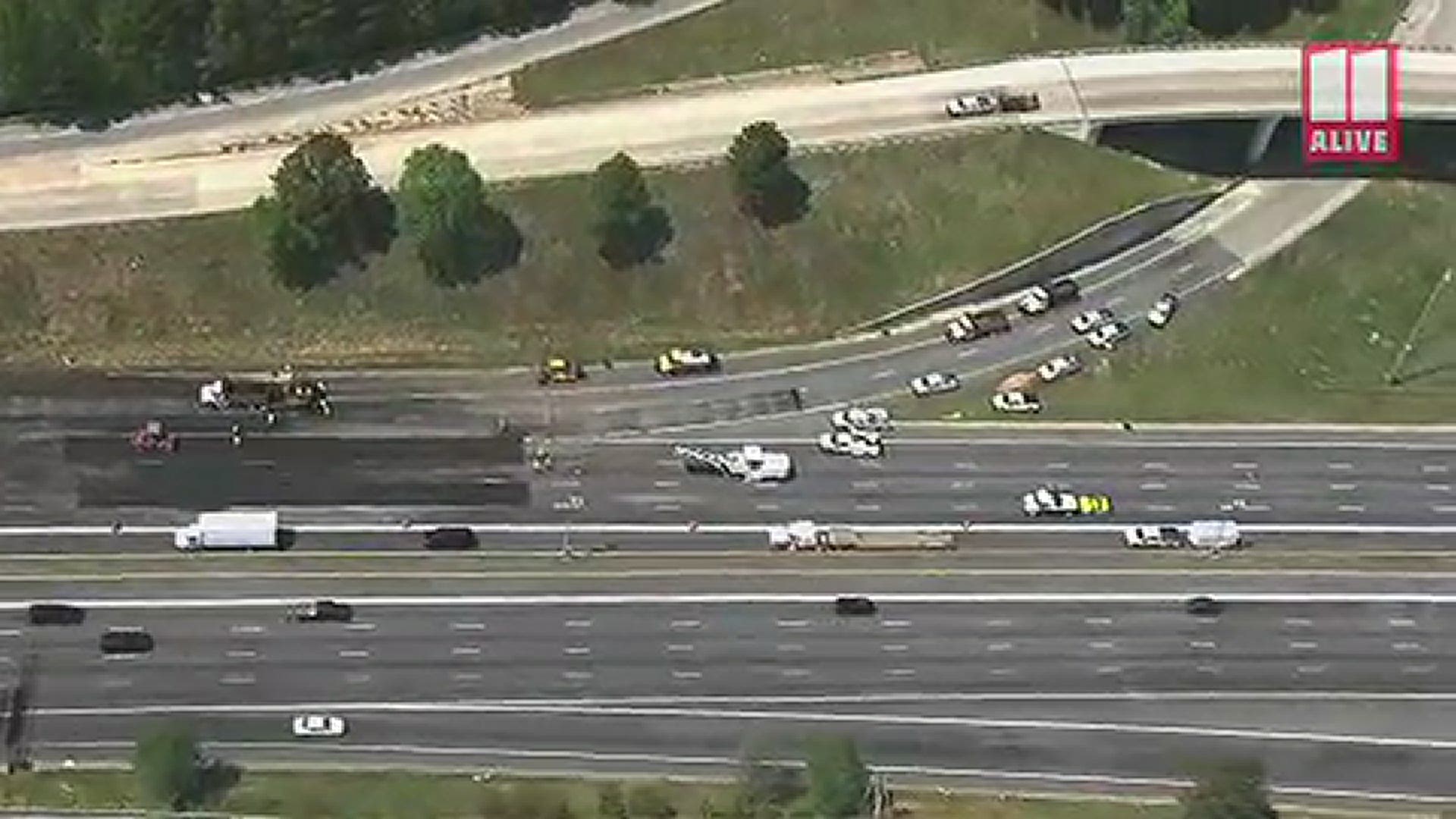 ATLANTA — Tuesday morning's commute got off to a rough start for drivers heading into Atlanta.

UPDATE: Several lanes of I-85 southbound will remain closed as crews work to make emergency repairs throughout the afternoon, the Georgia Dept. of Transportation said.

They said a 200-foot section of most lanes of I-85 will be milled and new asphalt will be laid. The substance spilled, as a result of the crash, is extremely difficult to remove and leaves the roadway entirely to slick for motorist to safely drive on.

They said the lanes are not expected to reopen until this evening.

ORIGINAL STORY: All lanes of Interstate 85 southbound were blocked just inside the perimeter in DeKalb County due to an overturned tractor trailer for more than three hours. The Georgia Department of Transportation is calling it a tanker truck, however, it appears to be a flatbed truck carrying generators and fuel.

At around 7:30 a.m., some lanes reopened for drivers to get by the truck.

Southbound traffic was being diverted off onto Interstate I-285 east or west. The ramps were also blocked to I-85 Southbound from I-285.

TRAFFIC RED ALERT: An overturned tractor trailer flips carrying what appears to be generators and fuel I-85 SB past I-285 in DeKalb Co. I-285 West and East ramps to I-85 closed. Use Buford Hwy, P.I.B. or Hwy 29. #MorningRushATL #11alive pic.twitter.com/hYdqAifp6d