Police said the crash is still under investigation. 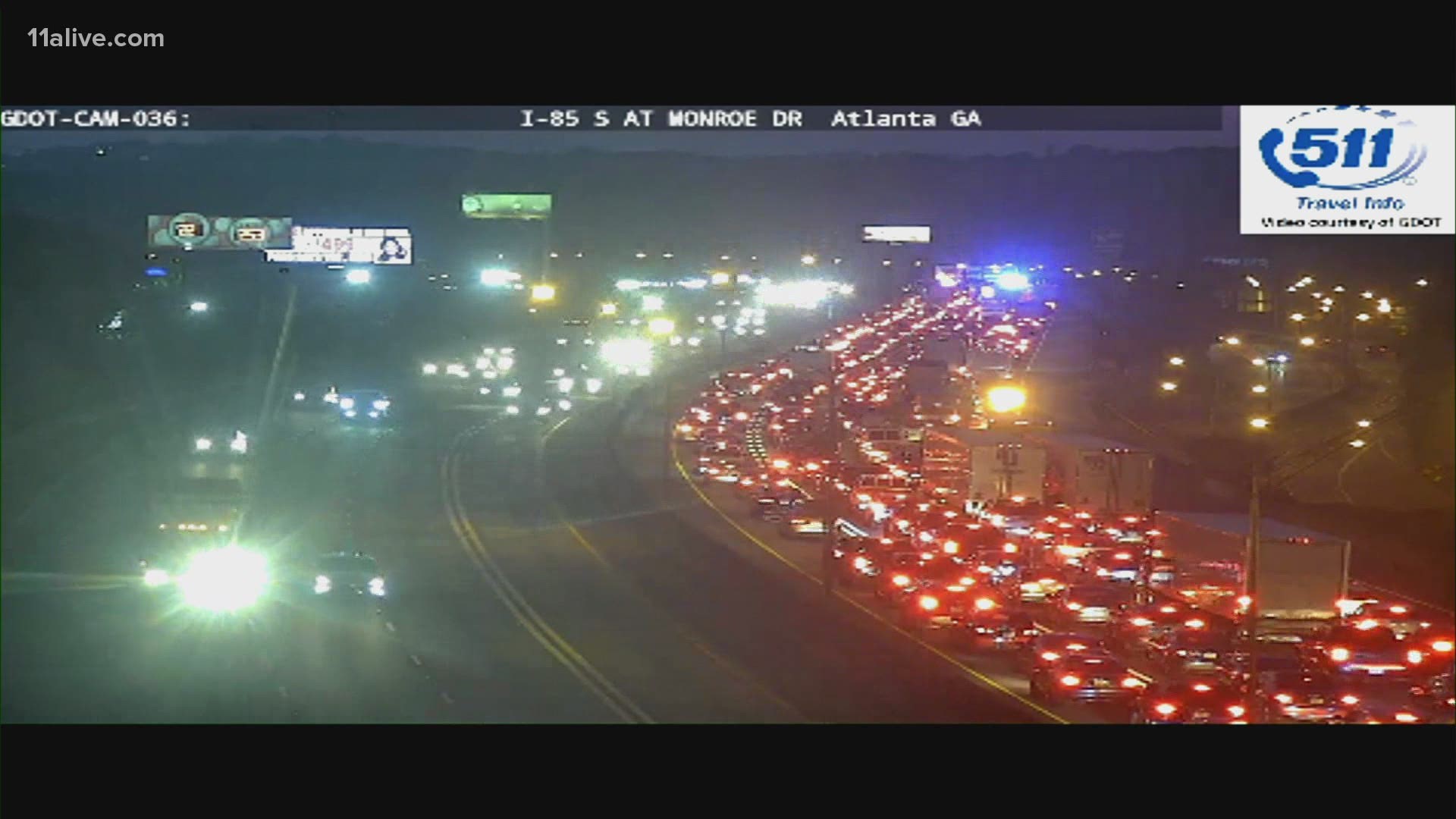 ATLANTA — Police say one driver is in critical condition after a Friday morning crash involving two vehicles on I-85.

According to Atlanta Police, the accident happened around 4:30 a.m. in the area of I-85 north and Georgia 400. Based on what police have found so far, a white Nissan Juke was heading north on I-85 when a red Lamborghini that was heading the same way hit it from behind. The Nissan driver then lost control and struck the shoulder wall.

Police said charges are pending in the case but didn't provide details on what those charges are or who is facing them. Meanwhile, their investigation continues.

The crash ultimately shut down I-85 for hours that morning as crews worked to clear the scene.