TRAFFIC | Gridlock eases on I-75 South after wreck 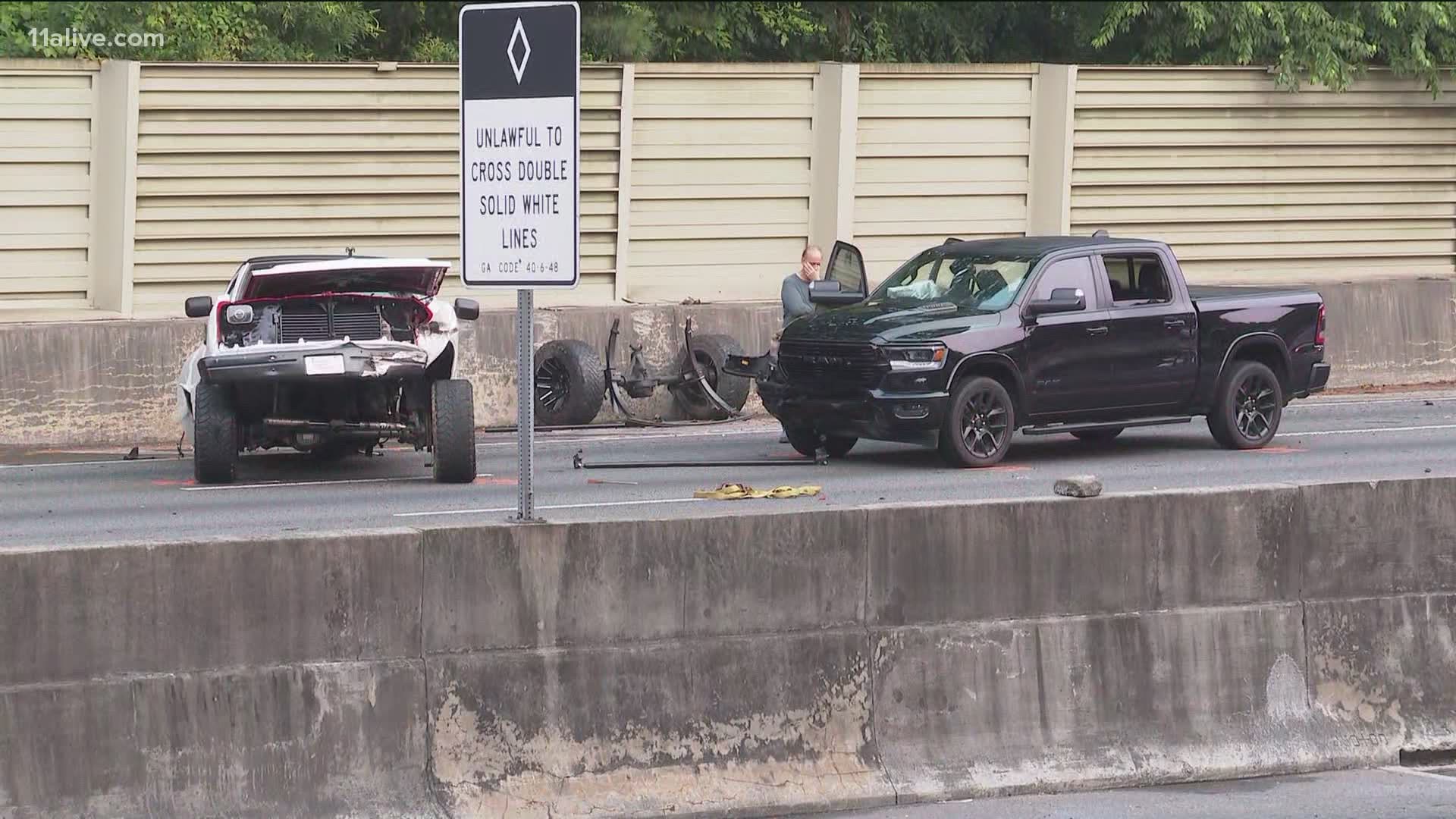 An early-morning wreck on I-75 South continues to keep lanes closed and cause backup on the way into Midtown.

The wreck involved two trucks that video from the scene showed were badly damaged in the incident, and police said there were injuries involved. They have not said how significant the injuries might be.

11Alive Traffic Tracker Crash Clark recommends Hwy. 41/Northside Pkwy. for those traveling south into the city to get around things.

RED ALERT: The gridlock is only getting worse with this accident investigation I-75 SB past Moores Mill Road, only the HOT lane is open. Use Hwy 41/Northside Parkway or plan to be stuck from past I-285 from Cobb Co. #11alive pic.twitter.com/og7MoOSOtT