Deadly accident, tractor-trailer fire cleared from I-85 in east Georgia

The Georgia Department of Public Safety reports that the incident may have caused as many as two deaths. 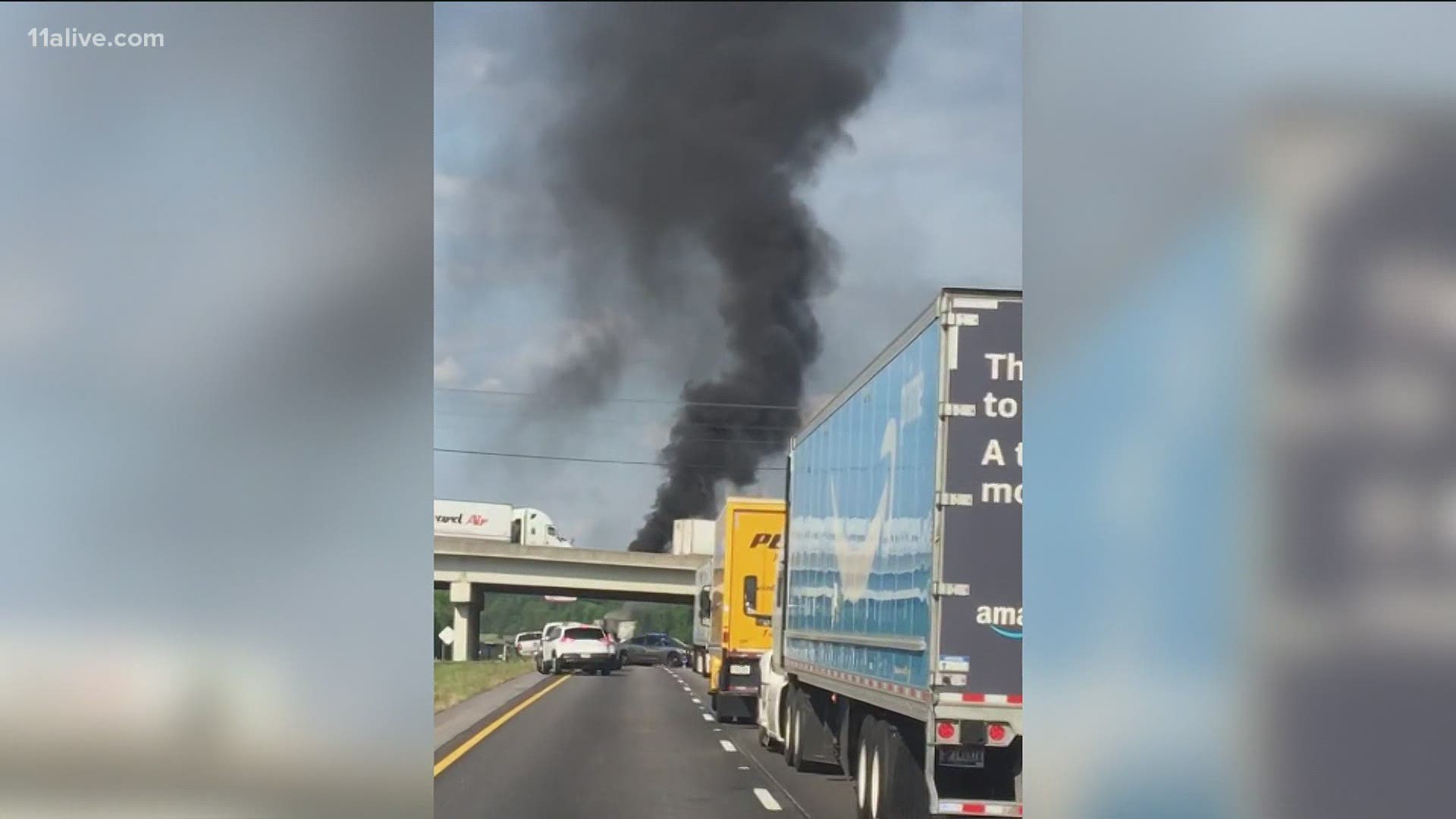 FRANKLIN COUNTY, Ga. — Both northbound lanes of I-85 have reopened in east Georgia after an accident that led to a tractor-trailer fire and two reported deaths on Sunday.

According to the Georgia Department of Transportation, the fiery accident happened near exit 160 to Sandy Cross and Old Federal roads in Franklin County.

A spokesperson for the Department of Public Safety reported that the fire was the result of a crash between two vehicles - the tractor-trailer and a passenger vehicle. As many as two people have reportedly died according to the agency.

Northbound traffic was temporarily diverted at the exit and state traffic maps showed significant backups on the interstate. GDOT initially warned that there was no estimated clearing time; though, as of 10 p.m., maps showed the roads had cleared.

DPS later confirmed that both northbound lanes of the interstate had reopened.

At least one driver told 11Alive that the fire sent a significant black plume of smoke into the sky which he saw while stuck in traffic. Sam Boger from Winston-Salem North Carolina said that the smoke had dissipated somewhat but that traffic was still at a standstill at the time.