The new bikes join electric scooters as options for commuters on already crowded streets as a way to get around, but will they run afoul of city leaders looking to regulate scooters? 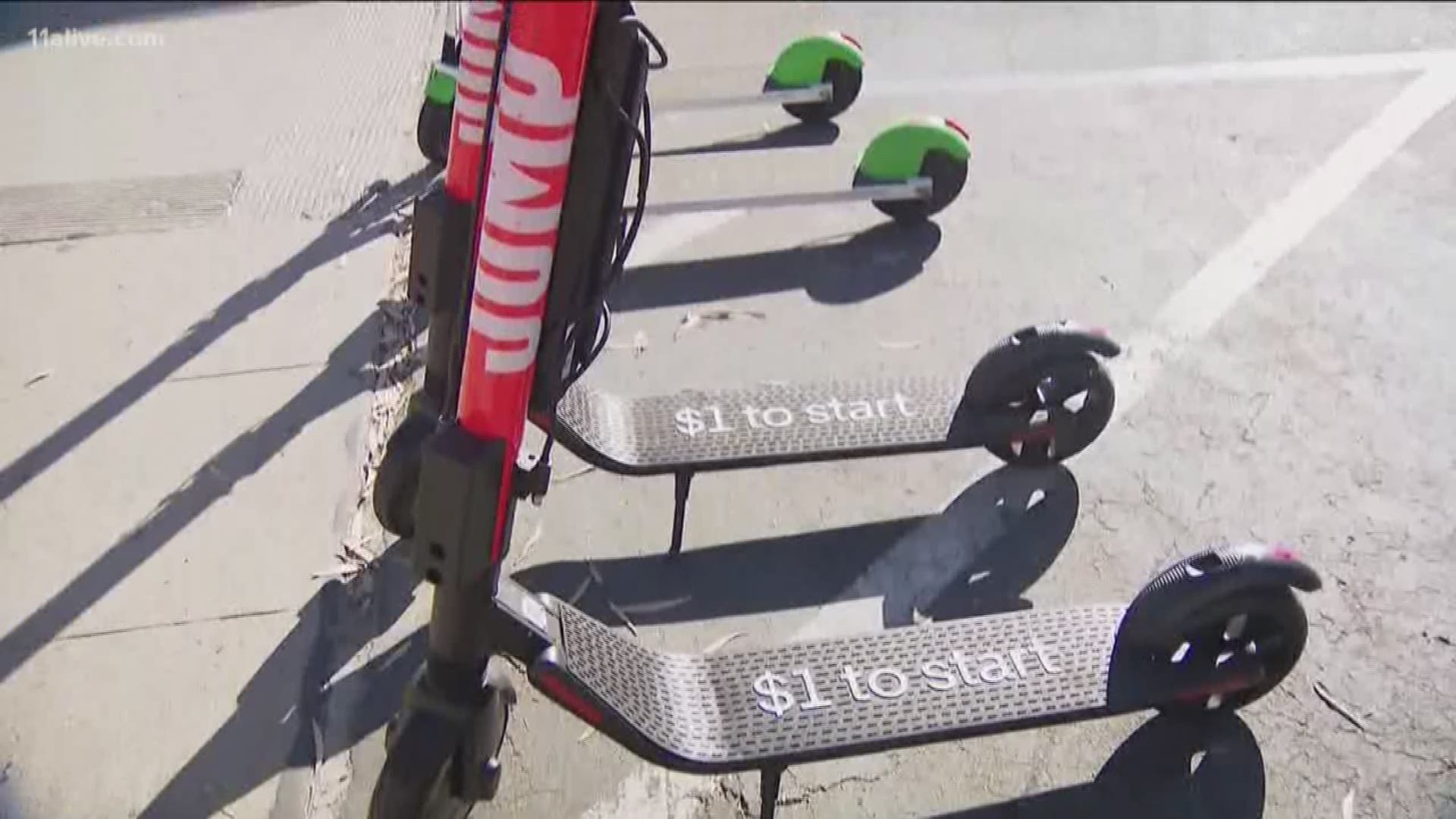 On Monday, Uber is launching its Jump dockless electric bikes in Atlanta, which will allow riders to get an extra boost every time they pedal.

According to a release, the new bikes will move at speeds of up to 20 mph.

The new bikes provide a new ridesharing option to Atlanta commuters, who already have taken to Bird and Lime scooters and Muving mopeds very readily.

They also add to already crowded streets in the city, which have become the subject of possible city regulation to be addressed at a city council meeting on Monday afternoon.

RELATED | Regulations for scooter use, parking up for debate in Atlanta

"Affordable and convenient, electric bikeshare has the potential to ease congestion in Atlanta by bridging the gap between traditional bikes and cars," said Jen Shepherd, Jump general manager for the Southeast.  “Deploying bikes at scale is another step toward our goal of reducing individual car ownership, and we’re excited for Atlantans to experience how JUMP bikes can help them go faster and farther - whether that’s to work, home, or a MARTA station.”

On Monday, Uber's Evangeline George told 11Alive News that Uber has been speaking with Atlanta city leaders as they have planned their Atlanta debut with any potential regulations in mind, and their ridesharing project was developed in kind.

Uber is partnering with the Atlanta Bicycle Coalition to give people the skills and confidence they need to bike safely in the city.

“With the launch of electric-assist shared bikes in Atlanta, JUMP is poised to propel biking in Atlanta forward,” said Rebecca Serna, Executive Director of the Atlanta Bicycle Coalition. "The potential exists for a dramatic increase in the number of people riding - traveling both to and from their final destinations and connecting the first and last miles to public transit - given the accessible nature of e-bikes combined with Atlanta’s hills, heat, and sprawl."

The e-bikes include an integrated cable lock and GPS intelligence, which ensure that users are held accountable while riding. During their launch, Jump is offering free 15-minute rides on their e-bikes and scooters in Atlanta through January 27.

Regular pricing for Jump bikes are $1 to start and 10 cents per minute after that, with a "Jump Boost Plan" for reduced pricing available for low-income residents.

Access is through the Uber smartphone app, which activates the bikes. Jump's scooters operate and are priced in the same fashion.