Commuters heading into Atlanta from the south should expect major delays due to the crash, which involved at least four cars and has shut down the express lanes right before rush hour. 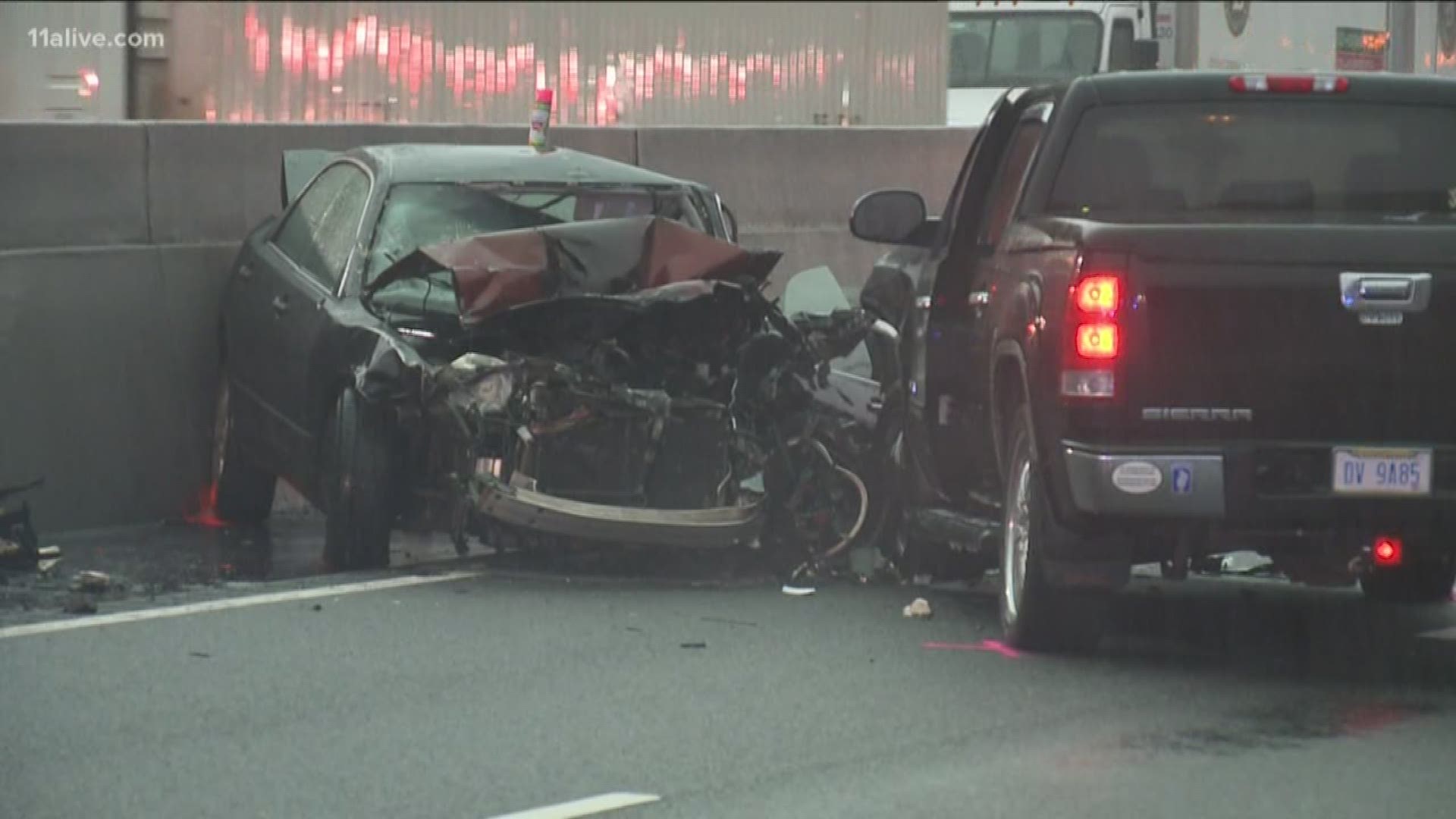 HENRY COUNTY, Ga. -- Multiple people have been taken to the hospital after a suspected drunk driver headed the wrong way down the express lanes of I-75.

The crash happened before dawn in Henry County just before the exits to I-675. According to Henry County Police Sgt. J.E. Davis, officers found a small sedan had entered the southbound gate of the express lane that was only taking northbound traffic at the time. The driver then hit another vehicle head-on. A third northbound vehicle was also involved in the crash.

►RELATED: Police: Wrong-way driver plows through 8 warning arms before head-on collision on I-75

Natalie Dale with the Georgia Department of Transportation said that the driver drove through eight warning arms and one barrier gate before the crash.

Sgt. Davis added that the driver of the car that caused the crash might have been intoxicated and he was unaware of how serious the injuries in the crash were. The express lanes were completely shut down at that location for the investigation.

GDOT said since the lanes opened two years ago, there had only been one other wrong way crash. Dale said the other was a tractor trailer, even though tractor trailers are not permitted to use the lanes.

She said 10,000 vehicles use the lanes on a daily basis without incident.