The flight attendant was on a flight from San Francisco to Charlotte on Sept. 21, according to the CDC. 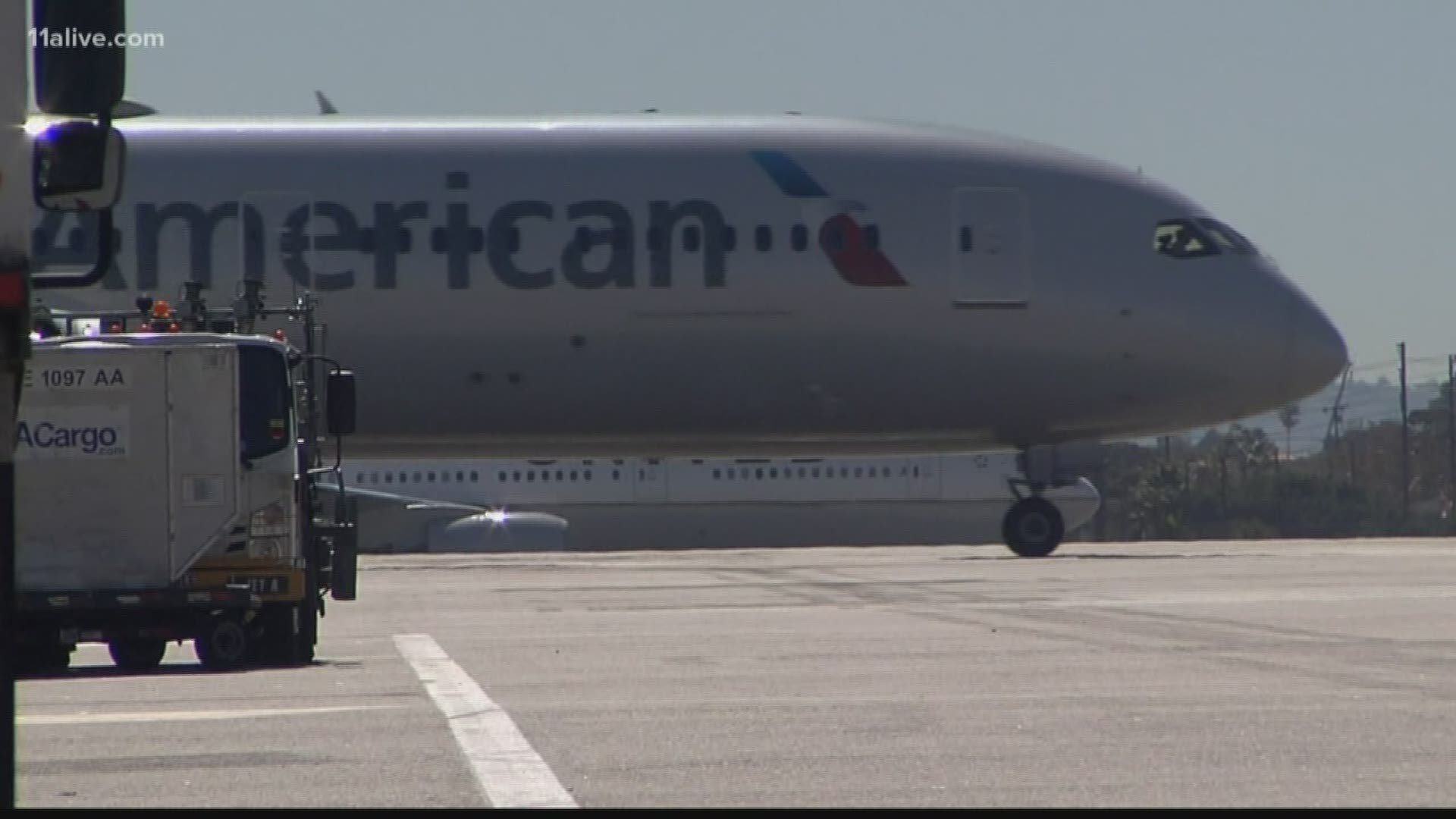 ATLANTA — An American Airlines flight attendant tested positive for hepatitis A, according to a report from the Atlanta-based Centers for Disease Control and Prevention.

The CDC says they received the report of the infection on Oct. 1.

According to 11Alive's Charlotte sister station WCNC, the male flight attendant was working onboard a Sept. 21 American Airlines flight from San Francisco to Charlotte.

The Mecklenberg County, North Carolina Health Department has contacted 18 people in that local area who were on board the flight. Health officials said those passengers were vaccinated and that there was no immediate threat to the public.

Hepatitis A spreads from person to person through contaminated food or water. The CDC says the ordinary incubation period for the viral infection has an average of 28 days, with a range of 15 to 50 days. Symptoms can included yellowish skin or eyes, fever, upset stomach, throwing up, diarrhea, joint pain and more.

RELATED: Passengers exposed to Hepatitis A on American Airlines flight to Charlotte

"CDC determines the need for a contact investigation for HAV based on whether the contagious person handled food or beverage and had symptoms during flight," said Marcus Hubbard of the CDC. "Because the flight attendant had diarrhea on several of his flights within the infectious period, contact investigations were done to notify passengers. The airline is notifying other crew staffing those flights."

American Airlines says they are taking the issue seriously.

In a statement to 11Alive, the airline said they have been in close contact with the CDC and local public health officials and are coordinating with them on required health and safety measures.

"For HIPPA privacy act related reasons, we cannot disclose specific information about the team member involved in this matter," the statement said. "However, once informed by the CDC of a team member potentially carrying infectious disease, American Airlines policy is to immediately remove the individual from service until all necessary health measures have been completed in accordance with CDC guidance.”

RELATED: Smyrna restaurant at center of Hepatitis A scare responds to alert

This past weekend, a Smyrna restaurant was under scrutiny when a food handler there tested positive for hepatitis A.

A spokesperson for Cobb County said that person would not be permitted to return to work until cleared by health officials.

In a release over the weekend, Cobb and Douglas public health officials said it is rare for a restaurant patron to become infected with hepatitis A due to an infected food handler, but anyone who consumed food or drinks at that restaurant on that day would be urged to contact a healthcare provider.