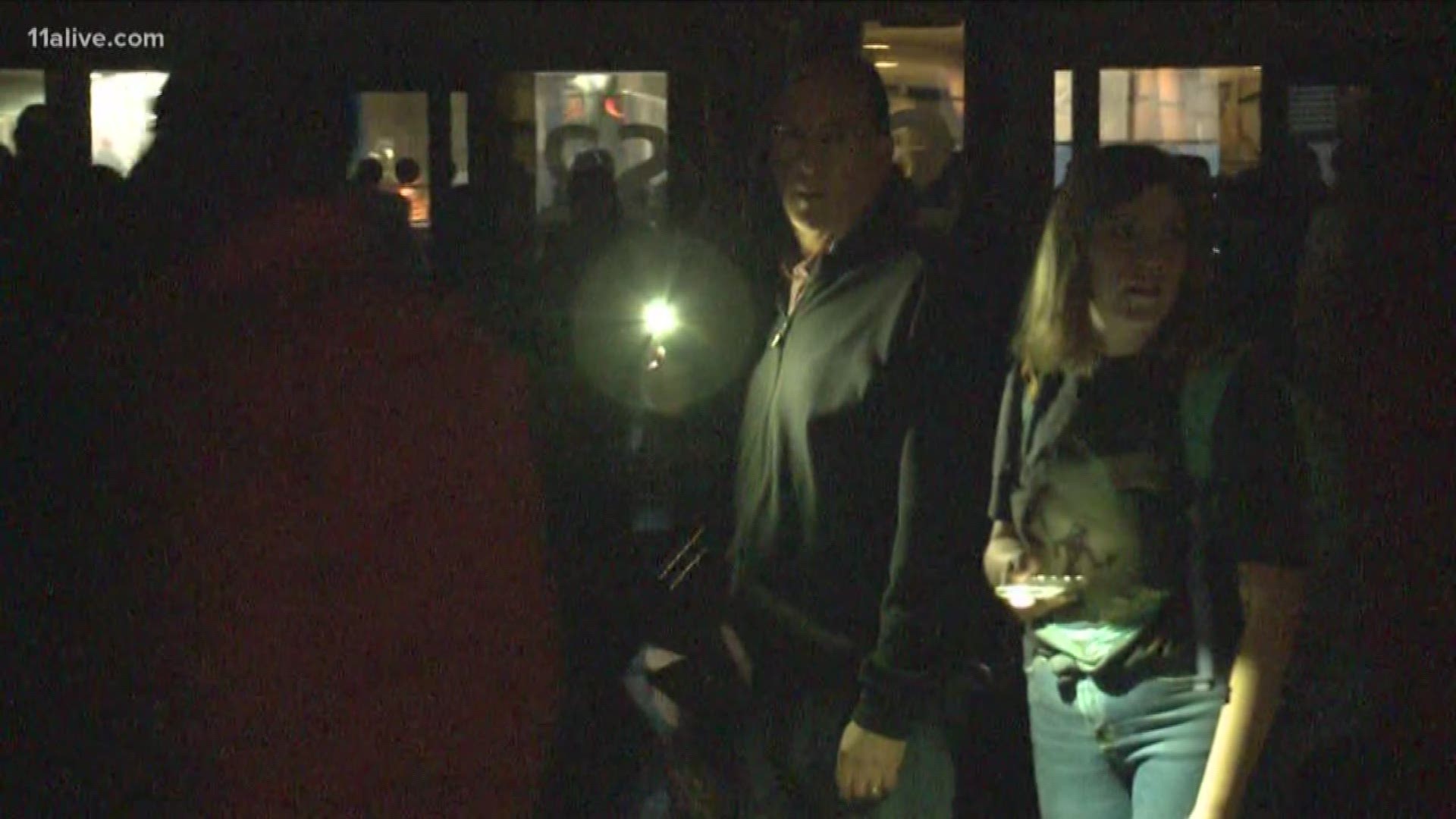 ATLANTA — On Monday, it will be one year since Hartsfield-Jackson International Airport went dark and turned into a ghost town.

A complete power shutdown caused by an electrical fire in an underground tunnel shut down all airport operations and grounded more than a thousand flights.

It was a Sunday heading into a big holiday week at the world's busiest airport - and it was suddenly dark.

For 30,000 passengers stranded at the airport, it was controlled chaos with limited lighting, spotty communications and little idea of what would happen next.

No flights, no lights, and no wi-fi.

What to do and where to go - airport and airline personnel scrambled to help, but the airport had never seen anything like this before.

“There’s nobody to help me and I don’t know what to do,” said one airline passenger as she sat alone with little idea of when she might get to her flight.

“Obviously what happened on December 17 was the perfect storm and a total anomaly - everything went wrong," said Tom Nissalke, assistant general manager of planning and development for Hartsfield-Jackson said.

Since then, it has been a continuing effort to make sure what happened on that night never happens again.

It is now a year later, and both airport and Georgia Power officials say that getting a 100 percent emergency electrical backup is still 30 to 36 months away.

“It consists of five generators in each of the blocks," Bentina Terry, senior vice president of Georgia Power, said. "It is a redundant system and it will provide a great deal of resiliency and reliability for the airport.”

More than $130 million has already been allocated for the generator system but tying in all the electrical systems will now take months of planning.

But more immediate is the installation of 90 cameras for early detection to make sure if there is another fire, it can be dealt with almost immediately.

As for airport, airline terminal and Georgia Power planners, it has been a busy learning year.

“We’ve learned a lot about communication, especially when most systems are down when it makes communication more difficult," Nissalke said. "We have learned about stakeholder coordination - whether it's amongst us, or our surrounding jurisdictions - and we also learned that we do not want to go through this again.”

With more than 290,000 passengers passing through Hartsfield-Jackson every day and with 2,700 daily flight operations, the world's busiest airport can hardly afford another Dec. 17.