The 274-mile route is set to connect two major transportation hubs in Georgia and North Carolina. 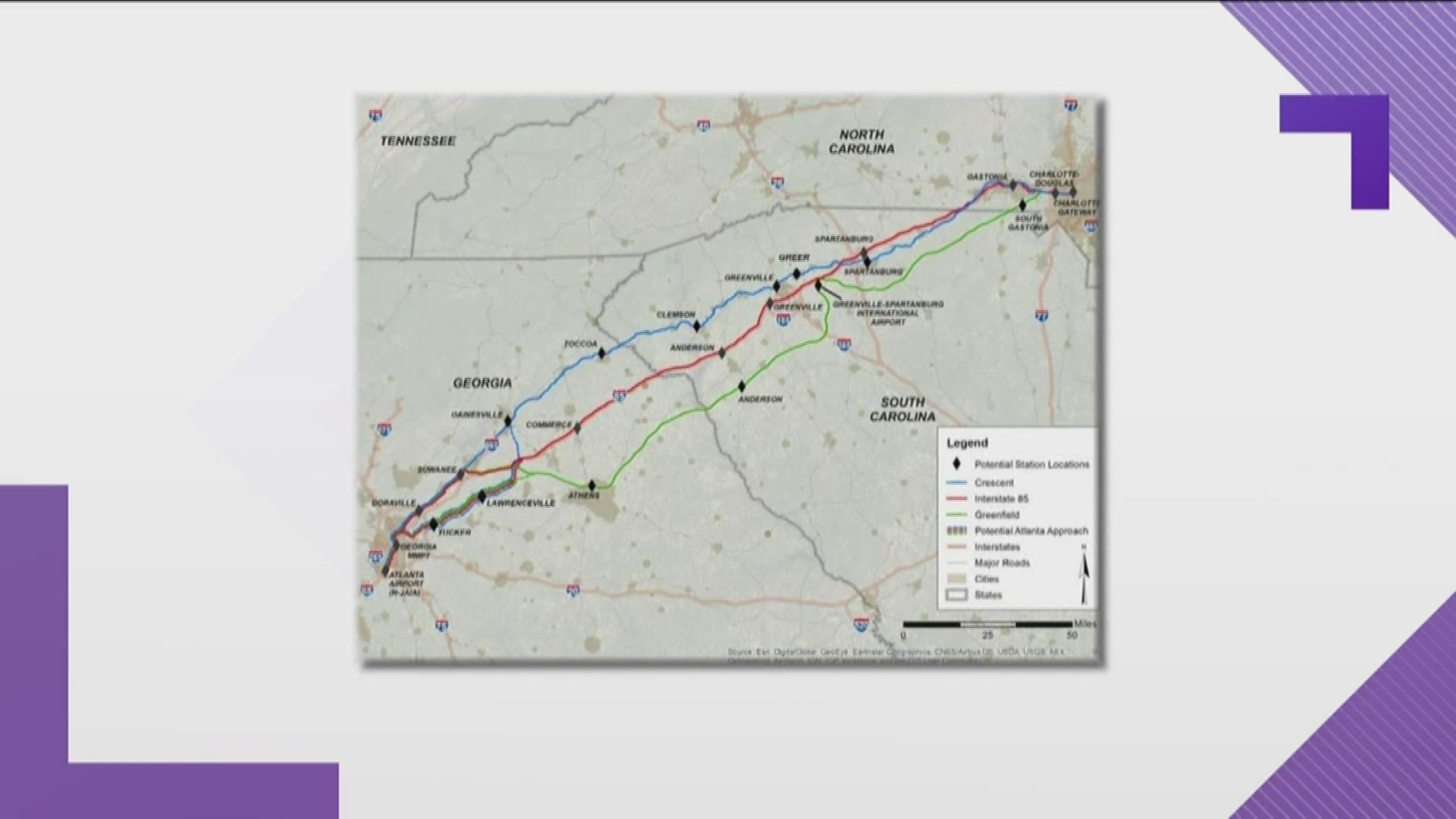 ATLANTA — Athens, Suwanee and Doraville are among the Georgia cities being considered as stops on a potential route in a high-speed rail that's set to zoom from Georgia to North Carolina.

The Georgia Department of Transportation and the Federal Railroad Administration announced on July 9 that the Greenfield Corridor Alternative is the preferred route for the high speed rail that will bullet from Charlotte to Atlanta.

The 274-mile route is set to connect two major transportation hubs in Georgia and North Carolina, and could sustain speeds of up to 220 mph.

The route has a starting point at Hartsfield-Jackson Atlanta International Airport, ending point at the Charlotte Gateway Station in North Carolina, and includes potential station locations along the way in Doraville, Tucker, Suwanee, Lawrenceville, and Athens as well as cities in North Carolina.

In October 2019, the agencies proposed three routes as options for the high speed rail that would run from the Peach State to the Tar Heel State.

The FRA officially recommended the Greenfield as its preferred alternative route last Friday after holding a comment period, in which they heard input from the public and stakeholders during open houses and other public meetings.

The FRA and GDOT published the decision in the Environmental Protection Agency Federal Register as part of the Tier 1 Final Environmental Impact Statement and Record of Decision (Tier 1 FEIS/ROD) after working with stakeholders in the Carolinas.

The Tier 1 FEIS/ROD study document states the Greenfield will improve intercity travel between the two southern states by expanding transportation capacity in the region and speeding up trip time and reliability.

The project is all about improving energy efficiency, air quality, and alternative travel modes while responding to economic, employment, and population growth, according to the document.

No need to cancel road trip plans just yet - the project has taken years to process and may still take plenty of time to complete.

The FRA is holding a 30-day waiting period after the July 9 announcement for the public, stakeholders, Native American Tribes, coordinating agencies and others to review and speak their minds on the Greenfield route and the Tier 1 FEIS/ROD study.