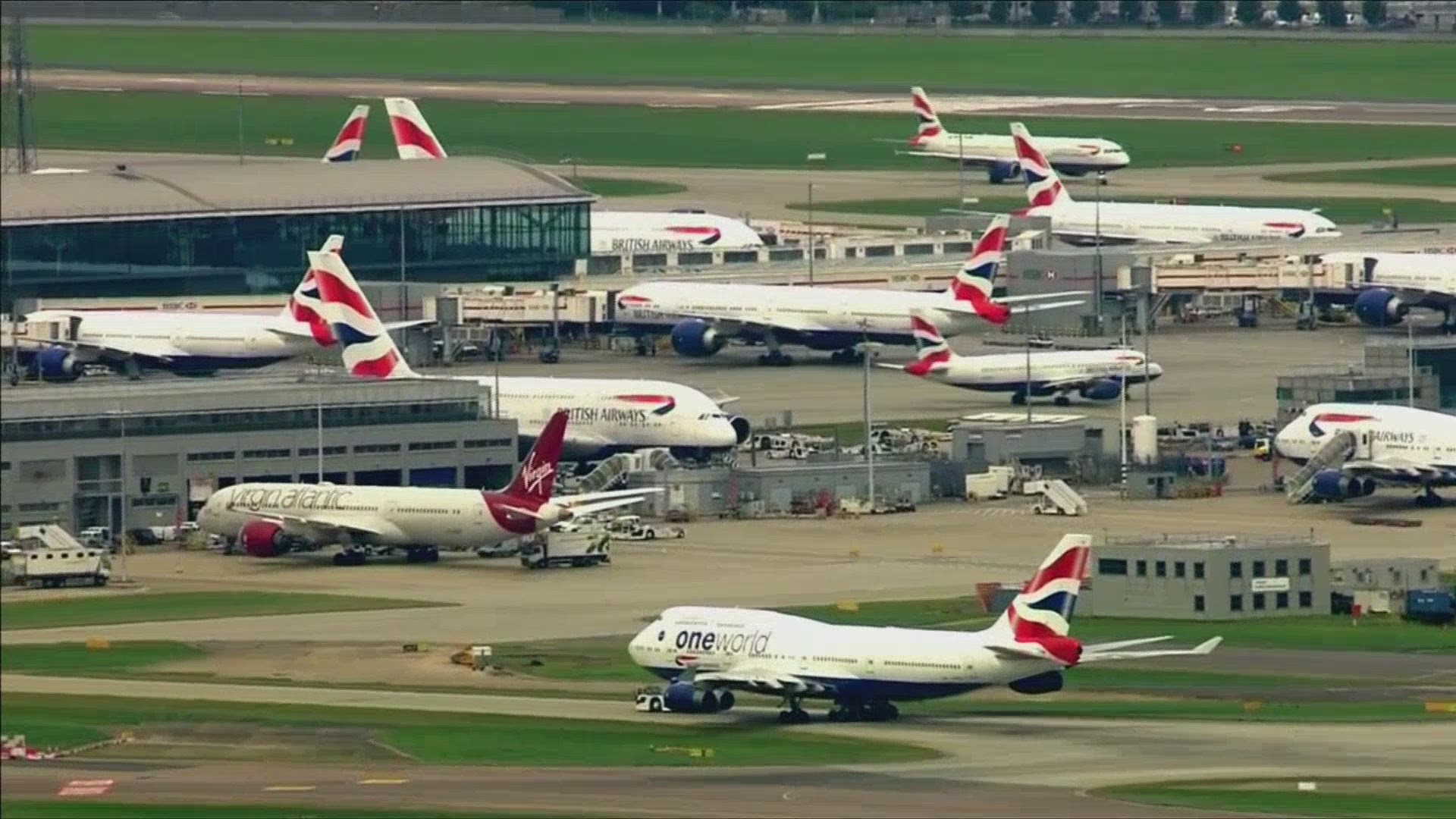 ATLANTA — British Airways said Monday it has canceled almost all its flights for 48 hours, affecting as many as 195,000 travelers, due to a strike by pilots over pay.

The cancellation has had minimal impact on Hartsfield-Jackson Atlanta International Airport. According to airport-atl.com, one flight from London, expected to arrive at 8:05 p.m., has been canceled. Also, a flight expected to depart from Atlanta and head to London at 10:20 p.m. has been canceled.

The U.K.'s flagship carrier said in a statement that it had "no way of predicting how many (pilots) would come to work or which aircraft they are qualified to fly."

As a result, it said it had "no option but to cancel nearly 100%" of its flights for the duration of the strike.

British Airways said it stands ready to return to talks with the pilots' union, BALPA, and that it has offered affected customers full refunds or the option to rebook. The airline had prepared for weeks for the strike, giving travelers advanced notice.

"We understand the frustration and disruption Balpa's strike action has caused our customers. After many months of trying to resolve the pay dispute, we are extremely sorry that it has come to this," it said.

British Airways says it has offered the pilots a pay raise of 11.5% over three years but the union says its members want a bigger share of the company's profits.

The union accuses British Airways is making big profits at the expense of workers who made sacrifices during hard times. A further strike is penciled in for Sept. 27.

"They've previously taken big pay cuts to help the company through hard times. Now BA is making billions of pounds (dollars) of profit, its pilots have made a fair, reasonable and affordable claim for pay and benefits."

British Airways operates up to 850 flights a day. London's sprawling Heathrow Airport will be the most affected by the work stoppage as it is the airline's hub and is used for many of the company's long-haul international flights.

For the latest information on flights out of Atlanta visit flightaware.com.

Teen hit by car walking to school remembered for his kindness: He was a 'one-of-a-kind child'