ACI World's report analyzed passenger traffic, aircraft movement and cargo volume data in 2020 and compared with 2019 at the busiest airports in the world. 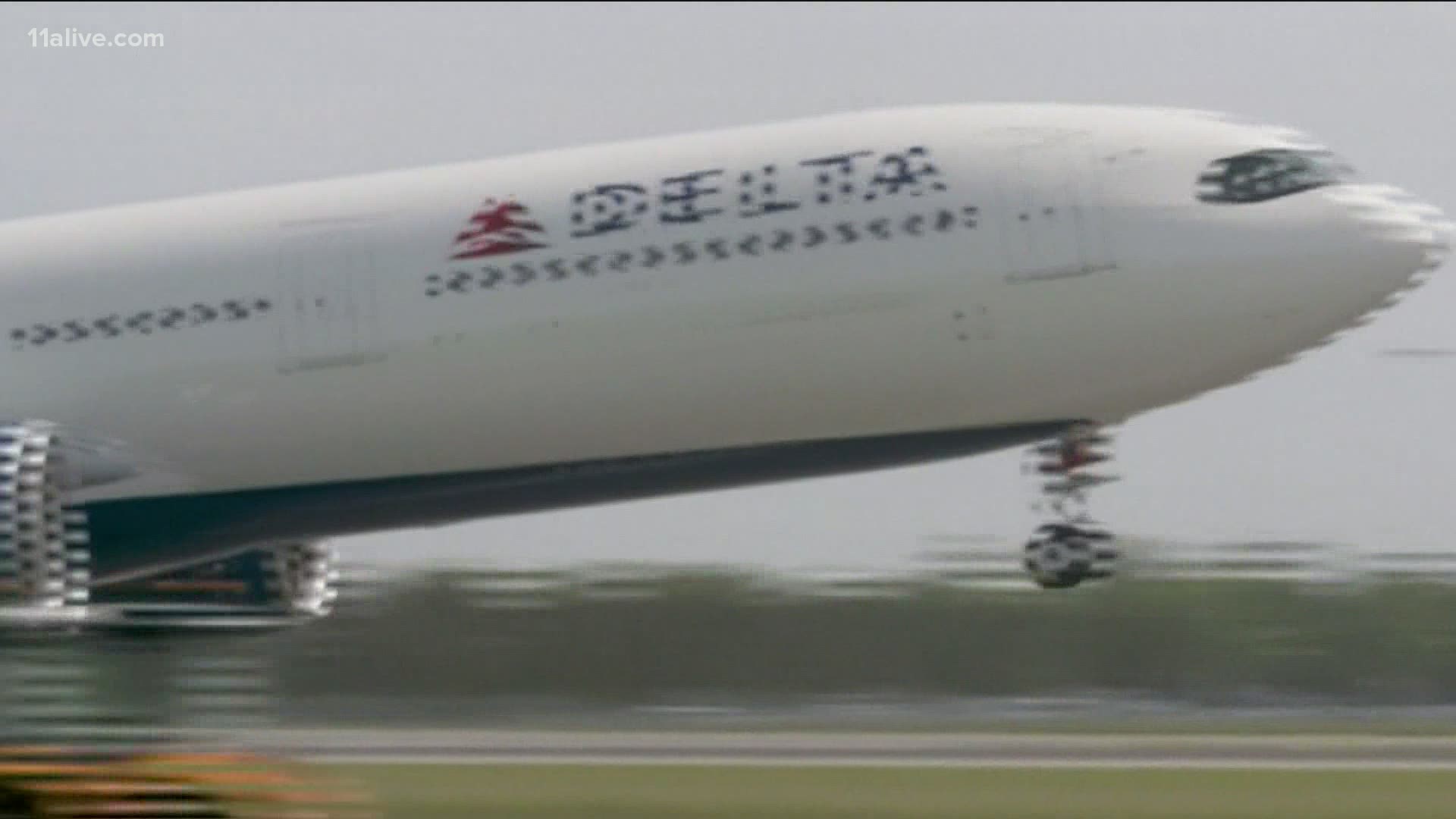 ACI World's report analyzed passenger traffic, aircraft movement and cargo volume data in 2020 and compared with 2019 at the busiest airports in the world.

The report, which had the year before ranked Atlanta's airport the busiest in the world in terms of passengers traveling through, now reports in 2020 it was surpassed by Guangzhou Baiyun International Airport in China.

In comparison, the data shows the world's top 10 busiest airports decreased in passenger traffic by 45.7% in 2020.

ACI World estimates there was a decline of 43% from 2019 in the total number of global aircraft movements.

Air cargo was less impacted by COVID 19, with the global number of loaded and unloaded freight and mail volumes, which only decreased by 8.9% in 2020.Tha ACI did not release data on Hartsfield-Jackson's cargo volumes.

Despite COVID-19, Hartsfield-Jackson estimated nearly a million people passed through the airport for Easter holiday travel.

In a statement, Atlanta Mayor Keisha Lance Bottoms said “While we have been proud of our title as busiest in the world, 2020 was an unprecedented year, with unprecedented challenges, impacting travel across the United States, and the globe."

“Hartsfield-Jackson’s top priority remains providing a safe and efficient experience for the traveling public," the mayor added. "During the pandemic, ATL took substantial steps to protect passengers and employees alike. Those steps are allowing Hartsfield-Jackson and its partner airlines to return to normal, and with a renewed push to reclaim our title as the world’s busiest airport.”

The city noted the airport remained the busiest in the world based on total flight operations, and the airport's interim general manager, Balram "B" Bheodori said, “Our status as the nation’s most efficient airport is extremely important to ATL,"

“Maintaining efficiency benefits the airlines, the concessionaires, and – most importantly – our passengers," Bheodori said.