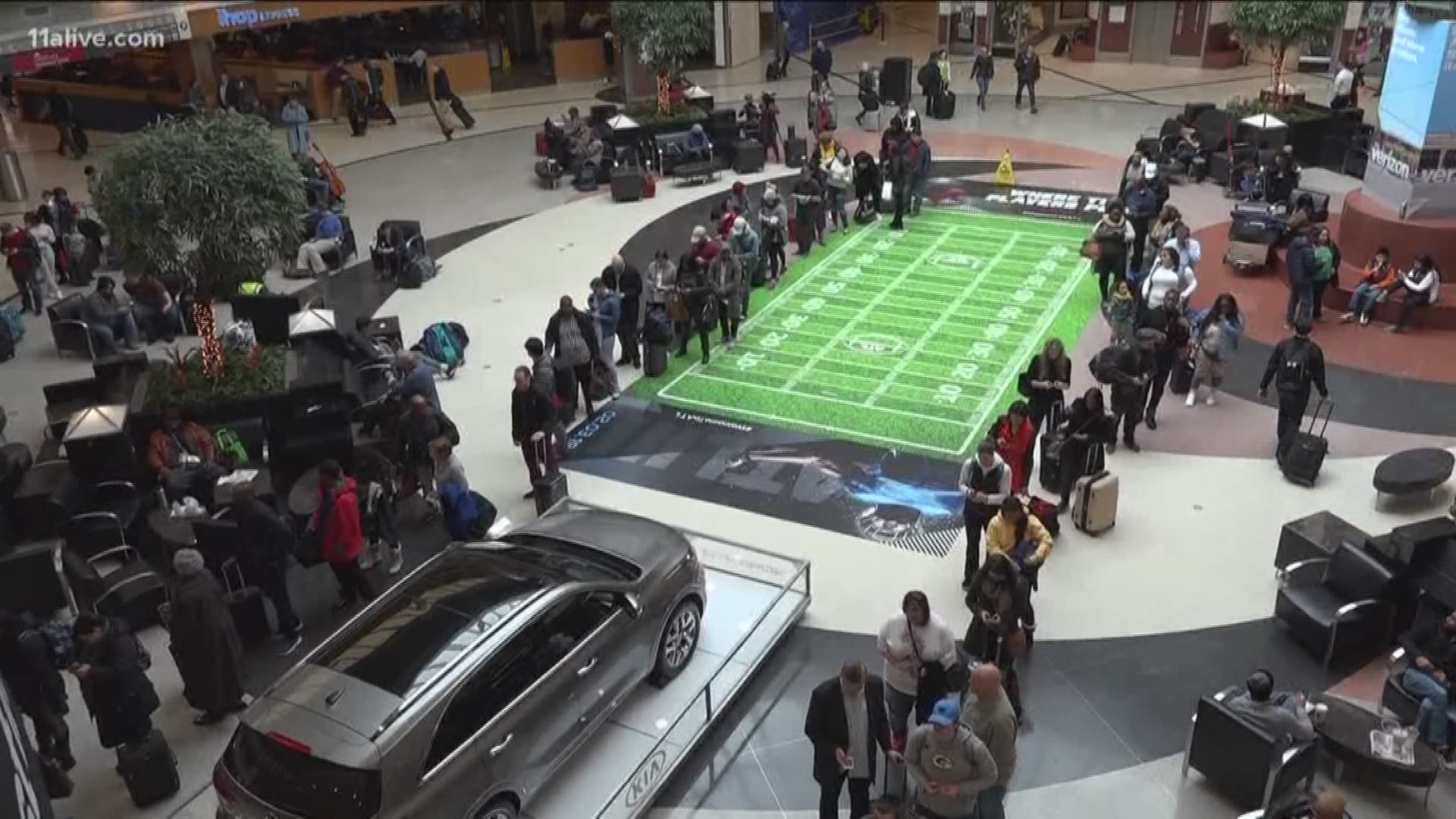 One bright spot was the International Terminal, where wait times were listed at between 15-and-30 minutes all day long.

Airport officials are advising that passengers arrive at the security checkpoints at least two hours before their scheduled departure time. However, with the extended lines, adding more time would be advised.

Why is there a long wait time at the airport?

Last week, the Transportation Security Administration insisted that long wait times being reported by news outlets around the nation were not the result of callouts by TSA employees due to the federal shutdown. However, as the partial government closure rolls into its 24th day TSA says the amount of unscheduled absences has more than doubled from this day last year. 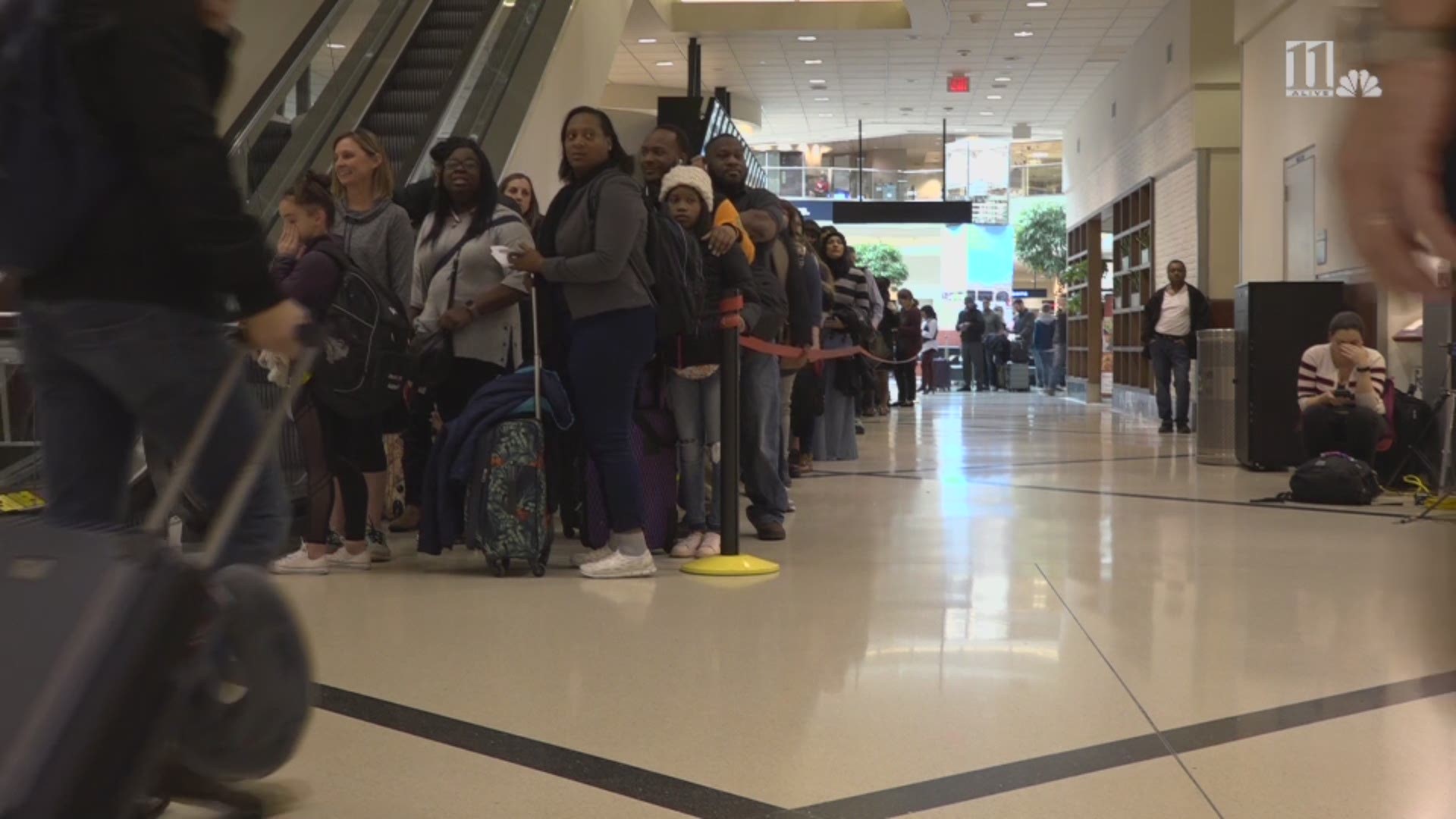 A Transportation Security Administration spokesperson told 11Alive on Monday that the agency "experienced a national rate of 7.6 percent of unscheduled absences compared to a 3.2 percent rate one year ago, Monday, January 15, 2018."

In addition, a TSA statement was released that pointed out that security standards would remain uncompromised across the nation.

"TSA men and women across the country continue to report for work at our nations airports to secure aviation. From passengers to airport personnel, and others making their way through terminals across the country, the kind of words of support have not gone without notice or impact," the statement said.

RELATED | Some TSA employees calling off sick during federal shutdown

In addition, TSA officials have been insisting that callouts by TSA workers have not limited the effectiveness of the TSA's mission since the beginning of the federal shutdown on December 22.

TSA workers are considered "essential employees" and as such, have been forced to work despite not being paid since the beginning of the federal shutdown.

On Monday, air traffic controllers joined the crowds in the airport lobby, holding up signs and handing out pamphlets urging people to talk to their lawmakers.

One air traffic controller in Atlanta, Dan McCabe says the job is already stressful enough. Now, they are not getting paid.

He says politicians in Washington, who are still collecting their paychecks, have forgotten about them.

"This is no longer a political debate, it's a human issue," McCabe said.

Officials said that more than 51,000 TSA officers remain on the job, though many have called off work since the federal shutdown started.

Some workers were calling out simply because they could not afford to pay for childcare or to make ends meet in order to afford to go to work.

Octavius Miller, a TSA employee at Hartsfield-Jackson, said he is taking out a short-term loan to make ends meet and support his infant daughter during this period.

“When we do things like this for political show-boating, I feel like the people become pawns, and I feel like me and my coworkers have become pawns in this game,” Miller said. “I have a lot of responsibilities I have to take care of.”

He lives about 45 minutes from the airport and said he keeps working because he wants to make sure he has a job at the end of the shutdown.

What is the wait time at Atlanta's airport?