The stimulus bill gave $25 billion to protect domestic airline workers’ jobs and benefits through September. A group of lawmakers is proposing an extension. 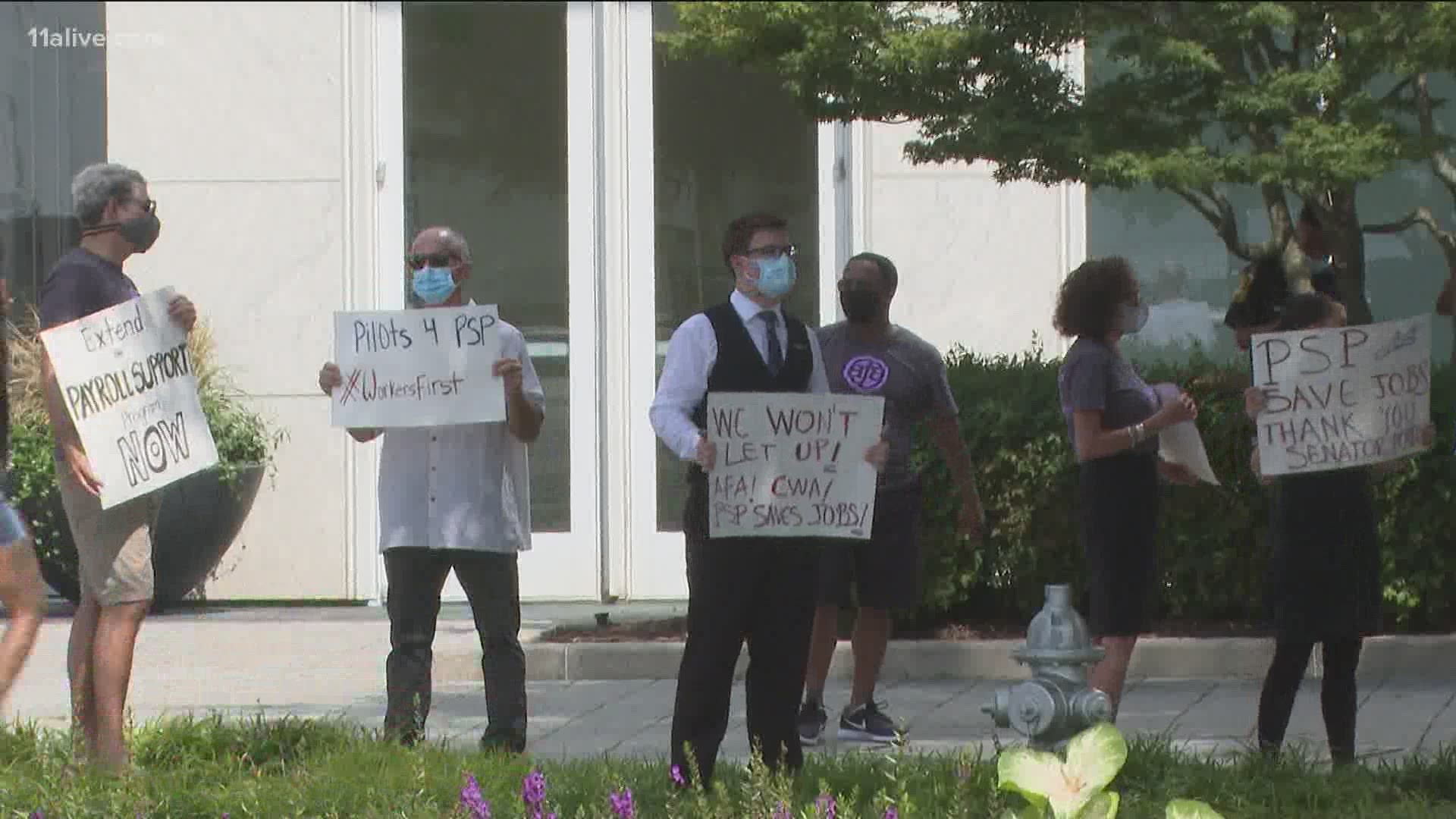 ATLANTA — Dozens of flight attendants carried signs and marched Tuesday in front of Sen. David Perdue's Atlanta office. The rally organized by the Association of Flight Attendants Union, was to push for a payroll support extension.

Christina, who has worked as a flight attendant for 12 years said their careers are at stake.

“It’s really simple, we just need a clean extension of the payroll support program that will keep aviation workers in their jobs connected to their healthcare, no pay cuts, no furloughs for any of us," she said. "It is as simple as that."

Now a group of lawmakers is proposing an extension to cover them until March of 2021. It's an extension these workers hope Sen. Perdue will help make happen.

“If there's ever anything he could get behind its saving jobs in Georgia,” said Christina.

Perdue’s office said he supported the original funding through the CARES Act and has publicly said Congress needs to be in Washington to reach an agreement.

Christina and other aviation workers now hope they do reach an agreement in time.

“I have put a lot of time into this industry. It's not like I can just flip a switch and go somewhere else. This is my job, this is my career," she explained. "Pretty soon it would be too late for our jobs,” she said.