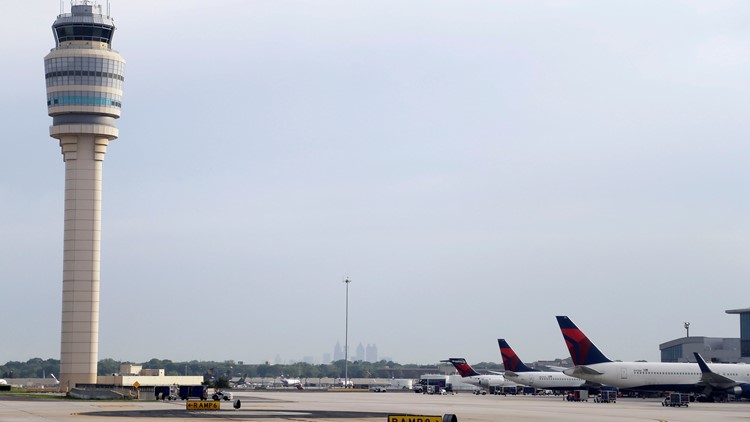 Photo by: AP Photo/Mike Stewart
In this Monday, May 9, 2016 photo, aircraft sit at their gates at Hartsfield–Jackson Atlanta International Airport, in Atlanta.

ATLANTA — Pilots across a large section of the southeastern United States are being urged to watch for updates from the Federal Aviation Administration (FAA) and take precautions due to a military event that may interfere with Global Positioning Systems.

The Navy Times reports that the U.S. Navy's Carrier Strike Group Four out of Naval Station Norfolk, Virginia will be training off the coast of Georgia and the result could impact navigation systems from Jan. 16 to Jan. 24.

Maps provided by the FAA show the extent of trouble "GPS Interference Testing" could have. And while the center of the test is pinpointed off the coast, the map shows that pilots could see interference issues in much of Alabama and the bottom half of Virginia. All portions of the Carolinas, Georgia and Florida appear to be inside the impacted areas, however.

The good news for most residents across the Southeast is that the systems in their cars likely won't be affected. Even at its epicenter, the interference appears to only be a concern for systems higher than 50 feet above ground level. That would apply to a large portion of northeast Florida and southeast Georgia.

The further away a flight is, the higher up it would have to be to feel the impacts of the test. At the furthest point, about 400 miles out, interference would only be possible for flights around 40,000 up - or in the range that a commercial flight would be traveling.

The FAA has released some guidance on when these tests will happen in GMT.

Pilots who do experience anomalies are asked to report them in accordance with the Aeronautical Information Manual requirements.

As for why the tests are being performed at all, the FAA suggests that they are routine. That said, the Navy Times points to them likely being part of a continued emphasis by the Department of Defense to confront "emerging threats in the electronic warfare realm." The news agency spoke with the executive director of the National Space-Based PNT Advisory Board who said that system jamming attacks are not new - and others that reroute aircraft are actually possible - but complicated.

First chief of US Space Force sworn in

Disagreements at Democratic debate over US military abroad