Security upgrade at Atlanta airport allows for speedier lines, electronics and liquids to remain in bags

The upgrade increased capacity at Hartsfield-Jackson's South checkpoint and is the first of its kind in the nation. 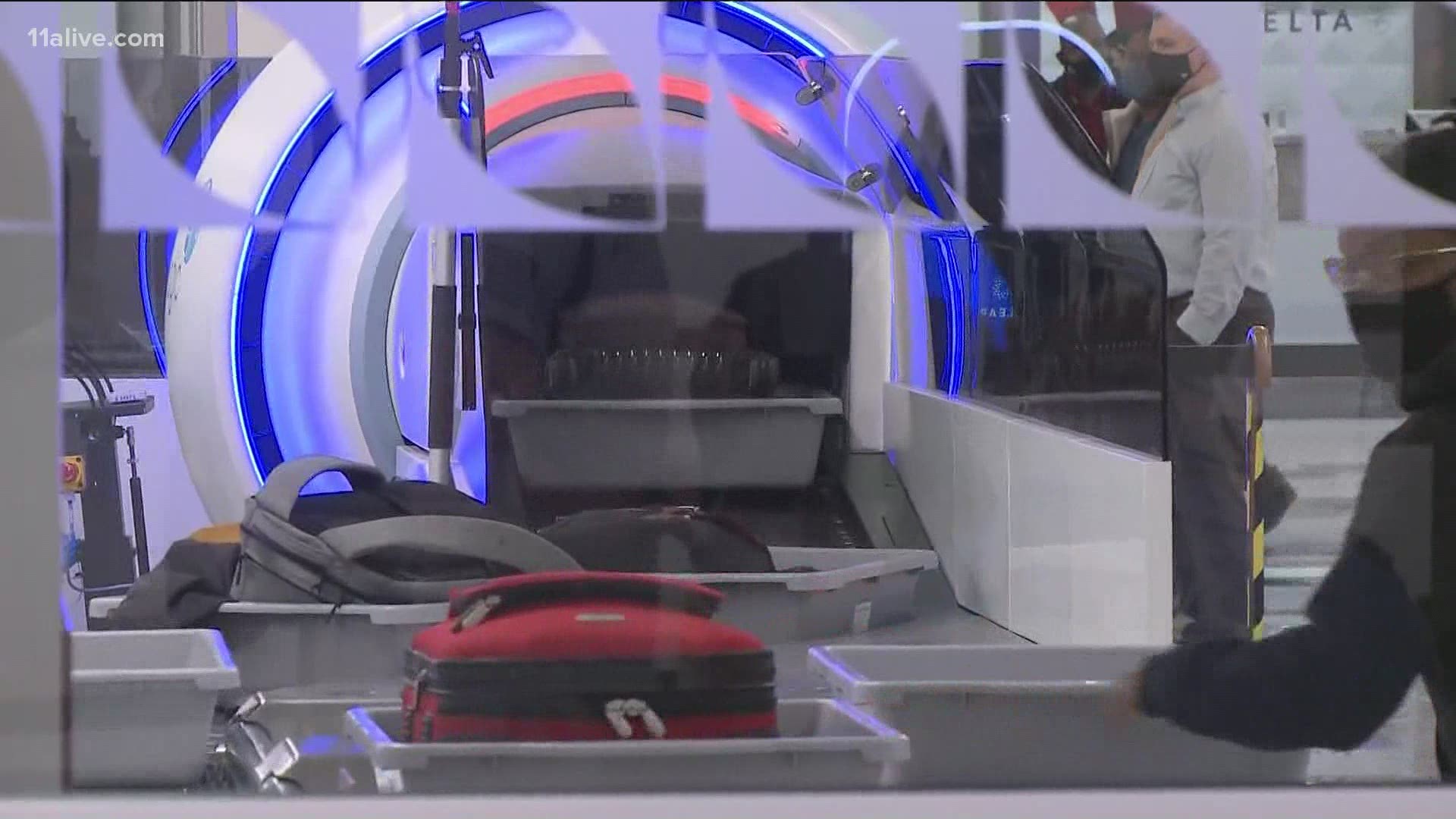 ATLANTA — Hartsfield-Jackson Atlanta International Airport is now on the cutting edge of security technology, debuting this week a first-in-the-nation upgrade that will allow speedier security lines.

The technology will, among other things, allow pre-screened travelers to keep approved liquids and electronics, such as their laptop or iPad, in their carry-on bags as those go through screening.

The ribbon-cutting for the new South Terminal checkpoint was held on Monday, with the upgrade more than doubling the number of lines from four to nine.

It came at just the right, time, too - according to figures provided by Hartsfield-Jackson's communications director. They're expecting 1.1 million passengers to travel through Atlanta between Nov. 23 and Nov. 29 during the Thanksgiving rush.

While that's about 30-35 percent less than a year ago, by official estimates, it still represents a heavy surge from typical travel figures.

According to Delta, the technology upgrade at Atlanta's airport involves "computed tomography," a process described by the TSA as "similar to CT technology used in the medical field."

"TSA’s current screening technology for carry-on bags uses 2-D images. The CT technology applies sophisticated algorithms for the detection of explosives and other threats by creating a 3-D image that can be viewed and rotated 360 degrees for a thorough analysis," the TSA website states.

According to Delta, testing showed the upgrade allowed passengers to move through security 20 percent faster.

"The new systems also help minimize touchpoints and reduce crowding for safer travel – protocols that have become especially important during the COVID-19 pandemic," a Delta release said. "More than 70 percent of Delta’s customers have cited the TSA checkpoint as one of the most important parts of their journey to remain clean and sanitized."

Delta's senior vice president for airport customer service, Eric Phillips, said in a statement that the upgrade would "improve the security experience by making it faster and more seamless, which is something we know is important to our customers."

“This enhancement in our largest hub market will help reduce stress, minimize airport touchpoints and improve the overall experience for Atlanta travelers for years to come," Phillips said.