JASPER COUNTY, Ga. — A national agency has released its preliminary findings from the scene of a plane crash that happened just days into the new year.

A new report from the National Transportation Safety Board (NTSB) describes, in great detail, what investigators found in Jasper County upon arriving on the scene where parts from a Cessna 172H had gone down, killing its pilot, 72-year-old Millwood Ashley Dekle.

And while most if not all of the damage listed in the report details post-crash damage and the condition of the airplane parts themselves, it also describes what witnesses saw moments before the aircraft careened into the treeline.

"Witnesses reported that they heard and saw the airplane flying at a low altitude in circles when it suddenly descended into the trees," the NTSB report said. 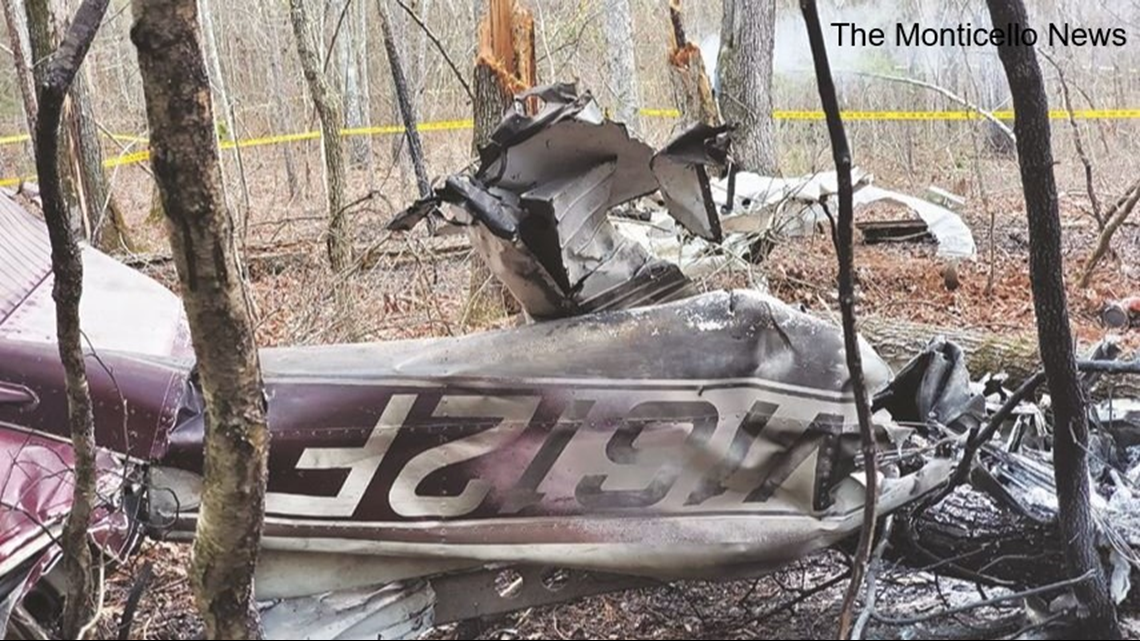 Radar data supported those sightings while going into even greater detail.

"About an hour into the flight, the airplane turned west southwest in a meandering track across the ground for about 10 miles, then it made a right turn to the north and completed several left 360° turns, before turning back to the east and completing two additional right 360° turns," the preliminary report said. "The flight proceeded to the north briefly, completing several 360° turns before continuing into thirteen 360° right turns that progressed in an easterly direction until radar contact was lost near the accident site."

Meanwhile, findings at the scene suggest many of the parts of the aircraft and engine checked by investigators were still in working order or showed no signs of failure or damage before the crash.

"All valves, pushrods and springs operated normally, and the crankshaft rotation was smooth, with no noticeable abnormal noise or friction noted," the report stated. "The pistons appeared well lubricated and there was no interior engine damage observed."

The spark plugs also appeared to have minimal wear suggesting they weren't the cause of the crash. The aircraft itself had seen 3,806 hours of airtime since its airworthiness certificate was granted in 1967. The engine on the aircraft had about 448 miles on it since an overhaul in Sept. 2018.

However, the report did show signs that the pilot, Dekle, while having many hours of flight time in his record, hadn't flown in quite a while.

"The pilot reported civil flight experience that included 344 hours of total flight time and 0 hours in last six months as of his most recent aviation medical exam on November 15, 2013," the report said.

Dekle didn't file a flight plan but was apparently flying from Toccoa, Georgia to Cairo, Georgia when his aircraft came down around 2:15 on Jan. 6. The pilot was the only person on board.