Some travelers spending hours looking for parking at Atlanta airport

Airport officials said they're working to alleviate the packed parking lots, but patrons said it's just not enough. 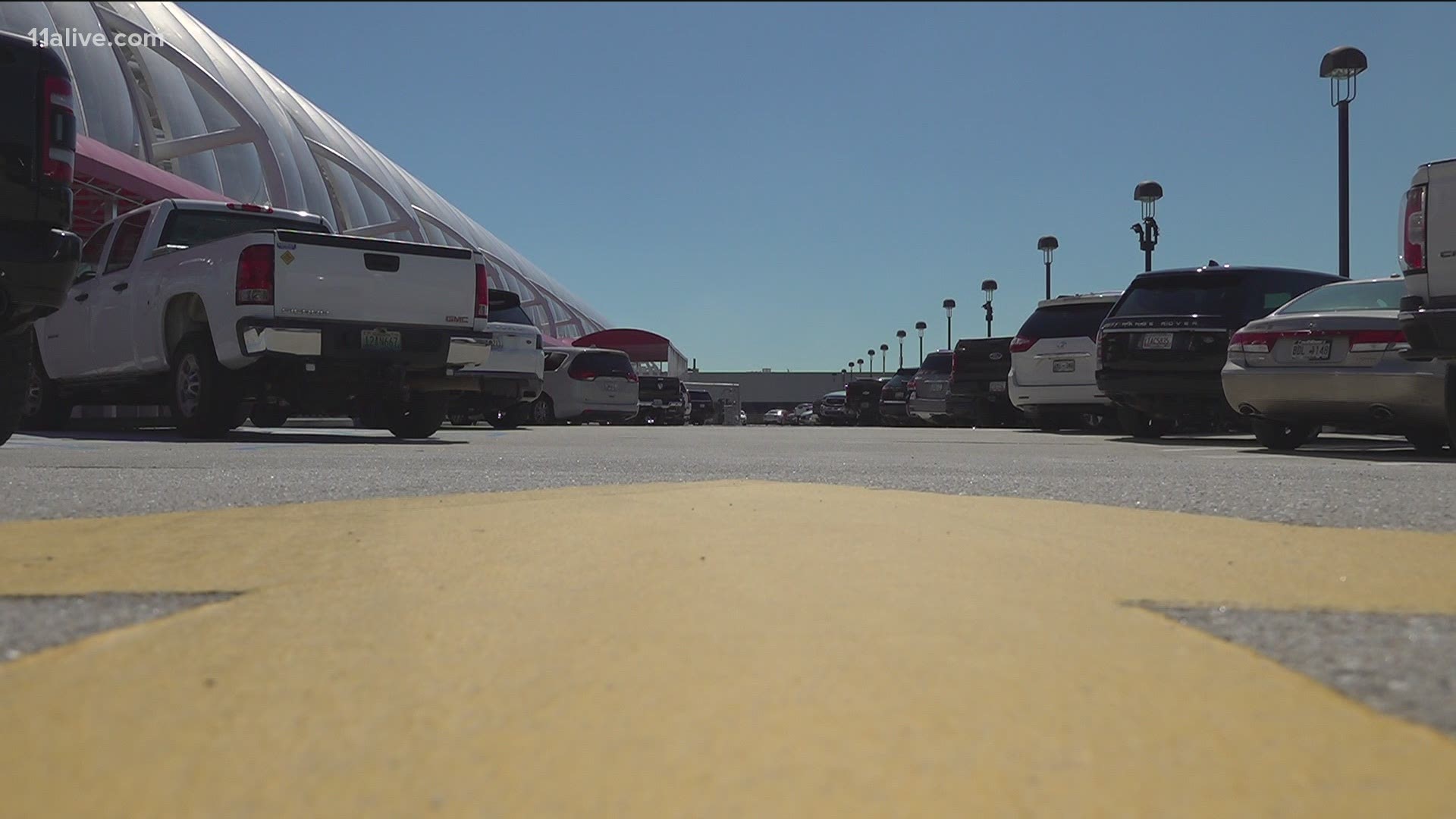 ATLANTA — Travelers at Hartsfield-Jackson Atlanta International Airport claim they're spending hours searching for parking, and in some cases even missing their flights because of it.

Airport officials said they're working to alleviate the packed parking lots, but patrons said it's just not enough. Many are taking matters into their own hands.

"I had a family member who traveled, and they said it was hard," one woman said. "They kept going around and around and that took up so much time. So we got here like, really early."

Another traveler said she parked a couple of miles away.

"I've heard that people have had long waits to find a parking space," she said. So we went ahead and parked off property about 2 and a half miles to take a shuttle."

According to airport officials, all on-property parking lots, besides Park-Ride Lot A and Park-Ride Lot C have reopened, which includes 10 lots offering about 29,000 parking spots.

They said they're constantly updating parking lot statuses online and they encouraging patrons to park at the international terminal and use a shuttle to get to domestic.