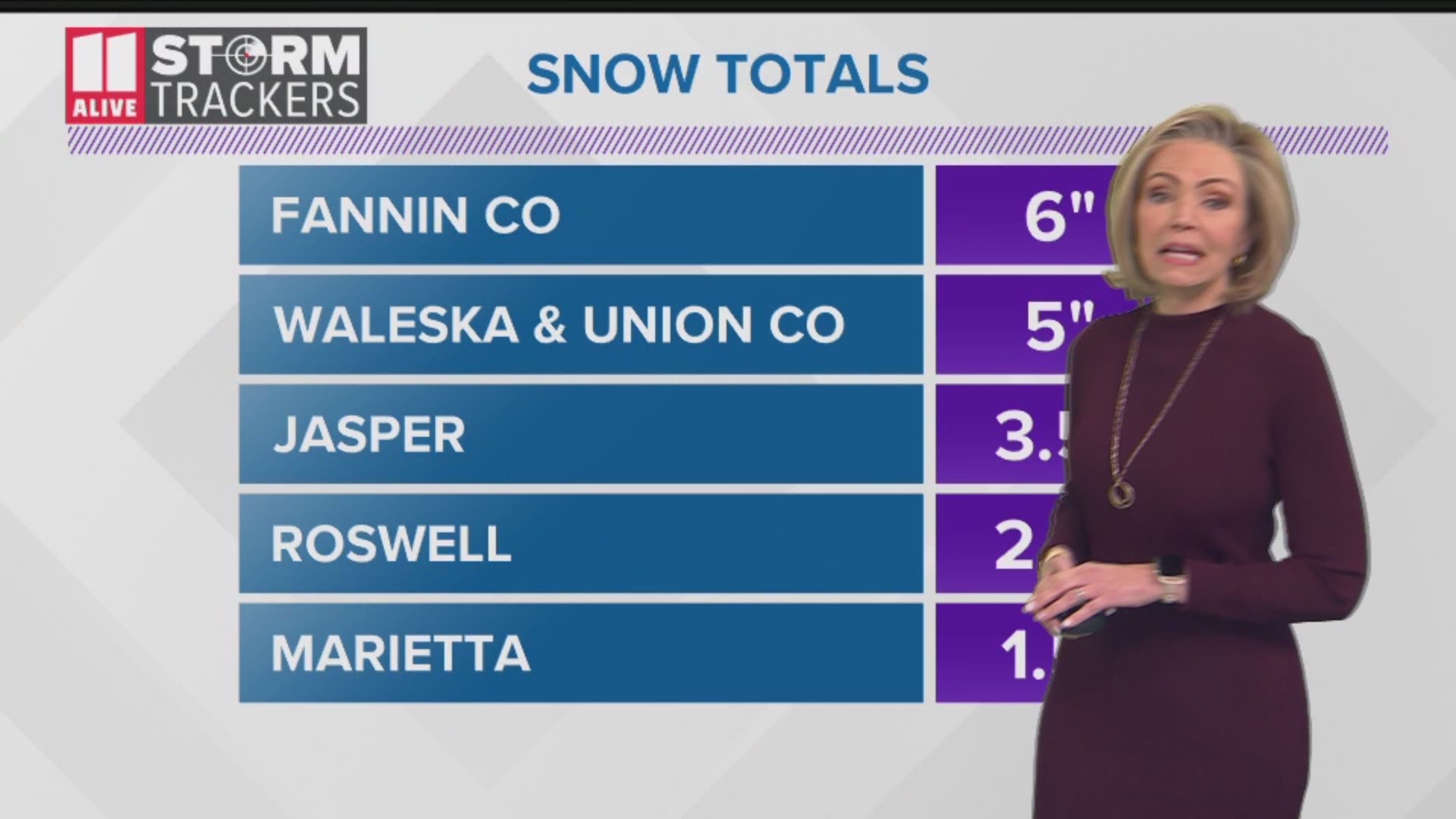 ATLANTA — The FAA has initiated a temporary ground stop for inbound travelers at Hartsfield-Jackson International Airport on Sunday morning.

The FAA says the stoppage is due to lowered ceilings from ground fog, which has not only affected air travel, but traffic on the ground as well.

The National Weather Service has issued a Freezing Fog Advisory for most of north Georgia, including metro Atlanta through 9 a.m.

A freezing fog advisory is issued when visibility is limited to one-quarter of a mile or less in freezing fog.

Hazardous driving conditions due to low visibility and potential icing is possible on roadway surfaces.

Motorists are advised to use extra caution and be aware of the possibility of black ice on roadways and bridges.

This is extended to runways and taxiways for airports, which is why the ground stop has been issued at Hartsfield-Jackson International Airport.

Both the Ground Stop at the airport and the freezing fog advisory for most of north Georgia are in effect until 9 a.m. Sunday.