The dog was found emaciated, having survived for a month only on rainwater from a mud puddle that his outstretched neck could barely reach. 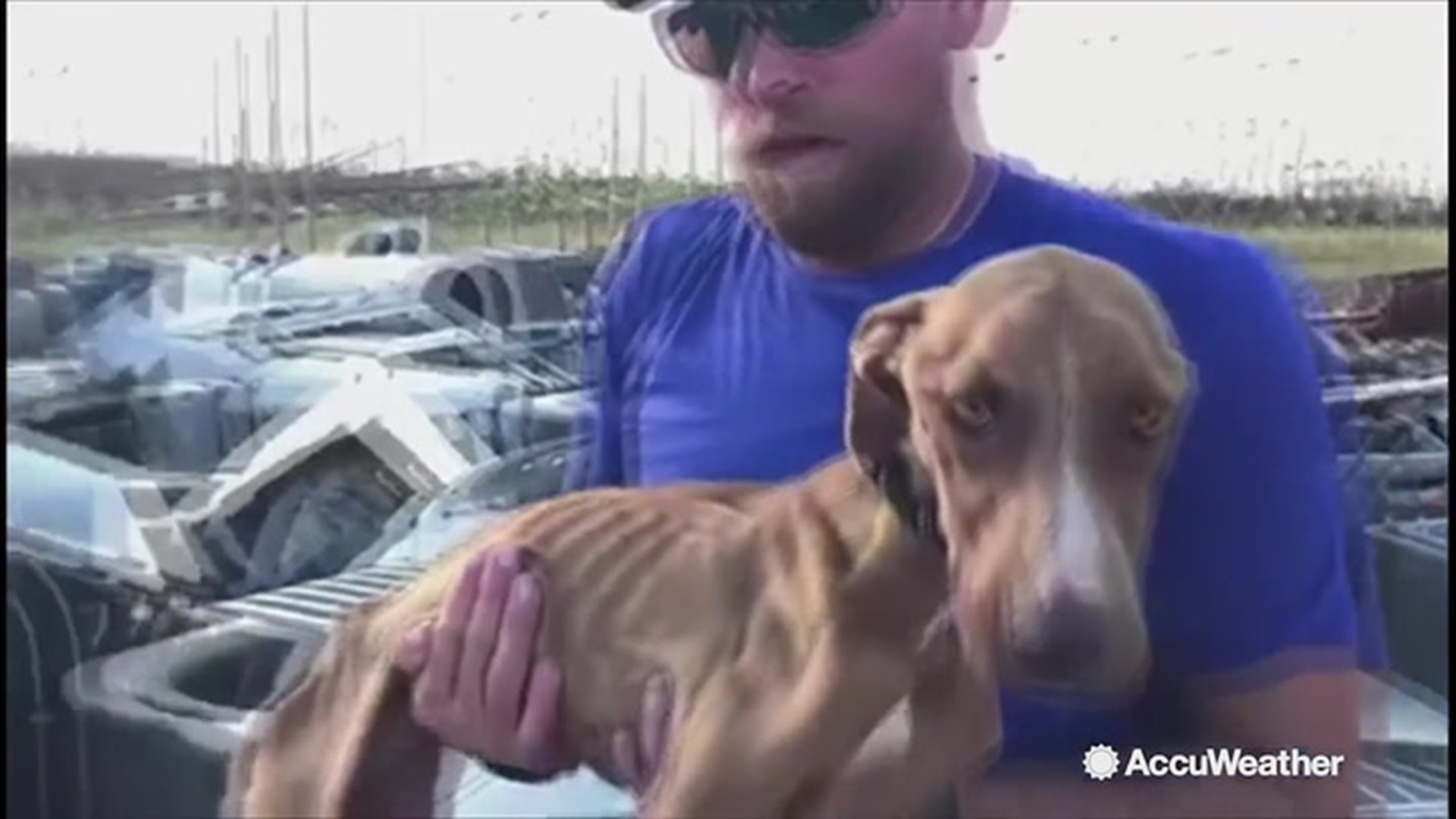 The breathtaking footage was difficult to see and hard to forget.

Video showed an emaciated dog carefully being carried away from hurricane debris by an emotional volunteer after having been trapped for nearly a month beneath an air conditioner. He lived only on rainwater from a mud puddle that his outstretched neck could hardly reach -- he survived and the dog next to him did not.

Big Dog Ranch Rescue from Loxahatchee, Florida, spent weeks rescuing animals in the Bahamas in the wake of Hurricane Dorian, which struck on Aug. 24. They often used a drone with infrared technology to pick up heat signals of animals in the rubble, which was how they located Miracle.

RELATED: Dog named Dorian rescued from waters of marina ahead of hurricane

"We received cards, gifts and photos from all over including Germany, England and Australia," Big Dog Ranch Founder and CEO Lauree Simmons said.

With no word from his unknown family, feared killed during the hurricane, Simmons on Tuesday revealed Miracle's new owners.

"Today Miracle will be going home with his new family. They have a Bahamas connection, losing a longtime family home in Hurricane Dorian. They live about an hour away from the ranch allowing us to observe the many trips they took here to see Miracle. When we saw the way Miracle bonded with the kids they rose to the top of our list. With three wonderful young girls, ages 3, 5, and 8, Miracle is in for the pampering of a lifetime," Simmons said.

The Beatys, of Palm Beach County, Florida, are Miracle's new family. Briana and Clark and their three daughters, Jayne, Kate and Claire, are thrilled they were chosen. Briana says keeping the adoption private wasn't easy.

"Having to keep the secret of something you are so excited about is like the first few private but joyful weeks of being pregnant. Our eight-year-old has been researching dog body language and behavior - to the point that she has been sleeping with a dog bed that we have for him so that her scent gets on the bed."

While Miracle happily plays with his new family now, his road to recovery hasn't been easy. He was unable to eat more than a few bites as a result of a stomach that shrunk from lack of food. He was attended to around the clock, carefully being fed every two hours. Lack of movement for weeks led to muscle atrophy, so a carefully planned schedule of movement and massage was implemented to help him regain the ability to walk. Miracle also faced a respiratory infection but he beat all the odds and regained full health.

Briana Beaty says that although the family is ecstatic to be chosen among so many, she hopes it won't deter others from finding a "Miracle" of their own.

"There are so many precious dogs (from the Bahamas and beyond - even China) looking for their forever homes out at the ranch.  We almost feel guilty taking him knowing he would be most certainly adopted. If everyone that called in for Miracle adopted a pup the shelter (and others) would be cleared, and that would be another wonderful miracle," she said.

A story that began with a miracle and ends with Miracle.

To date, Big Dog Ranch Rescue has delivered over 100,000 pounds of food and medical supplies to the island, rescued over 162 dogs and reunited over 69 loved pets with their families separated during Hurricane Dorian.

To donate to the Miracle Fund, adopt, volunteer or for more information visit BDRR.ORG.