Refresh this story for updates. 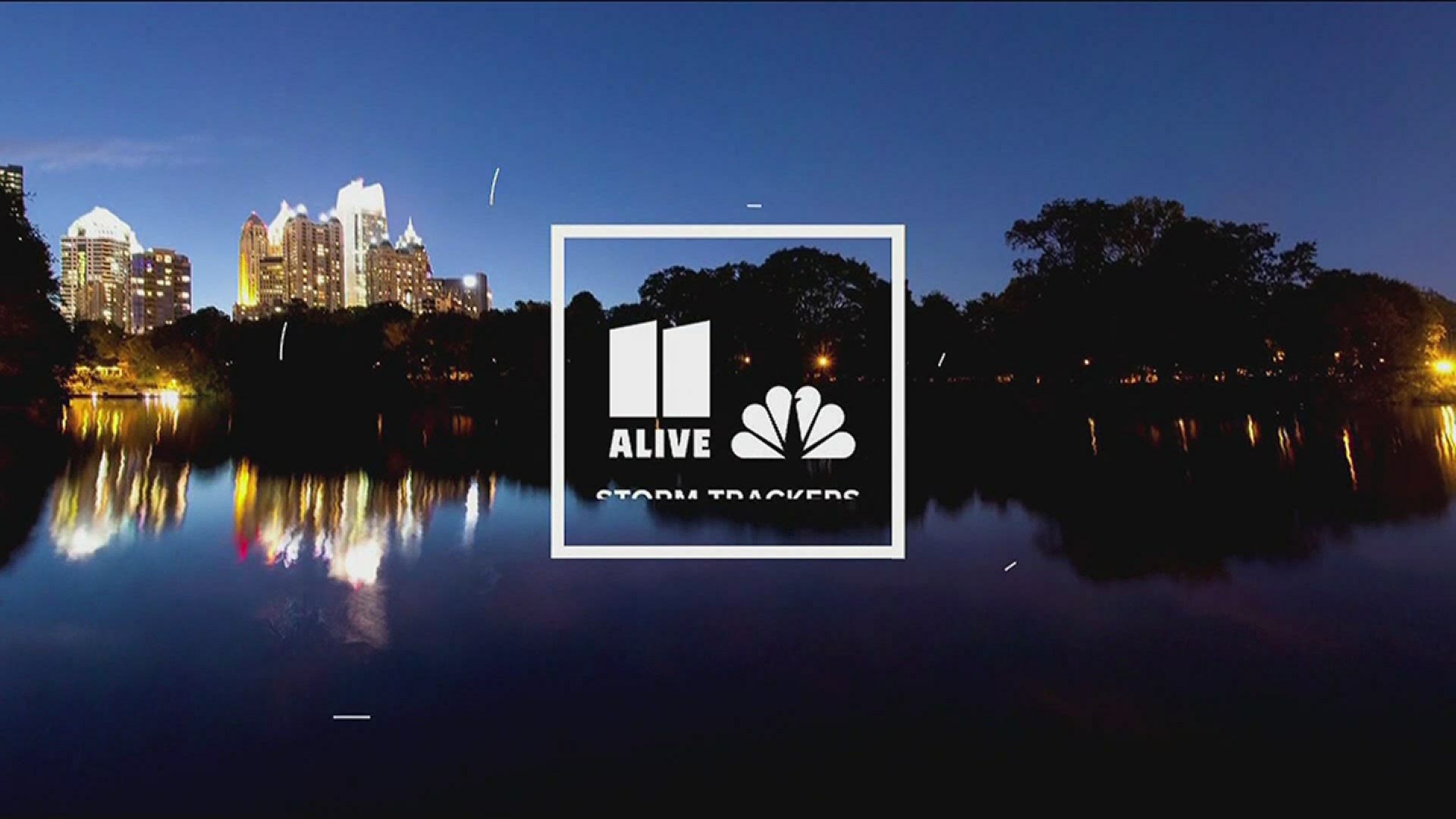 There is currently a marginal risk for isolated severe storms on Sunday according to the Storm Prediction Center and that will include parts of the northwest metro Atlanta area. The rest of the region can also expect showers and general thunderstorms.

9:54 p.m. | A Flash Flood Warning has been issued for portions of Cherokee, Cobb and Fulton counties until 4 a.m.

9:08 p.m. | StormTracker Chandler Stuart sent us this photo of dark skies illuminated by lighting over Atlanta.

8:52 p.m. | A Flash Flood Warning has been issued for Forsyth and Gwinnett counties until 3 a.m.

8:17 p.m. | The Severe Thunderstorm Warning for Cherokee, Cobb, and Fulton counties has been canceled.

8:02 p.m. | Rose Ann Muscarella-Keenan got video of the rain pouring down in Marietta. 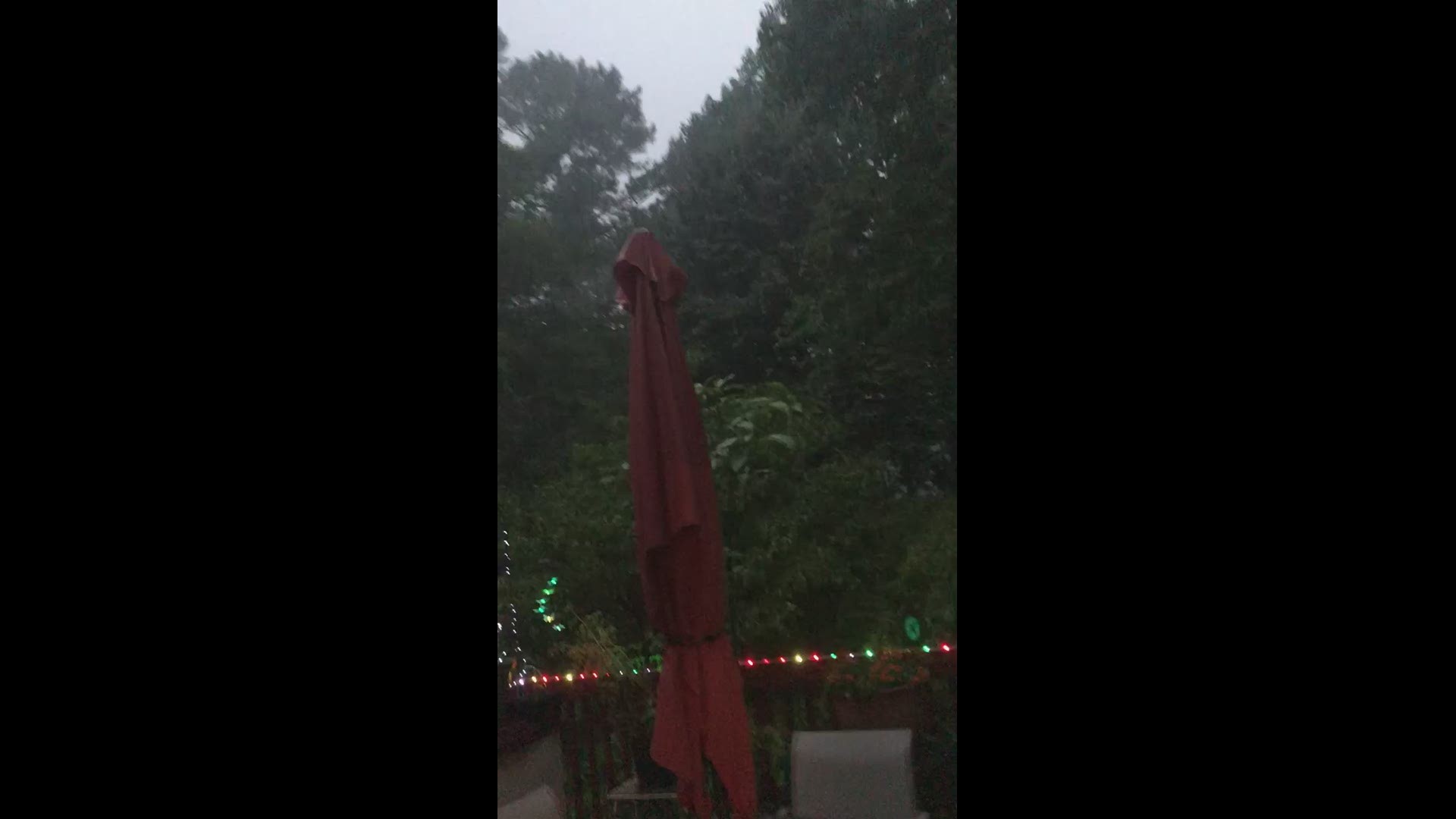 7:55 p.m. | A Severe Thunderstorm Warning has been issued for Cherokee, Cobb and Fulton counties until 8:30 p.m.

7:36 p.m. | StormTracker Marilyn Nuovo saw these clouds above town in Roswell this evening.

7:03 p.m. | The National Weather Service has canceled the Severe Thunderstorm Warning for Clayton and Fulton counties.

7 p.m. | The 911 Call Center in Habersham County reports a large tree down blocking a median near Shoal Creek. The exact road wasn't provided. Elsewhere around the same time, there were public reports of trees down and a rooftop weather station reported a 67 mph wind gust on Watts Mill Road and Sillycook Trail. 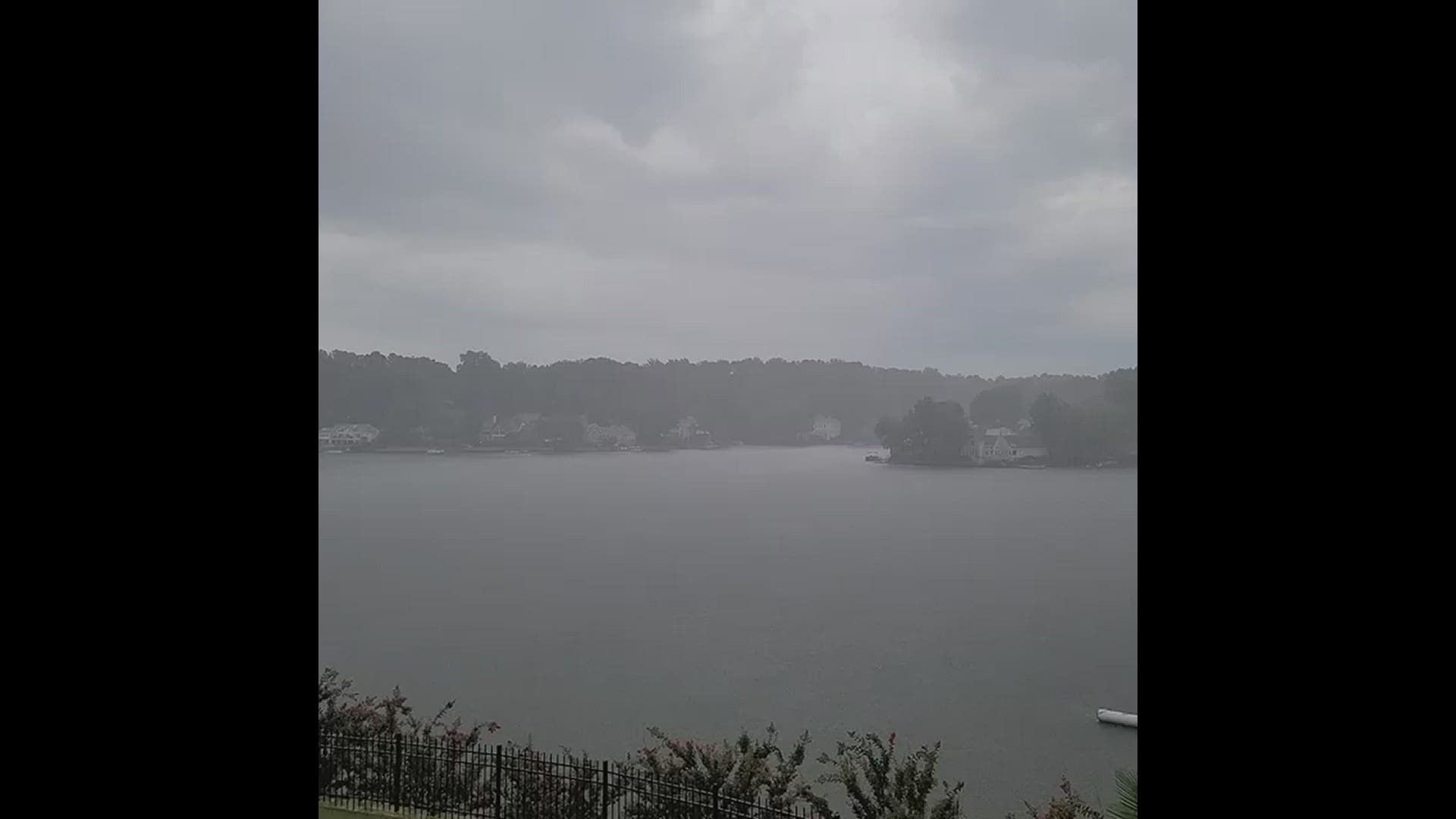 6:41 p.m. | A Severe Thunderstorm Warning has been issued for Habersham and Rabun counties until 7:15 p.m. The storms are capable of winds up to 60 mph and hail up to three-quarters of an inch in size.

6:36 p.m. | A Severe Thunderstorm Warning has been issued for Clayton and Fulton counties until 7:15 p.m. The storm is capable of winds of up to 60 mph and one-inch hail.

Stay with the 11Alive StormTrackers for the latest updates, along with any weather advisories or warnings that may be issued throughout the remainder of the day.