Trees in roads and houses, fronts of businesses ripped off | Conyers slammed by evening storms 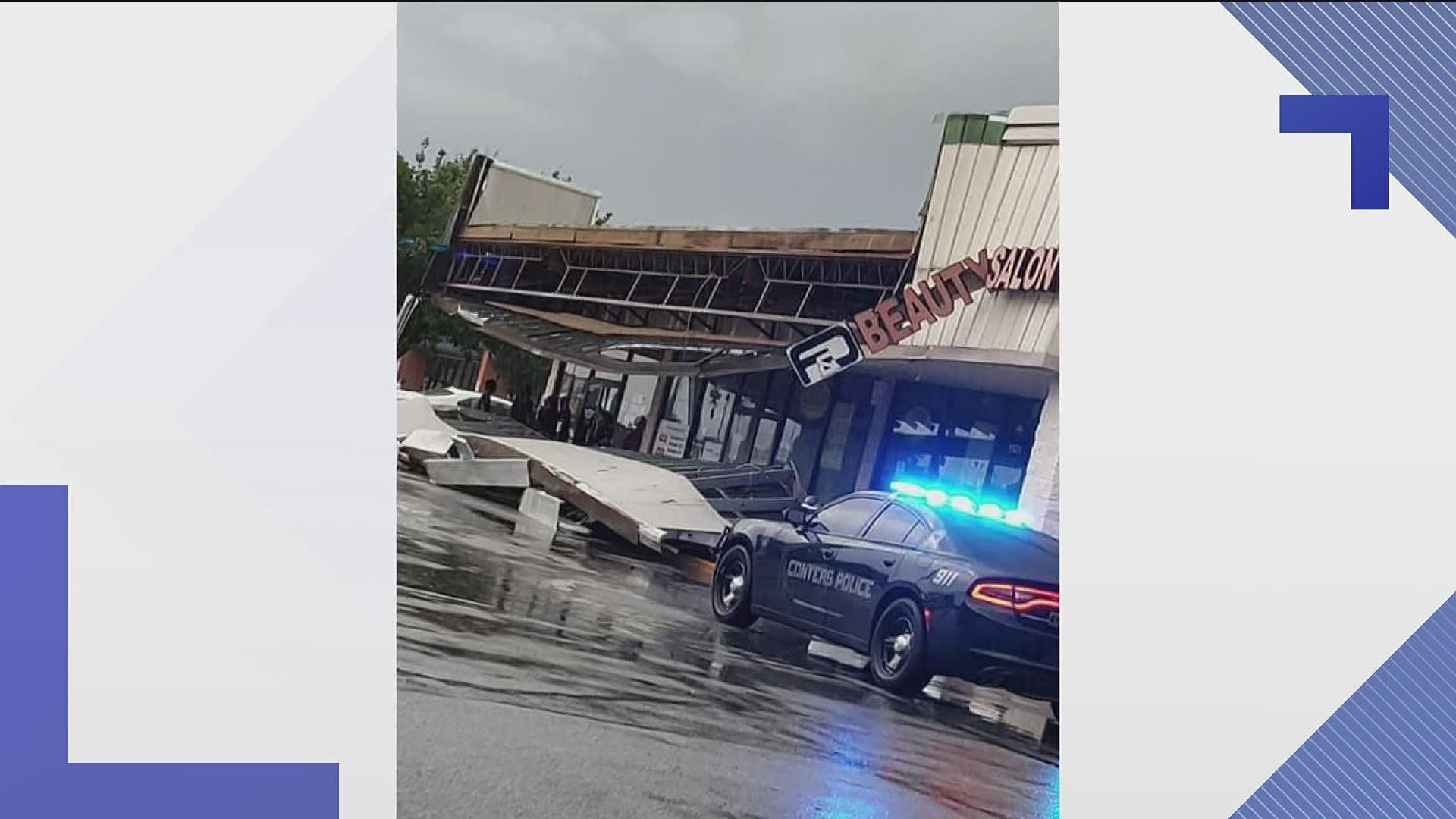 CONYERS, Ga. — Photos show the aftermath of an evening storm that moved through Conyers on Monday afternoon.

Records show no Severe Thunderstorm Warnings in the area; though, the region did have heavy rains at one point. But the initial designation of this storm system likely means little those left picking up the pieces in the hours that followed.

The Conyers Police Department has shared several pictures of trees across roads, power lines down, and trees that had fallen through homes. At least one other photo also shows the entire front end of a Conyers shopping center being ripped off. Maps show that a beauty salon and the Golden Krust Caribbean Restaurant and Bakery on McDonough Highway were among the businesses with front-side damage.

Elsewhere in the city, employees with CSX railroad were at multiple locations making repairs. Conyers Police said multiple transformers were struck by lightning and wires were down around the city.

As of 8:30, police said Georgia Power had given them know an estimated time when power would be restored in places where it was knocked out. As of 10 p.m., Georgia Power's outage map showed roughly 25 outages impacting more than 800 customers.

11Alive's Chris Holcomb is examining the information from the scene and is also speaking with the National Weather Service. Holcomb confirmed there were no warnings, no shear, or anything that would have created a tornado.

At this point, the 11Alive Stormtrackers suspect straight-line winds to be the cause of Monday evening's damage. According to the National Weather Service, straight-line winds are often mistaken for tornadoes due to the damage they cause, however, they don't have the rotating winds of a tornado and often leave trees and other debris in nearly parallel rows.

Down-bursts, or small areas of rapidly descending rain and rain-cooled air beneath a thunderstorm, are one cause of straight-line winds. The National Weather Service reports wind speeds in some stronger down-bursts can reach 100 to 150 miles per hour.

Another former of straight-line wind is known as a derecho, which is caused by the merging of any thunderstorm cells into a cluster or solid line. However, these tend to form more in the Midwest and in late spring and summer.