As day breaks, we'll get a better picture of the scope of the damage. 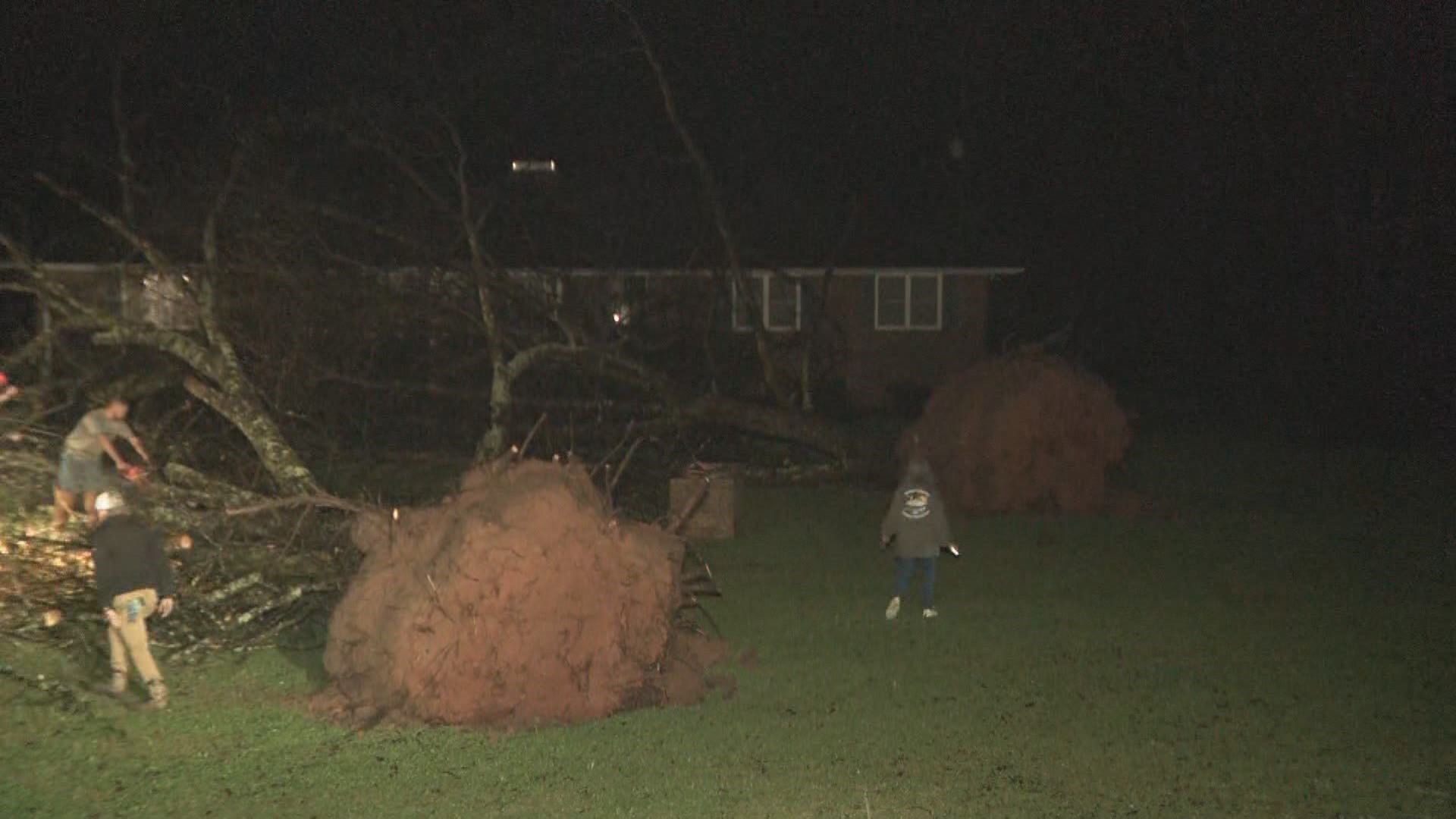 Severe weather brought heavy damage to Coweta County late Thursday night and early Friday morning. In Newnan, large trees fell on homes and on the roads, buildings were damaged and power poles snapped leaving thousands of people in the dark.

All of this damage led The Coweta County School system to make the early morning decision to stay closed.

Coweta schools announced early Friday morning that the entire district will be closed because of the weather and damage caused by the weather, according to their public information officer.

Newnan Police Department is asking people to stay off the roads because trees and power lines are down. Officials are working to both assess the damage and make the roads safe. The police department posted this plea on Facebook just after 2:00 a.m.

“Please… Get off the road in Newnan. We have a large amount of damage to include trees down and powerlines down. By you being out driving and sightseeing, It is impeding our efforts to get to people that need help.

Please bare with us. We have called in SRT, SRO, CID, command staff, and most off-duty patrol shifts to help deal with this. If you need IMMEDIATE assistance, please call 911. We are all doing the best we can. We’ll get through this.”

11Alive’s Hope Ford observed traffic lights that were out and insulation draped on power lines in Newnan.