At least 23 people were killed and crews are searching for the missing. 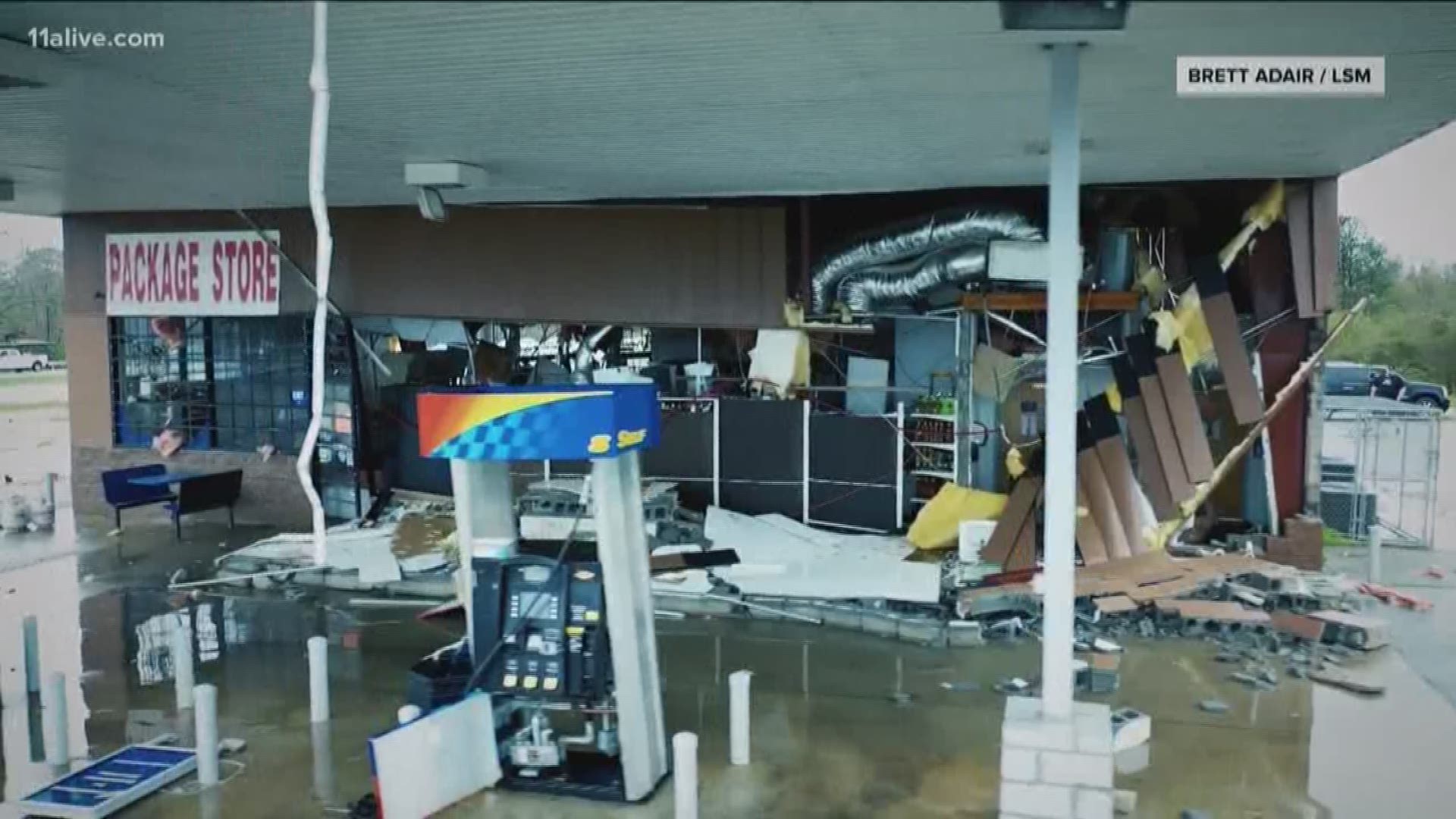 BEAUREGARD, Ala. (AP) — Rescue crews searched for victims Monday amid homes smashed to their foundations, shredded metal dangling from trees and dead animals lying in the open after at least one tornado ripped through a rural Alabama community. At least 23 people were killed, some of them children.

It was the deadliest day of tornadoes in the U.S. in nearly six years.

Traveling at least part of the way down a country road, a twister carved a trail of destruction at least half a mile wide and about a mile long Sunday afternoon, overwhelming the Lee County coroner's office, which was forced to call in help from the state, authorities said.

"It looks like someone almost just took a giant knife and scraped the ground," Sheriff Jay Jones said.

With daybreak, volunteers used chain saws to clear paths for emergency workers, while at the R&D Grocery, people asked each other if they were OK.

"I'm still thanking God I'm among the living," said John Jones, who has lived most of his life in Beauregard, an unincorporated community of roughly 10,000 people about 60 miles east of Montgomery near the Georgia state line.

The twister, rated an EF-4, with winds believed to be around 170 mph (219 kph) or higher, was part of a powerful storm system that slashed its way across the Deep South, spawning numerous tornado warnings in Georgia, South Carolina and Florida.

Patrick Marsh, warning coordination meteorologist at the National Weather Service's Storm Prediction Center, said the deaths could have come from more than one tornado. There was another likely twister reported in the county, he said.

It was the highest single-day death toll from tornadoes in the U.S. since May 2013, when an EF-5 twister killed 24 people in Moore, Oklahoma, Marsh said.

"All we could do is just hold on for life and pray," said Jonathan Clardy, who huddled with his family inside their Beauregard trailer as the tornado ripped the roof off. "It's a blessing from God that me and my young'ns are alive."

Beauregard, named for a Confederate general, is in a rural corner of the same Alabama county that is home to Auburn University. The community has a few small stores, two schools and a volunteer fire department dotting the main highway that runs through town. The sheriff estimated up to 10,000 people live in the area.

"Everybody in Beauregard is a real close-knit family," Clardy said. "Everybody knows everybody around here. Everybody is heartbroken."

Julie Morrison and her daughter-in-law picked through the ruins of Morrison's home in Beauregard, looking for keys and a wallet. They managed to salvage her husband's motorcycle boots and a Bible.

Morrison said she and her husband took shelter in the bathtub as the twister lifted their house off the ground and swept it into the woods.

"We knew we were flying because it picked the house up," Morrison said, figuring that the shower's fiberglass enclosure helped them survive. She said her son-in-law later dug them out.

The sheriff said children were among the dead, but he didn't know how many. And he said the death toll may rise as the search continues amid houses reduced to concrete slabs.

Levi Baker took a chain saw to help clear a path for ambulances and other emergency vehicles. He said he saw dead people and animals and demolished houses, with one home swept off its foundation and left in the middle of a road.

Along the hard-hit country road, giant pieces of metal from a farm building dangled from pine branches 20 feet (6 meters) in the air, making loud creaking sounds as the wind blew. For an entire mile down the road, pines were snapped in half. A mobile home crushed by two trees marked the end of the path of destruction.

An early March tornado outbreak in the Alabama-Mississippi area is not unusual, tornado experts said.

University of Georgia meteorology professor Marshall Shepherd said the weather service and its prediction center "were all over it in the days and hours before the storms."

In rural Talbotton, Georgia, about 80 miles (130 kilometers) south of Atlanta, a handful of people were injured by either powerful straight-line winds or a tornado that destroyed several mobile homes and damaged other buildings, said Leigh Ann Erenheim, director of the Talbot County Emergency Management Agency.

News footage showed smashed buildings with rooftops blown away, cars overturned and debris everywhere. Trees all around had been snapped bare of branches.

"The last check I had was between six and eight injuries," Erenheim said in a phone interview. "From what I understand it was minor injuries, though one fellow did say his leg might be broken."

She said searches of damaged homes and structures had turned up no serious injuries or deaths there. 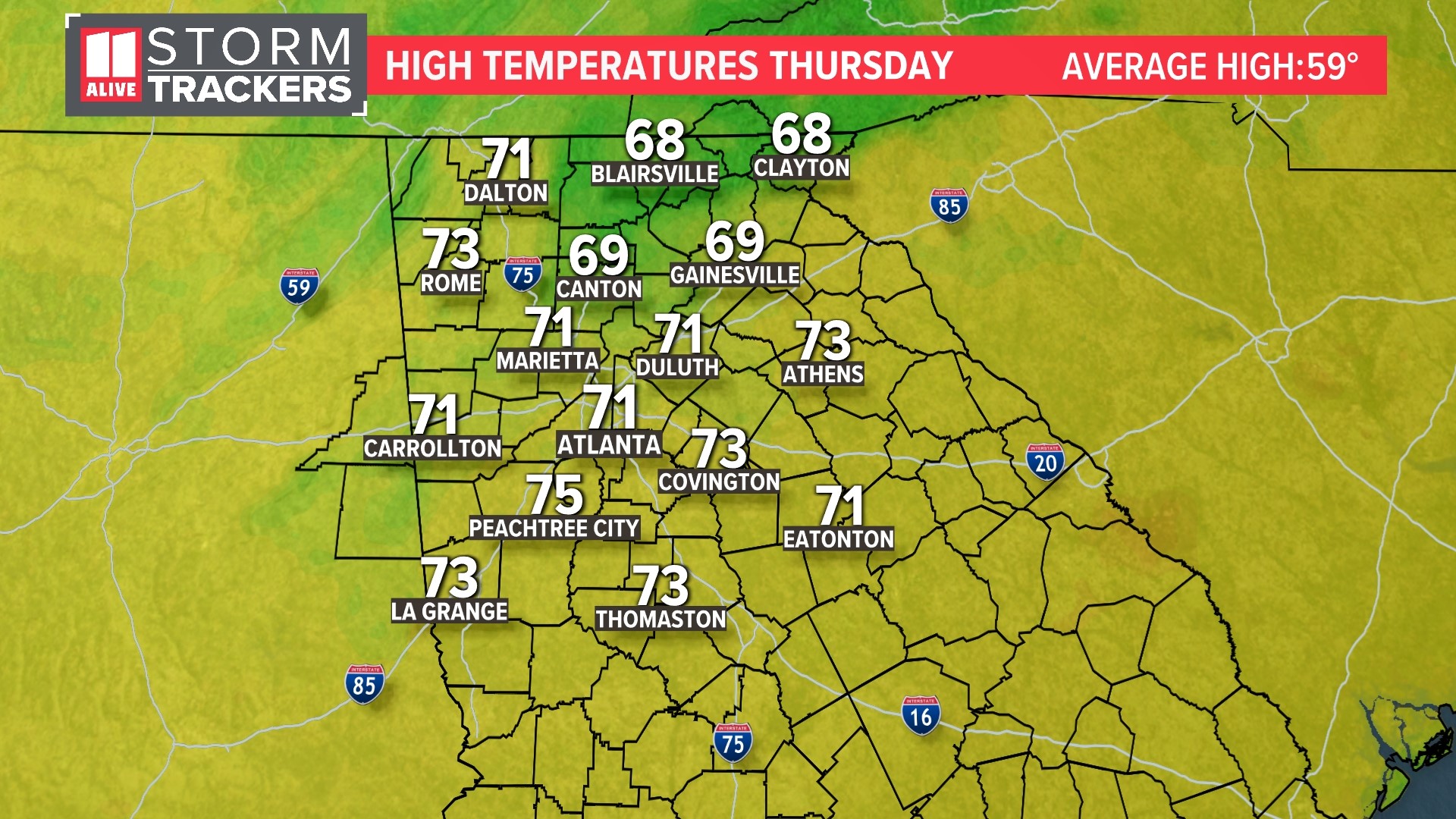