He shared his incredible story of survival with 11Alive 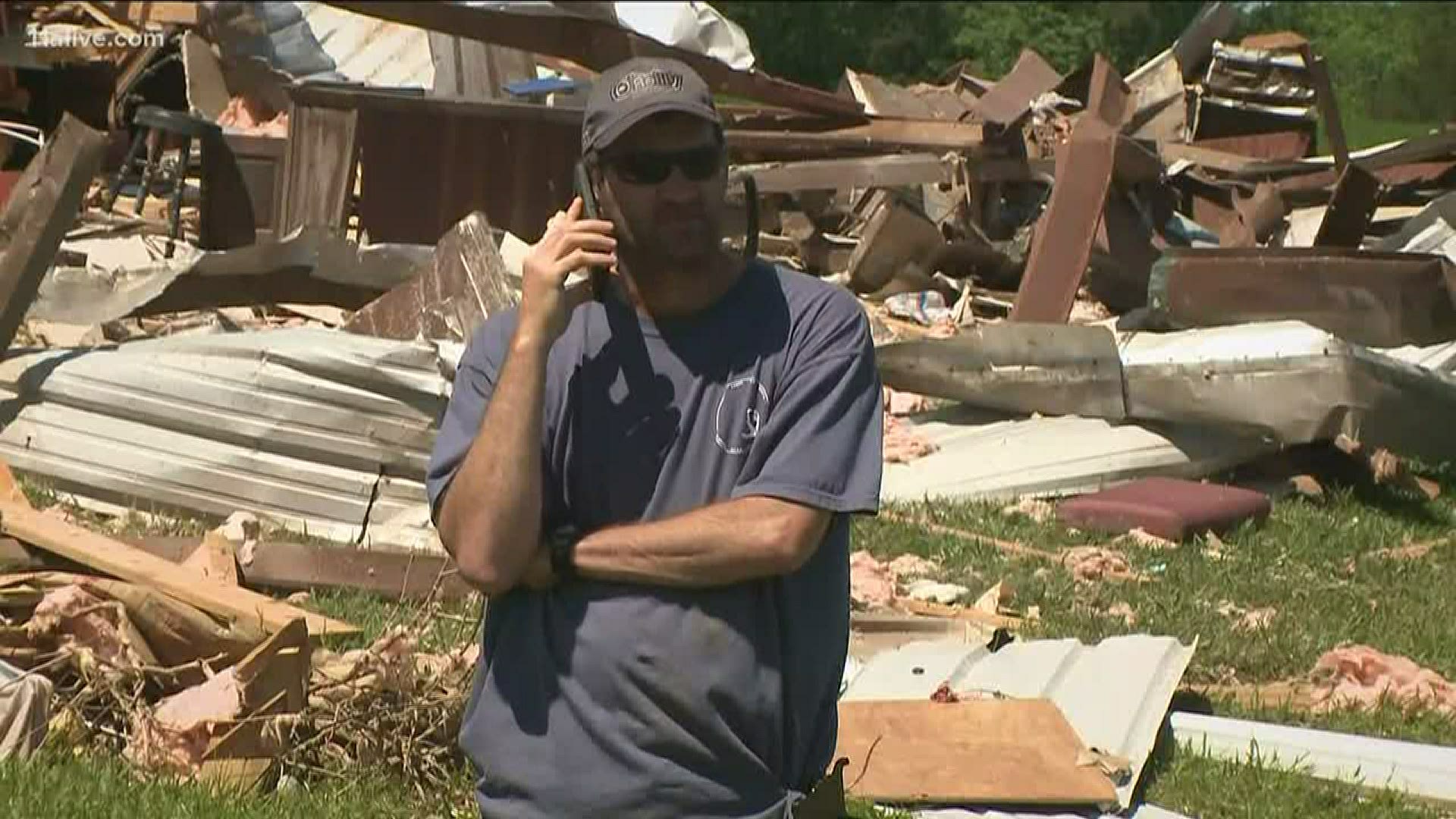 Just hours later, he was alive and well enough to tell 11Alive that he couldn't believe his life was spared after being stuck for nearly an hour.

"I was just figured this ain't the way I'm gonna die and," he said. "Good Lord above me, it wasn't."

Chris Burkett said he didn't think the storms Sunday night would destroy his home - even after he got a call around 1 a.m. that there was a tornado in Monroe County.

"Me and the dogs got up, looked outside," he said. "It was raining, lightning. Didn't see nothing, didn't hear nothing."

He said just 30 minutes later, it came out of nowhere.

"Never heard the train they talk about. Never heard nothing. Just rain," he said. "Next thing you know, there's tractors on top of me, my Jeep is in my living room and Monroe County's finest come out here and pulled me out."

The barn home had also housed airplanes, hot rods, and farm equipment. But after just 10 frightening seconds, it looked like a pile of debris.

And Burkett was somewhere underneath - and pinned down - until help arrived.

But help did come thanks to the Monroe County Sheriff's Office, Monroe County Fire and Rescue and EMS who had to cut through trees on the road to even reach him.

"Next thing I know, I'm hearing voices, seeing flashlights and they're pulling metal beams off me," he said.

Burkett said he ended up with some scrapes and bruises. But his main concern was that they couldn't find his dog, Kaia.

"A bunch of friends stayed out here for hours calling her name. She never made one sound," he said.

It was another 10 hours before they found her. Burkett said that somehow she was perfectly fine.

"We pulled the Jeep out of my living room and she come out and there was 15 folks with tears in their eyes," he said.

Now, they're picking up the pieces, but glad to be alive.

Woman killed while sheltering in place during tornado

Man dies in Cartersville after tree falls directly into bedroom